Disregard One's Own Body in Propagating the Dharma

H.H. Dharma King Living Buddha Lian-sheng Sheng-yen Lu emphasized that as a Buddhist practitioner, one must put bodhicitta into action, disregarding and forgetting one's own body in propagating the dharma!

Actually, some of these internet rumours are true, but also some are false. With both hands raised, Living Buddha Lian-sheng pointed out that his hands were not injured. He did not sustain any foot injuries at a dinner either. It's just that the beriberi was not yet cured. Therefore there was still some swelling in his feet.

While in bed last night, Grandmaster saw a dark shadow and was disturbed all night. As a result, he didn't get any sleep whatsoever.
It has now been more than 12 hours since the disturbance occurred…
Many people are concerned about Grandmaster's health. Some have even expressed a wish that he would take some time off to rest and recuperate. Grandmaster expressed his sincere gratitude towards these well-wishers. However, H.H. Living Buddha Lian-sheng emphasized that a Buddhist practitioner must remain in the world to propagate the dharma, disregarding and forgetting his own body! Even if Buddhist practitioners encounter setbacks, they need to overcome such setbacks and triumph over their body and mind. Bodhi undertakings should never be stopped. Bodhicitta must be put into action.
While Grandmaster was presiding over a homa at Rainbow Temple prior to his return to Taiwan, Golden Mother of the Jade Pond had forewarned him that he would encounter two major and three minor disasters on this trip… Why would this be so? Grandmaster did not try to find out why.
The Principal Deity of today's homa is Tiger Head Vajra, who is an emanation of Golden Mother of the Jade Pond. Therefore, the power and might of Tiger Head Vajra is equivalent to that of Golden Mother of the Jade Pond. It is hoped that through this power those who are suffering from illnesses and hardships will be free of hindrances and that all circumstances will be auspicious for them. Further, Grandmaster expressed his hope that everyone will take good care of themselves and look after their health.

At the end of his discourse, H.H. Living Buddha Lian-sheng explained to the audience that Grandmaster himself is putting into practice ''giving without fear.''
Even though Grandmaster's foot is painful and he is suffering in both body and mind, he nonetheless doesn't take any ''sick leave'' and still comes to Taiwan Lei Tsang Temple to give dharma teachings. This shows how a Buddhist practitioner triumphs over body and mind!

A cultivator must diligently practice ''generating bodhicitta, truly putting bodhicitta into action, and having the courageous bodhi heart of fearlessness!''


Interlace the fingers of both hands inwards. Straighten both thumbs and keep them apart outward like a tiger head.

Tiger Head Vajra truly has his own historical background. In the book ''Historical Chinese Myths and Legends'' he is stately and formidable.
As soon as Golden Mother of the Jade Pond inserts the Yusheng held in her hand into her hair she instantly transforms into a mighty tiger.

Tiger Head Vajra can ''bite'' unrighteous and unruly spirits and is able to ward off disasters and calamities. He is able to ''bite'' all gods of plague and pestilence including the Five Gods of Plague. Therefore, Tiger Head Vajra is not only able to protect one's residence, but is also able to protect manufactures, ranches, aquaculture, an entire country, enrich with wealth, and obtain water.
The power of the Tiger Head Vajra is extraordinary!
He can also summon wind and rain. He has a command flag in his hand. Golden Mother of the Jade Pond holds a command flag and it is this command flag which she holds. In ancient times, a yellow flag held by someone was called an apricot yellow flag. If this apricot yellow flag has Golden Mother of the Jade Pond's decree on it, then it will be extraordinary. It can summon wind and rain. Command the wind to come, the wind will come. Command rain to fall, the rain will fall. This is called summoning wind and rain.
Hence, if one enshrines this image of the Golden Mother of the Jade Pond riding on the Tiger Head Vajra in the home shrine, all disasters will be be eradicated.

When evaluating feng shui of a ''yang zhai,'' a residence, or a ''yin zhai,'' a grave, in places with unfavorable feng shui one can enshrine the Tiger Head Vajra who then will ''bite away'' any evil invasions. When there is something bad, as soon as Tiger Head Vajra descends all will naturally turn out well. This is the benefit.

Tiger Head Vajra Mantra is 「Om。jin-mu。sid-dhi。hum。hum。pei。」His mudra is to interlace the fingers of both hands inward. Straighten both thumbs and keep them apart outward like a tiger head. You are able to practice the dharma of this deity with his image, mantra, and mudra available. 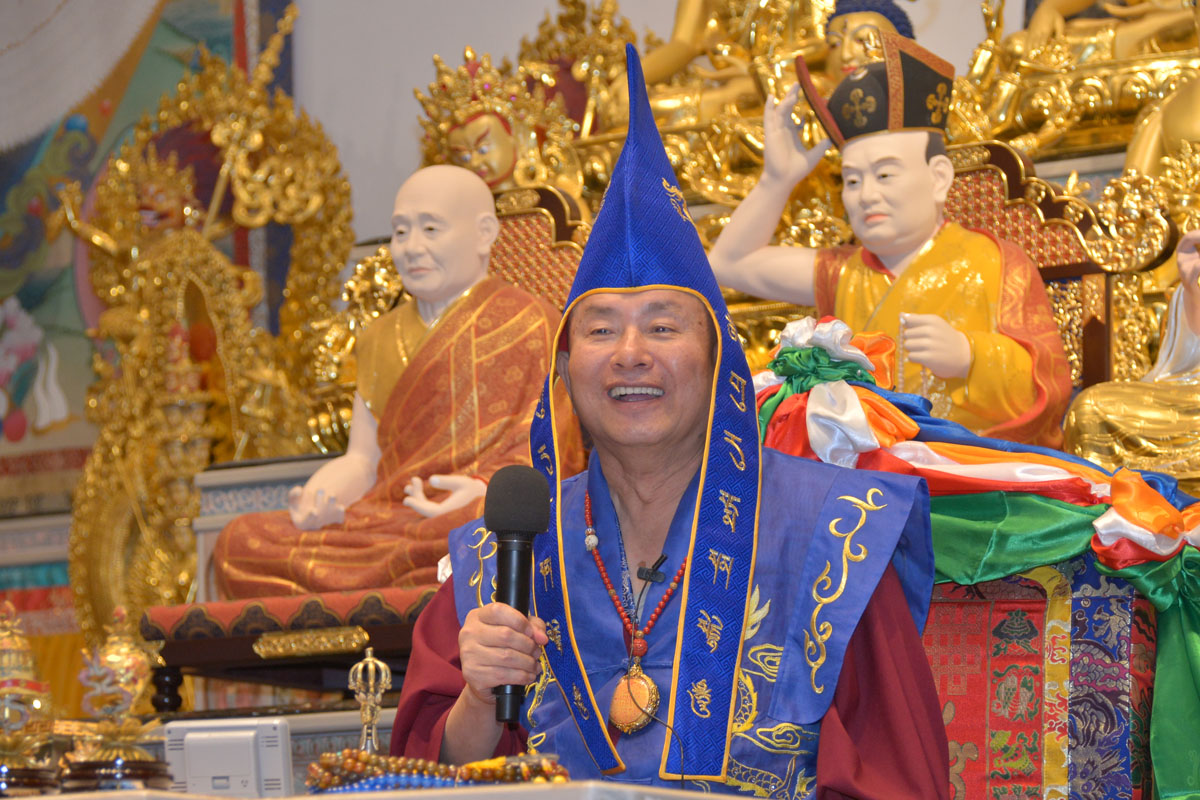 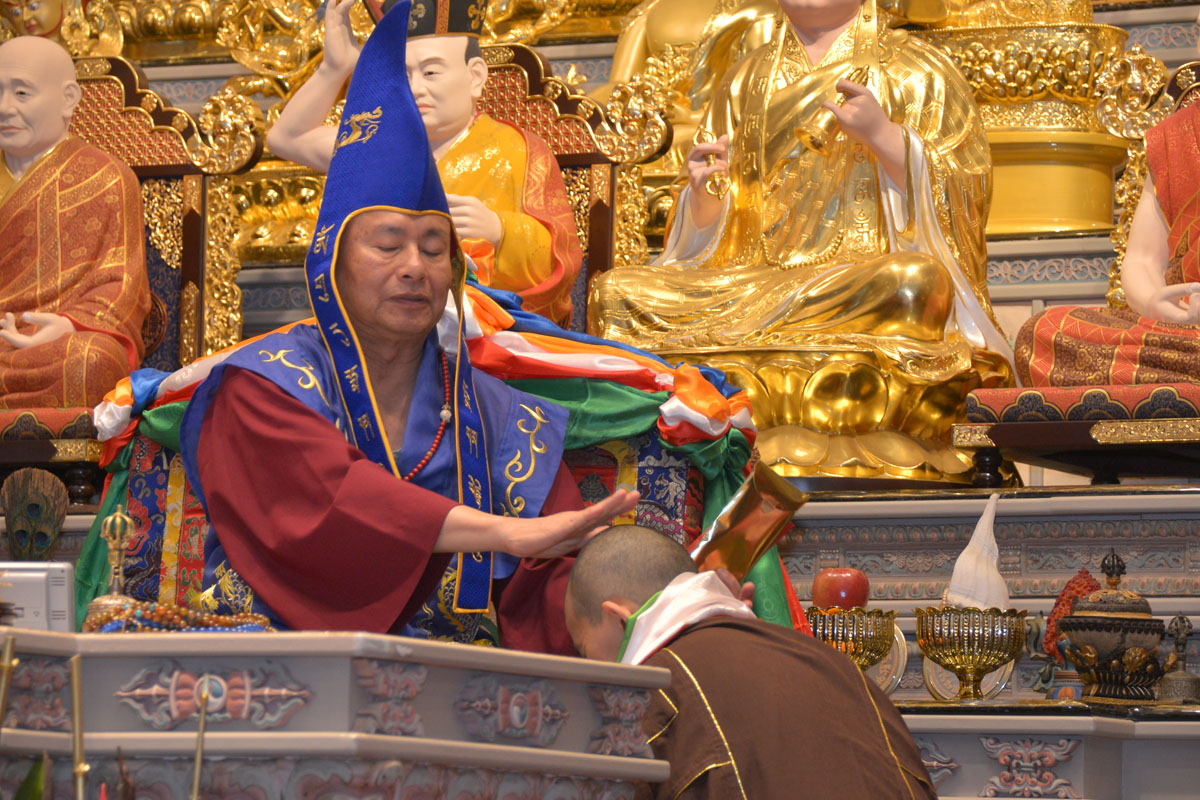 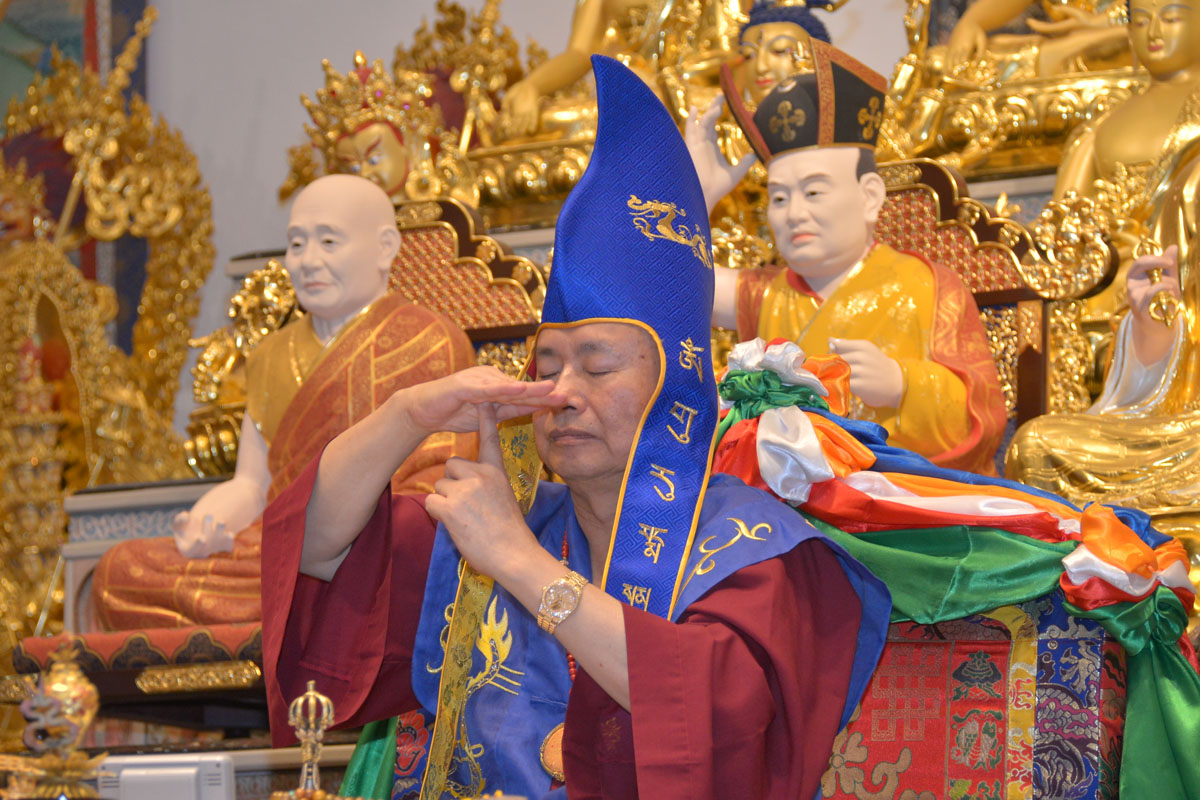 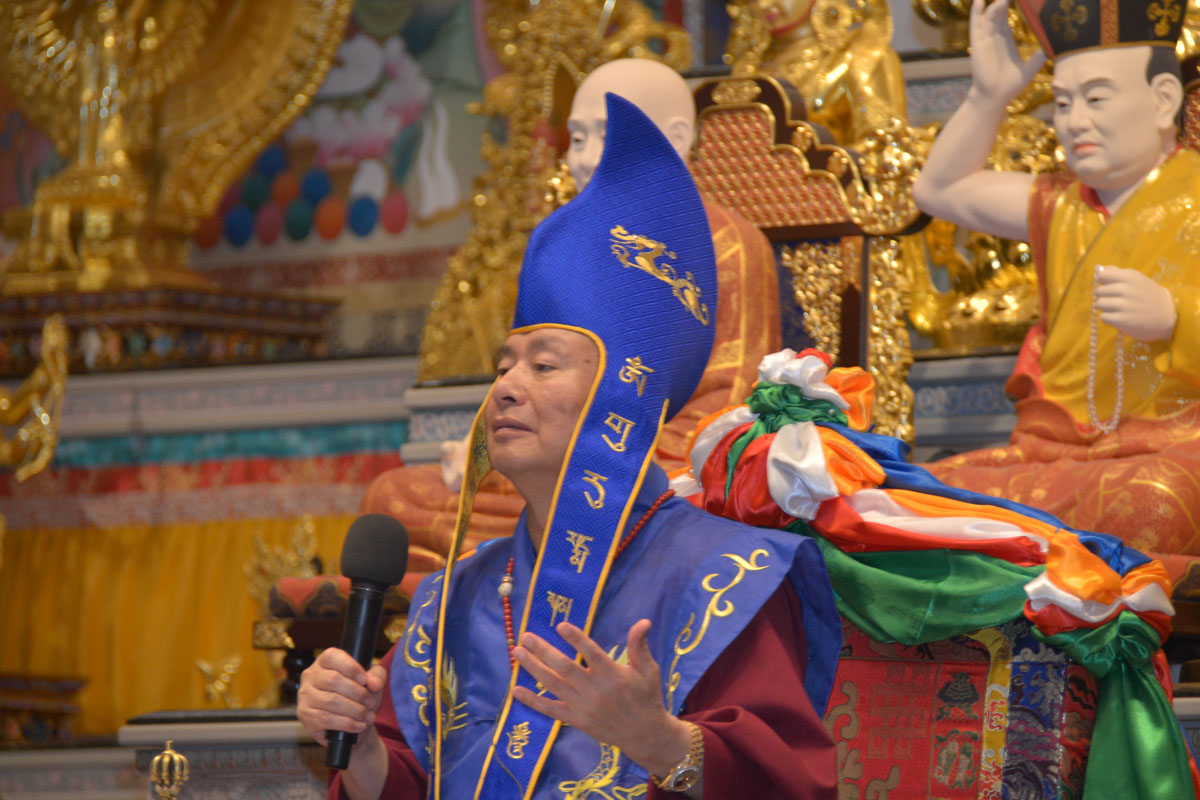 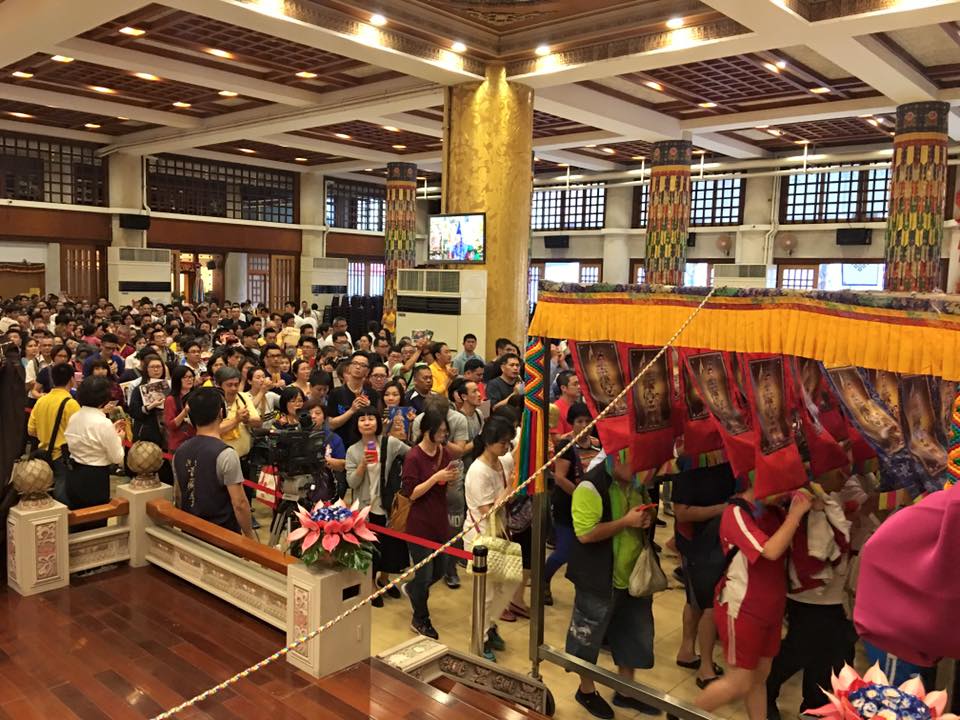 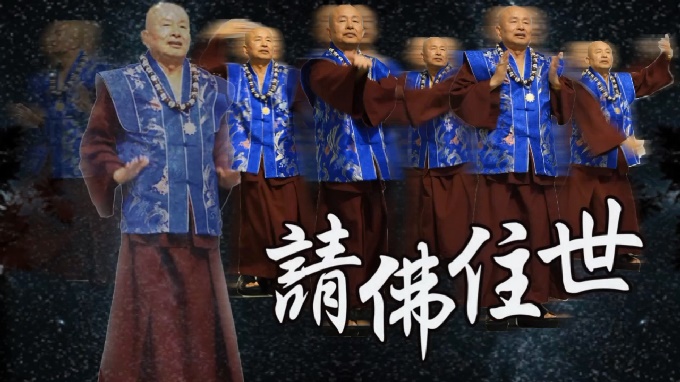 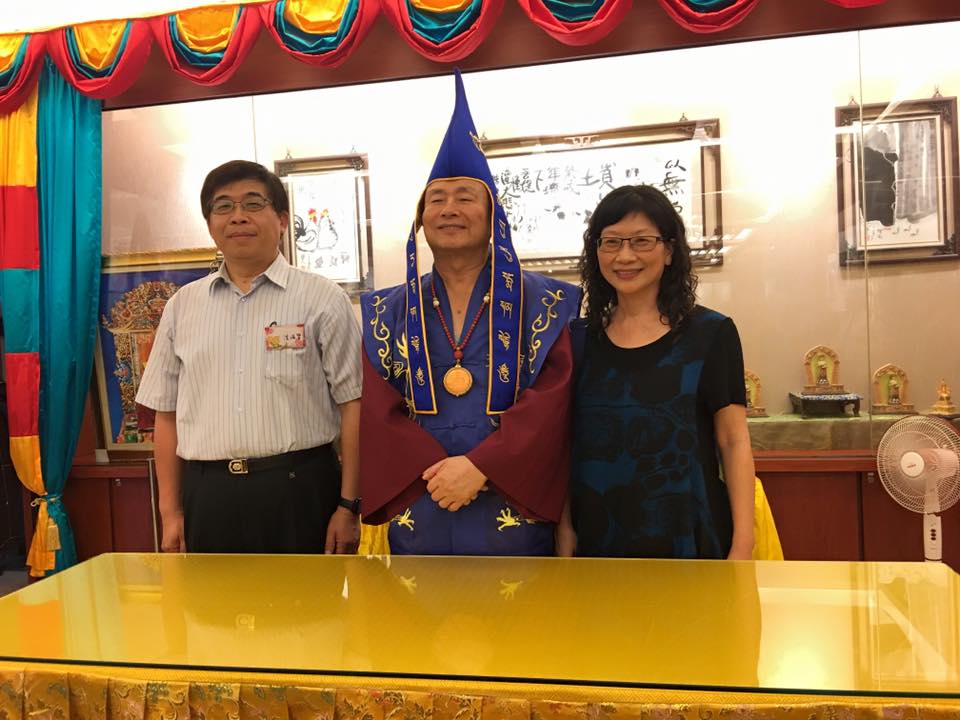 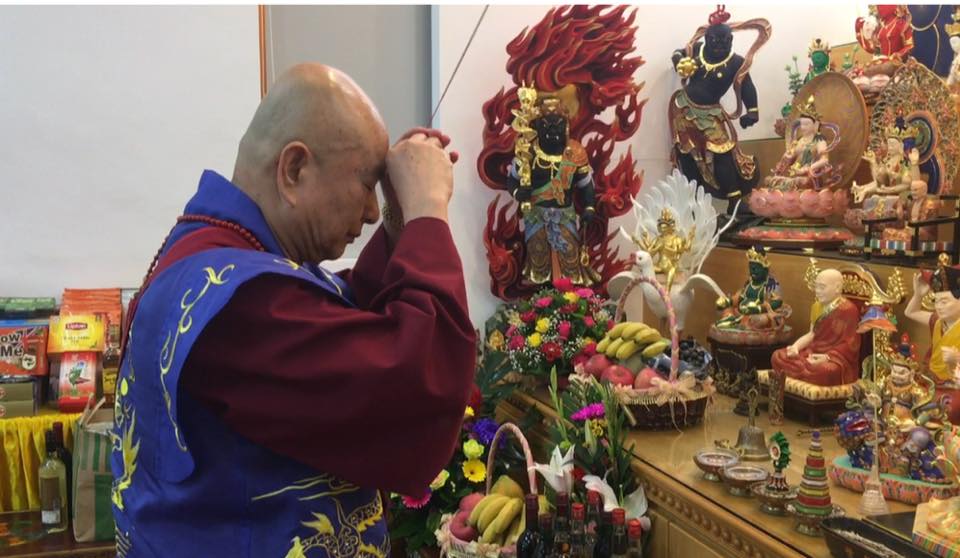 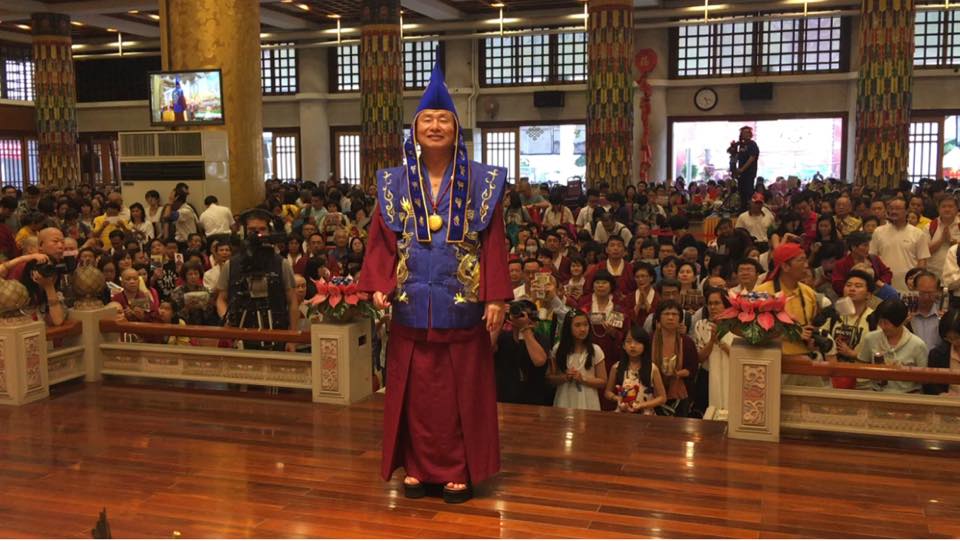