All Phenomena Are Impermanent

H.H. Living Buddha Lian-sheng mentioned that Shakyamuni Buddha's enlightenment to the ''impermanence of all phenomena'' was a realization that he's recently been able to relate to on a profound level. By collectively chanting for ''Buddha to remain in the world'' disciples have demonstrated the great care and concern that exists between the Guru and his disciples.


【Reported by Shi Liandian in Nantou, Translated by Lynn Ang, Edited by Henry Wolf and DJ Chang】
On Apr 30, Dharma King Living Buddha Lian-sheng Sheng-yen Lu presided over a Shakyamuni Buddha Homa Ceremony at Taiwan Lei Tsang Temple and bestowed empowerment for the Shakyamuni Buddha Uncommon Practice and Shakyamuni Merit King Practice. This was followed by a dharma discourse on the Nine Stage Dharma Practice of the Great Perfection (Dzogchen).

Following the homa, Living Buddha Lian-sheng mentioned that Shakyamuni Buddha's enlightenment to the ''impermanence of all phenomena'' was a realization that he's recently been able to relate to on a profound level. The touching supplication by disciples for ''Buddha to stay in the world'' demonstrates the deep care and concern that exists between the Guru and his disciples. Additionally, Grandmaster expressed his heartfelt appreciation for the dedication of the merit of mantra recitations, spiritual cultivation, repentance practice, etc. by so many disciples.

Grandmaster pointed out that Shakyamuni, in his discourse to his disciples on the true meaning of the Three Dharma Seals and Four Noble Truths taught that the agony associated with suffering from illness is the most extreme suffering. In fact, when Grandmaster bestows blessings on disciples by placing his hand on their heads one by one and observes the pain his disciples endure from their illnesses, Grandmaster can't help but feel compassion and his heart aches knowing that disciples suffer greatly from illnesses and yet bear the pain with strength and resilience. Therefore, Grandmaster remarked ''Heroes do not cry easily. This is only because their sadness is not yet beyond endurance.''

Prior to his departure from Seattle, Golden Mother forewarned Grandmaster that he would encounter two major and three minor disasters. Grandmaster has himself felt the ''impermanence'' of this world. The Buddha's teachings on ''Path'' are only too real. No one can escape impermanence once it has arrived. Most people are affected in both body and mind by ''suffering caused by illness.'' One must therefore cultivate the practice of the Four Immeasurables and ''exchange of self with others'' at all times.

The salvation of sentient beings is truly difficult. Reverend Liaoming, Grandmaster's own Master, lived more than 100 years. He had the strongest vitality. On the other hand, H.H. the 16th Karmapa died from stomach cancer and Guru Thubten Dargye died from lung cancer…. While Sakyamuni Buddha was alive he suffered from migraine headaches, bone spurs, gastroenteritis etc. These illnesses all involved severe suffering.

Due to his head ''splitting into eight petals'' many years ago, Living Buddha Lian-sheng also deeply realized the pain and suffering of illness in the human realm. So how can one be truly liberated from suffering and hardships? A Buddhist practitioner should realize that ultimately, this world is nothing but ''emptiness.'' It is through this ''emptiness'' that one attains the blissful state.

At the end of his dharma discourse, Living Buddha Lian-sheng extended his best wishes, encouragement and blessings to everyone. Grandmaster hopes that within the all-illuminating light of the Buddha ''everyone will be free of illness!''

Let's Chant Together for Buddha to Stay in the World

Everyone please continue to chant the mantra and dedicate the merit. The total count as of the moment of this writing is 7,194,723 and rising rapidly daily…
All TBS practitioners, dharma promoters, and cultivation venues please dedicate the merit of any style or form, such as cultivation, mantra chanting, repentance, fire offering, etc. to Grandmaster and single-mindedly supplicate for Grandmaster's health, longevity, and staying in the world.
Click here to record the Amitayus recitation count
Living Buddha Lian-sheng reciting Amitayus Mantra video: https://youtu.be/XOHI14IgS-8 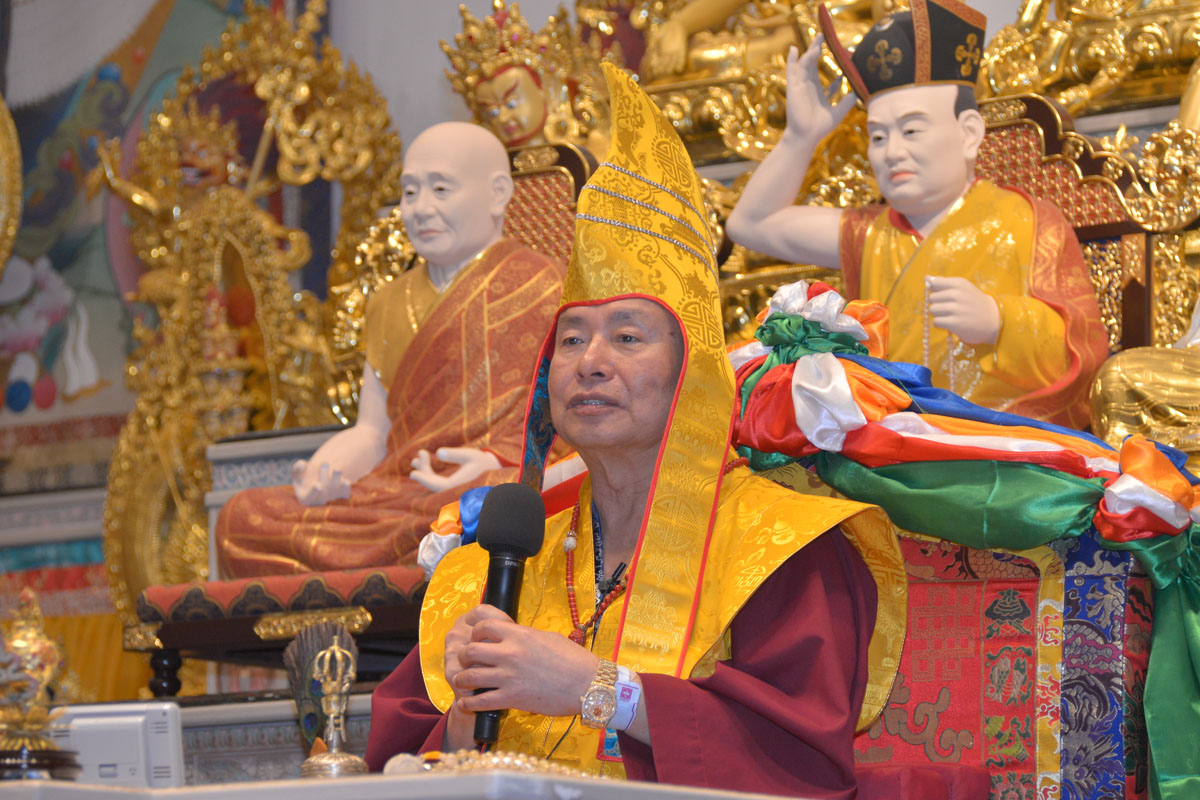 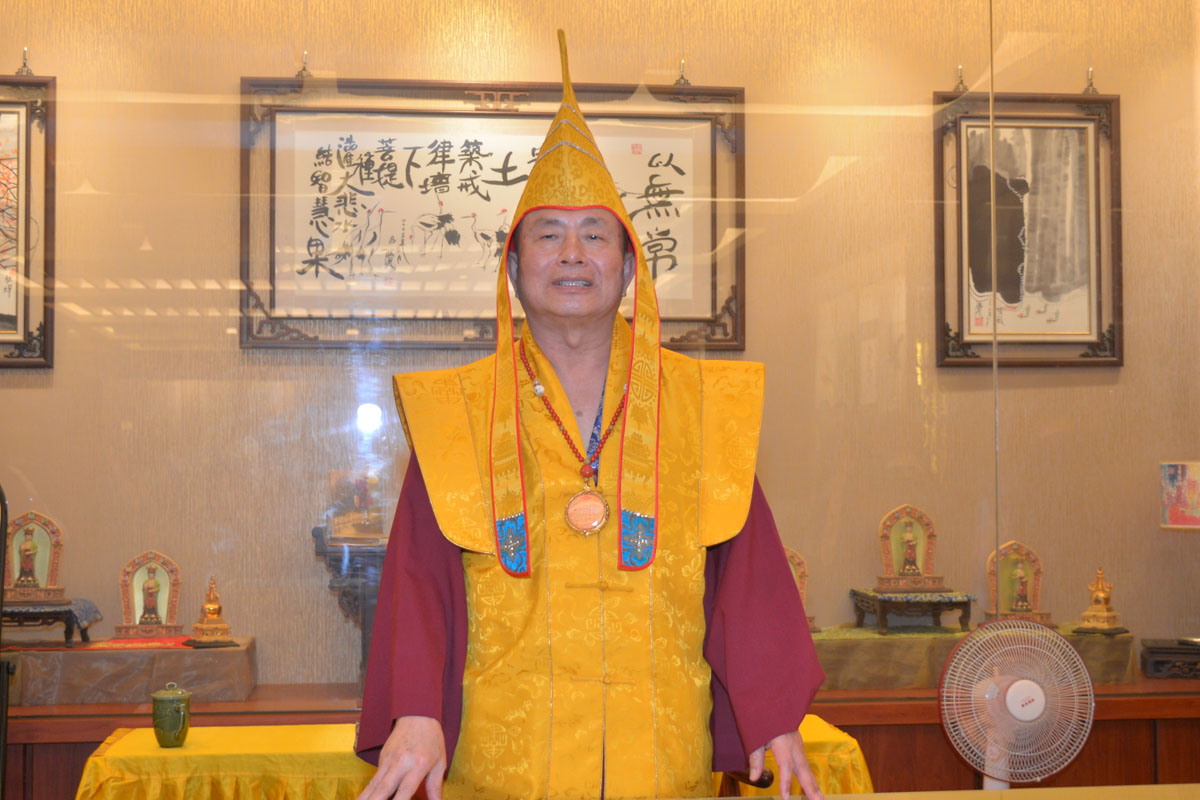 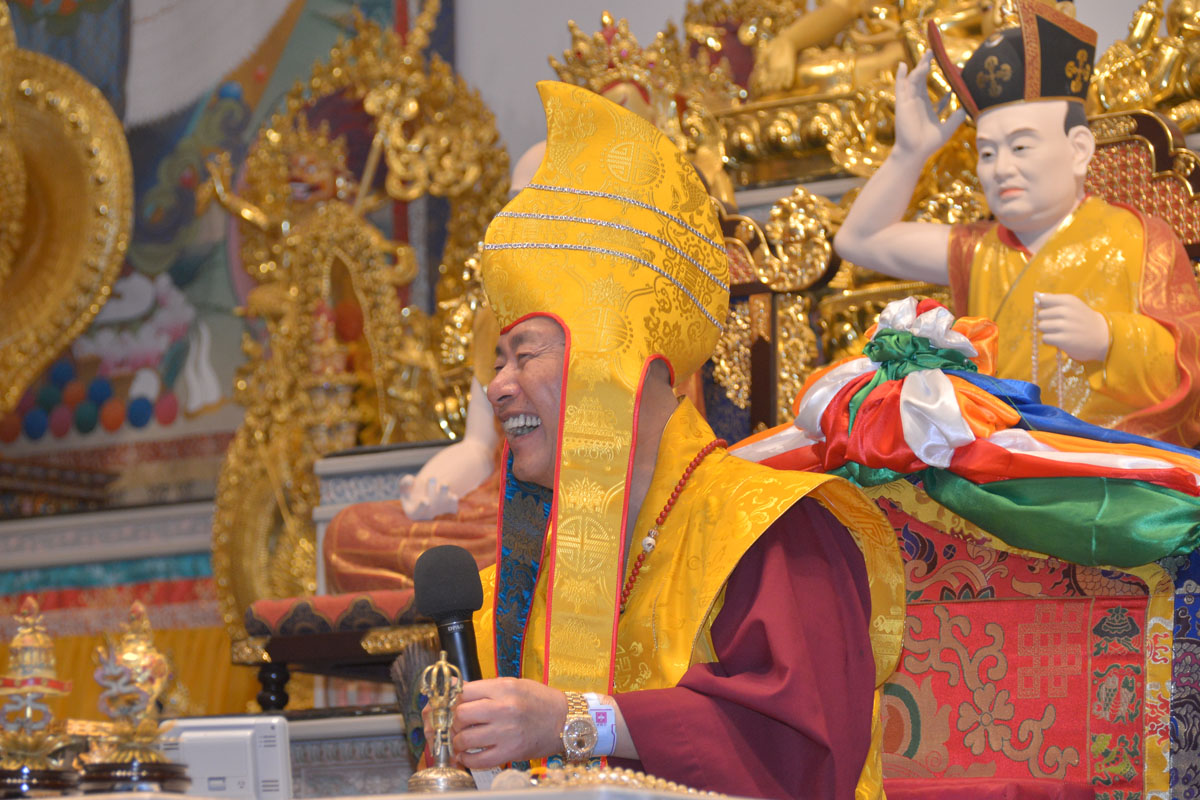 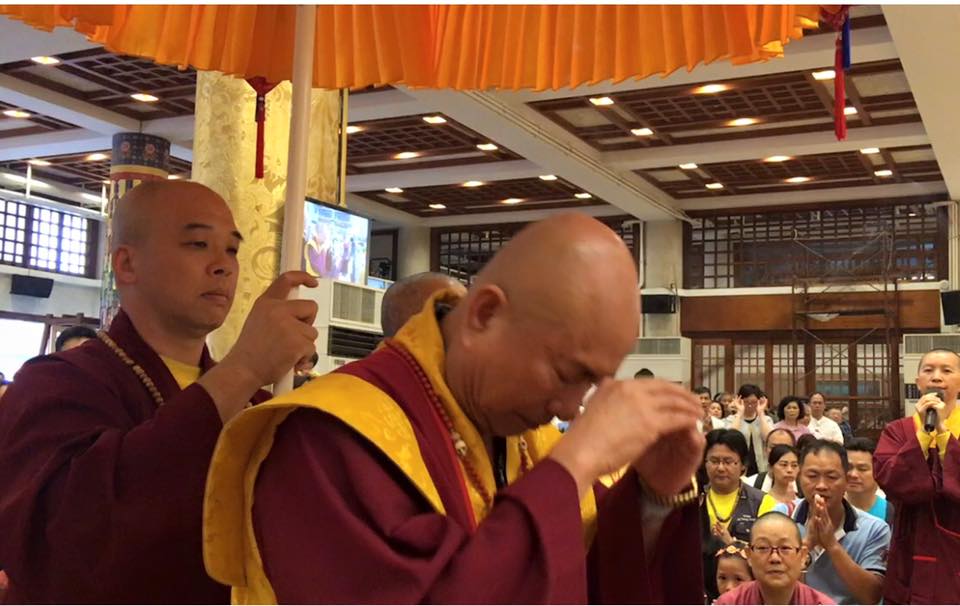 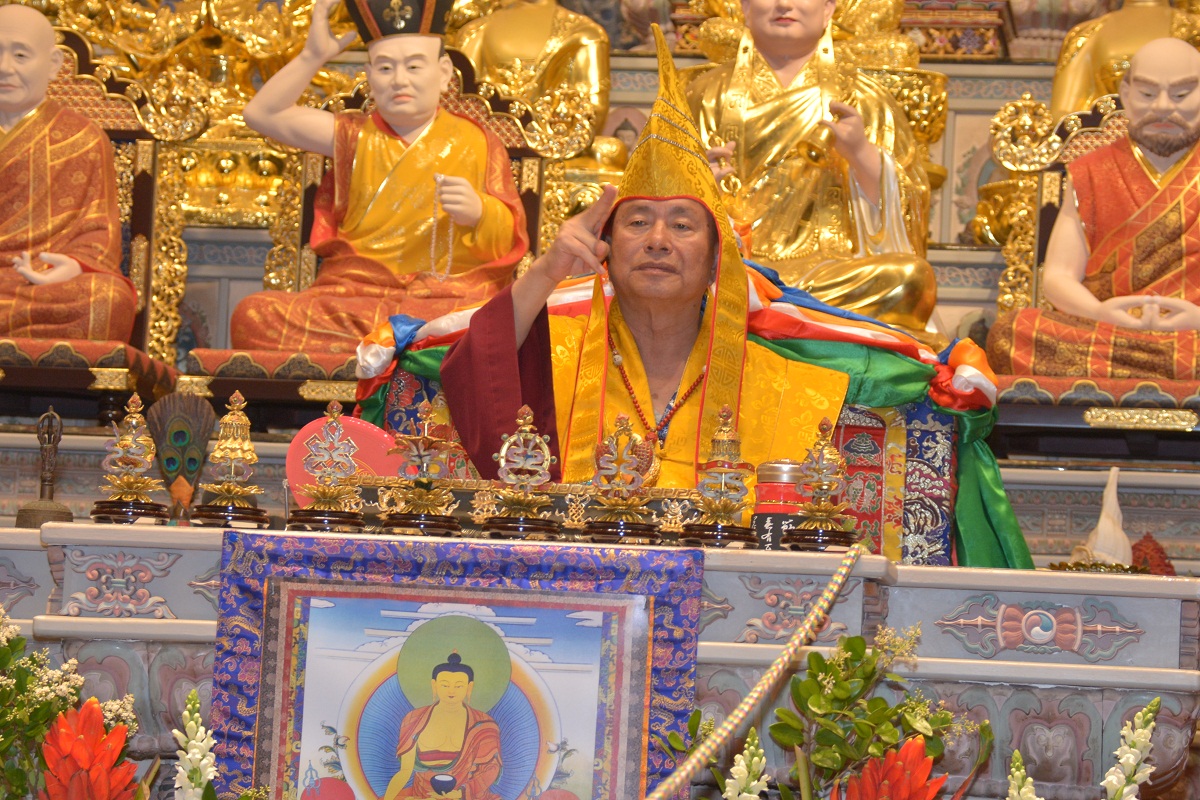 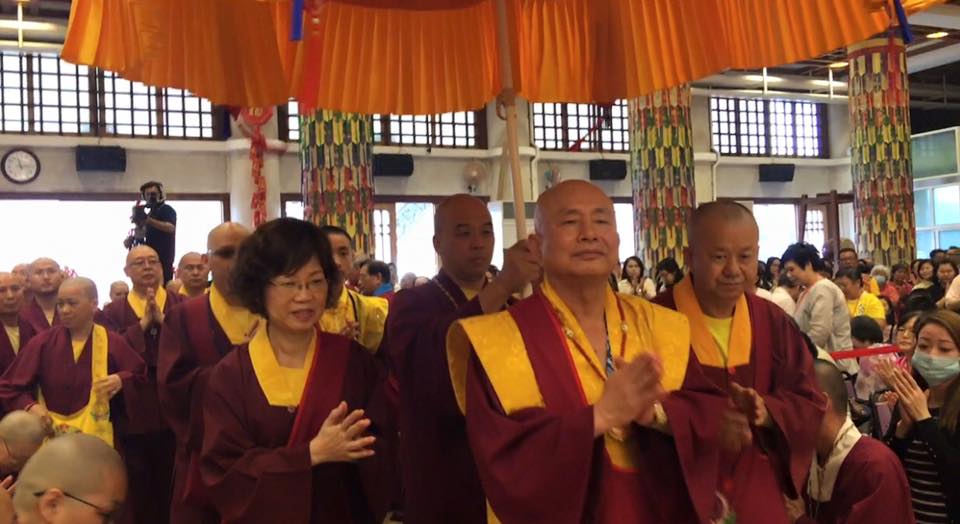 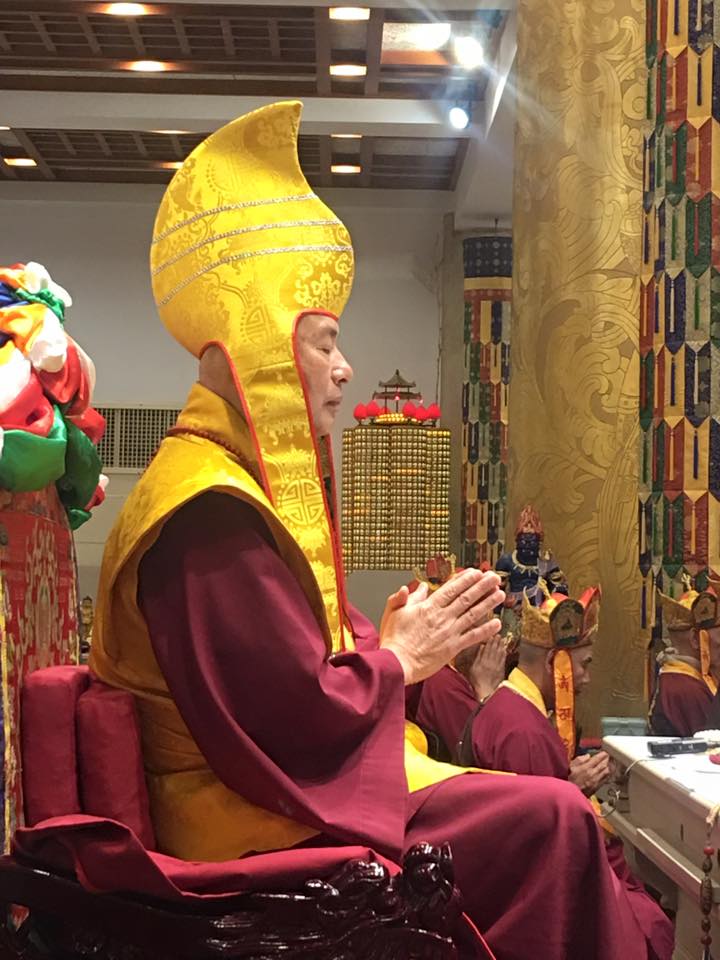