What Must TBS Disciples Know About?

TBS disciples must know and clearly understand the significance of ''TBS lineage.'' This is of utmost importance! How does one tell the difference between an authentic master and a fake master? A ''fake master'' will crave fame, fortune, and extensive territory! An ''authentic master'' dedicates himself completely to his disciples, cares deeply about all sentient beings, and generates bodhicitta.

Following the homa ceremony, Living Buddha Lian-sheng first remarked that there was an extremely powerful spiritual response from today's principal deity Mahamayuri. The dharma throne was transformed into a large peacock which flew up into space, circled around outside one time, and then returned.

Living buddha Lian-sheng went on to mention that the Sheng-yen Lu Foundation continues to make contributions to disaster relief activities all over the world, including the earthquake disasters in Wenchuan, Gansu, and Yushu, Qinghai. The foundation is also continuing to provide assistance with the work of reconstruction following the earthquake in Nepal… .

The recent massive earthquake in Kumamoto, Japan was extremely destructive. Nowadays, the sky is moving and so is the earth?We hope that during today's ceremony we can supplicate Mahamayuri Vidyarajni, who holds a white lotus to symbolize ''calamity eradication'' (eradication of all disasters); a yellow auspicious fruit which symbolizes ''enrichment'' (enhancement of all good fortune); a red matuluvga which symbolizes ''love and respect'' (fulfillment of all affinites); and a peacock feather which symbolizes ''subjugation'' (subjugation of evil hindrances).

When practicing her Earthquake Suppression Practice, one must pay close attention to the gathering of soil. Soil must be gathered from each point of the four directions. If the total weight of the soil gathered is one kilogram, that exact same weight must be returned to its original sources. No more and no less weight!

A peacock can eat poison. It is able to completely consume all the chemical toxins in your body. Your body will then be free of poisons. You will be healthy, have a long life, and have self-mastery. After eating poisonous substances, peacocks will take on a glow. They will become radiant and their feathers will become even more beautiful. In our society there are those who take Ketamine or other toxic substances. If these people recite the Mahamayuri mantra they can purify themselves of these toxins.

Living Buddha Lian-sheng went on to say that Ms. Nuntaya Komarakul na nakorn (Ying) of Deju Cultivation Association in Thailand has won the lottery 48 times. Since attending Grandmaster's debut transmission of Red Manohara Vasudhara Dharma Ceremony she has been practicing this dharma and has been continuously winning the lottery (the Thailand lottery prize drawing is held monthly on the 1st and 16th). She has been winning about NT$ 100,000 - NT$ 200,000 per month in lottery prizes.
In addition, there is a Mr. Patsin Hirunboonyawat (Aun) who had never taken refuge in Grandmaster. Aun visited a bookstore several times, and he would often walk by the section where there were translations of Grandmaster's books into Thai. One day as Aun was passing by the section containing books by Living Buddha Lian-sheng Sheng-yen Lu, he suddenly heard a voice calling out ''Buy me! Take me home and read me!''

As soon as Aun heard this he felt it was very strange and mysterious, but he did as the voice said. After he finished Grandmaster's first book, The Power of Mantra, Aun was deeply moved by Grandmaster's magnificent and real spiritual attainments and firmly decided to take refuge in Living Buddha Lian-sheng.

There was also Miss Patrapornpipat Amonpichit (Pat), who worked as a fortune teller. For two consecutive days Pat heard Grandmaster's books in the bookstore next door calling out to her and telling her to ''Take a look! Read!'' When on the third day she continuously heard this same voice calling out to her again, Pat responded ''Although I had previously tried to practice Buddhism, I felt that the path of Buddhism was too difficult for me.'' Despite this, Grandmaster's books spoke out to her saying ''Just try! Open your mind to the teachings!''

Thereupon, on that day Pat bought the Thai translation of the book Encounters with the World of Spirits. When she had finished reading it she was deeply moved by the profound meaning of this spiritual book and thought it was truly marvelous. Thereafter, Pat and her sisters took refuge in Living Buddha Lian-sheng. The books of Living Buddha Lian-sheng can radiate light, speak out, and attract sentient beings. It's just really incredible!

The miracles that occurred during the Mahottara Dharma Ceremony on 2/28 were also marvelous. One of the miracles occurred when Reverend Liancheng put his hand over a tumor on his body. As a result the tumor vanished the next day! Master Liandian's mother of was not even present at the dharma ceremony venue, she was at home. But she did what Grandmaster said and put her hand on her abdomen, and a tumor that was there just disappeared!

There was another person who, during Grandmaster's book signing activity, broke down in tears as he thanked Grandmaster for a blessing Grandmaster had given him which miraculously cured his illness. All of these miracles are going to be included in a book.

The earliest period of the buddhadharma discoursed by Shakyamuni is known as ''original Buddhism'' or ''Zhenzang.'' The second period is known as ''sectarian Buddhism.'' These two periods were followed by Hinayana, Mahayana, and Vajrayana Buddhism.

Living Buddha Lian-sheng strongly emphasized that an authentic lineage is of utmost importance! There is a big difference between high level spirits and low level spirits!
As long as one embraces the True Buddha School lineage it doesn't matter if one's faith is pure or just so-so. The day will come when one's affinity with Buddhism will increase and grow stronger. If one should lose or sever the lineage transmission, how sad that would be!

The 16th Karmapa once remarked, ''How does one distinguish between an authentic master and a fake master?'' A fake master is greedy for fame and fortune and wants to expand his territory! An authentic master lives entirely for his disciples, cares deeply for all sentient beings, and generates bodhicitta.

Nowadays, people enjoy spreading lies and it is all too easy for people to violate the precept against false speech. But buddhist disciples must uphold the Five Precepts. Buddhist disciples must clearly understand the meaning of ''impermanence:'' mind, people, and the world are constantly transforming. The most important aspect of upholding and honoring the teachings of Shakyamuni Buddha is ''true reality!'' By understanding ''true reality'' one will attain the Great Perfection. 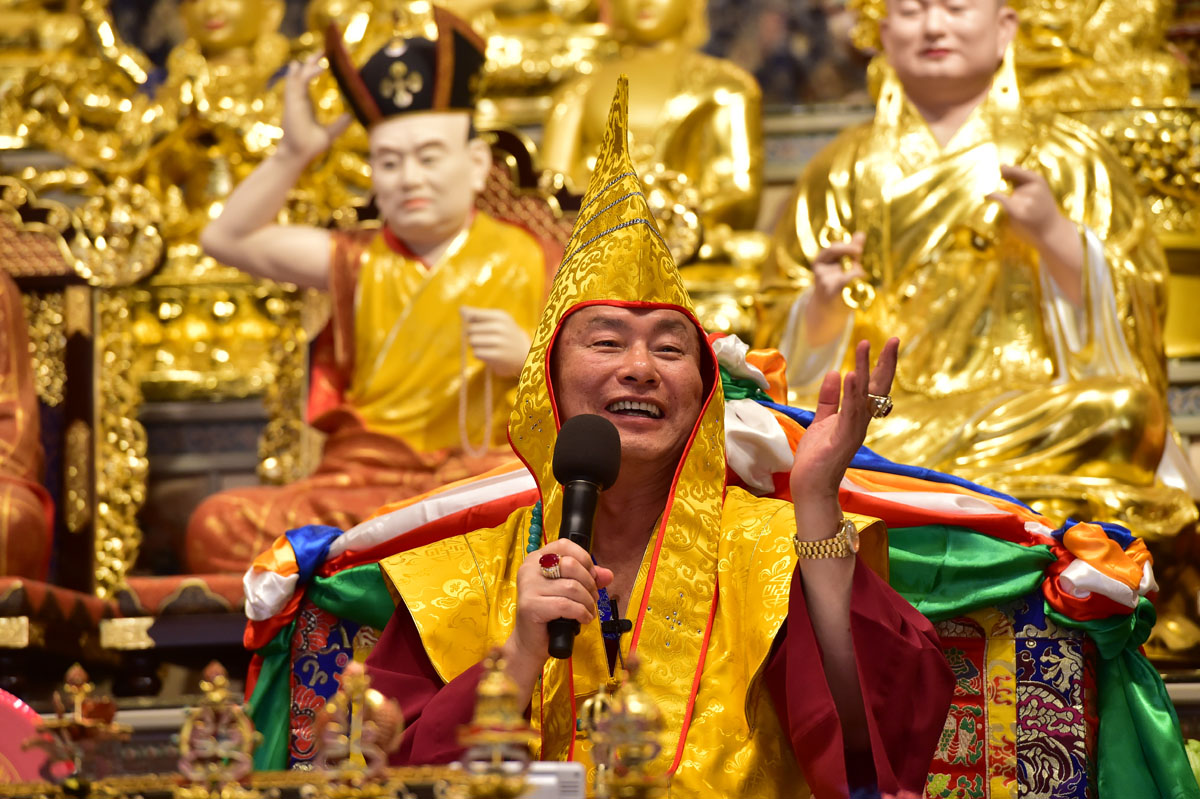 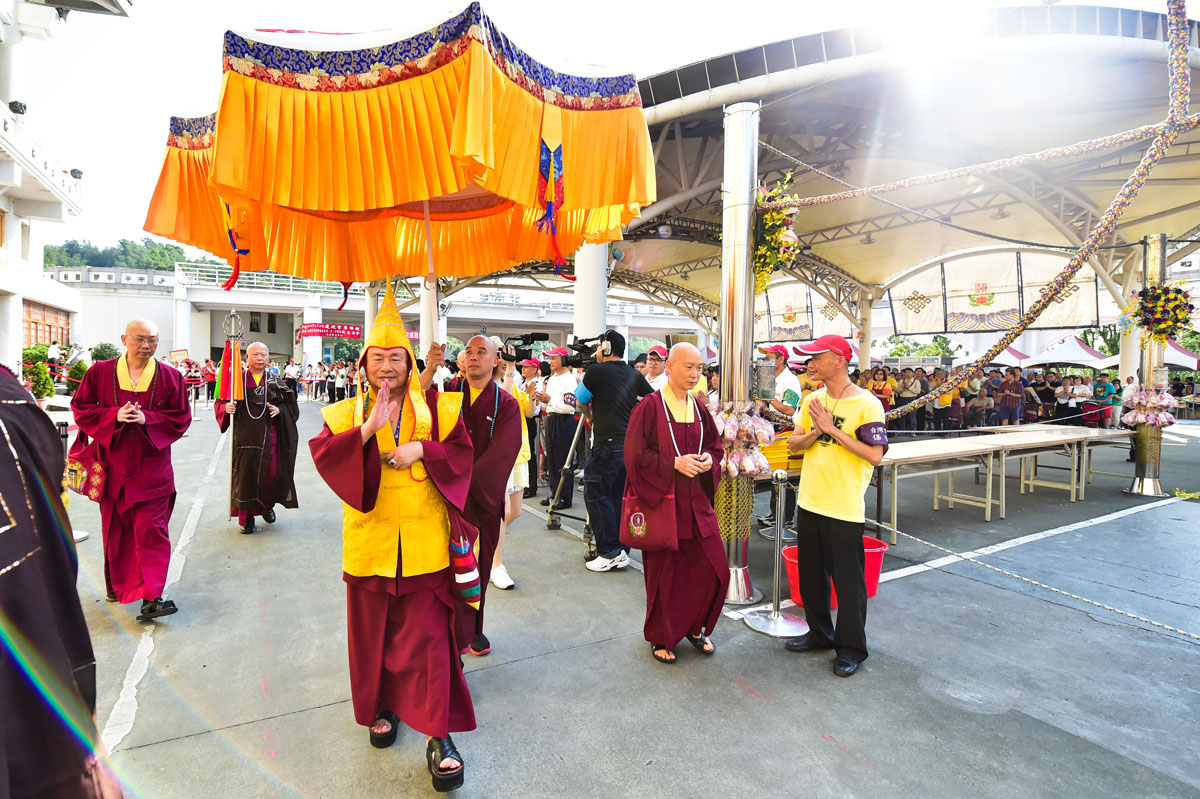 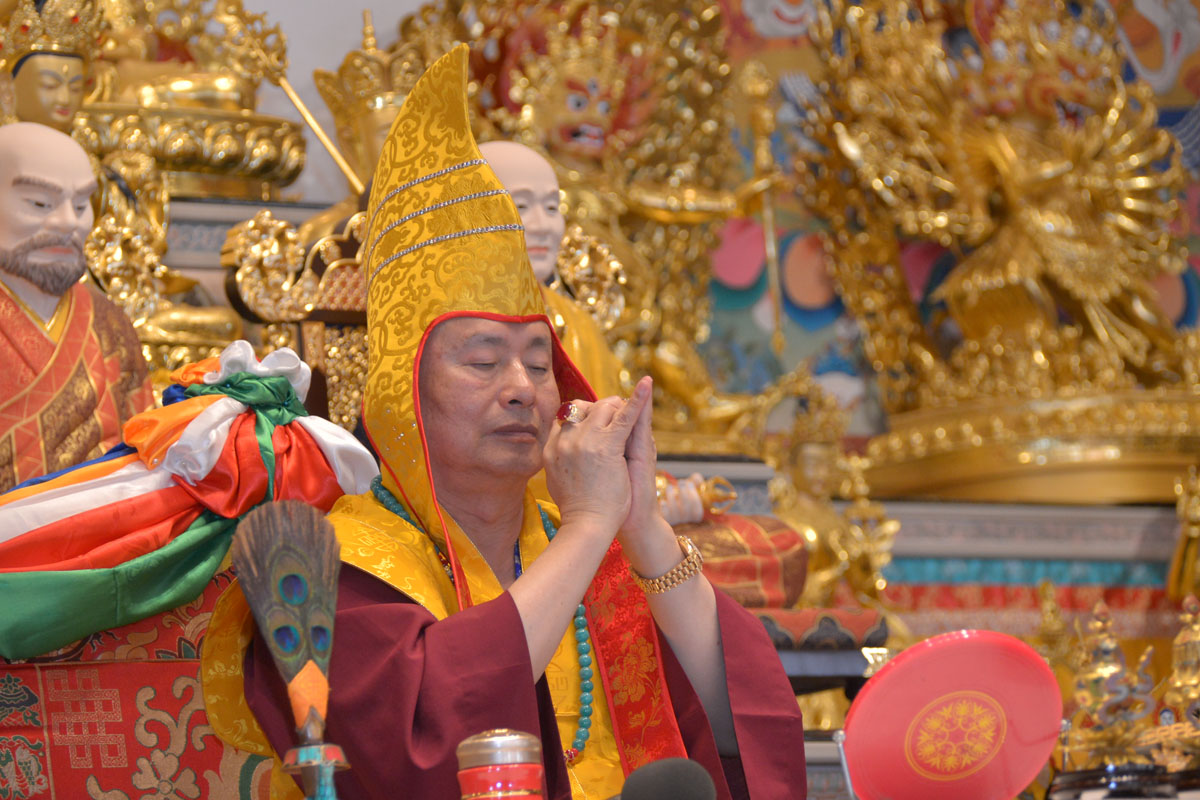 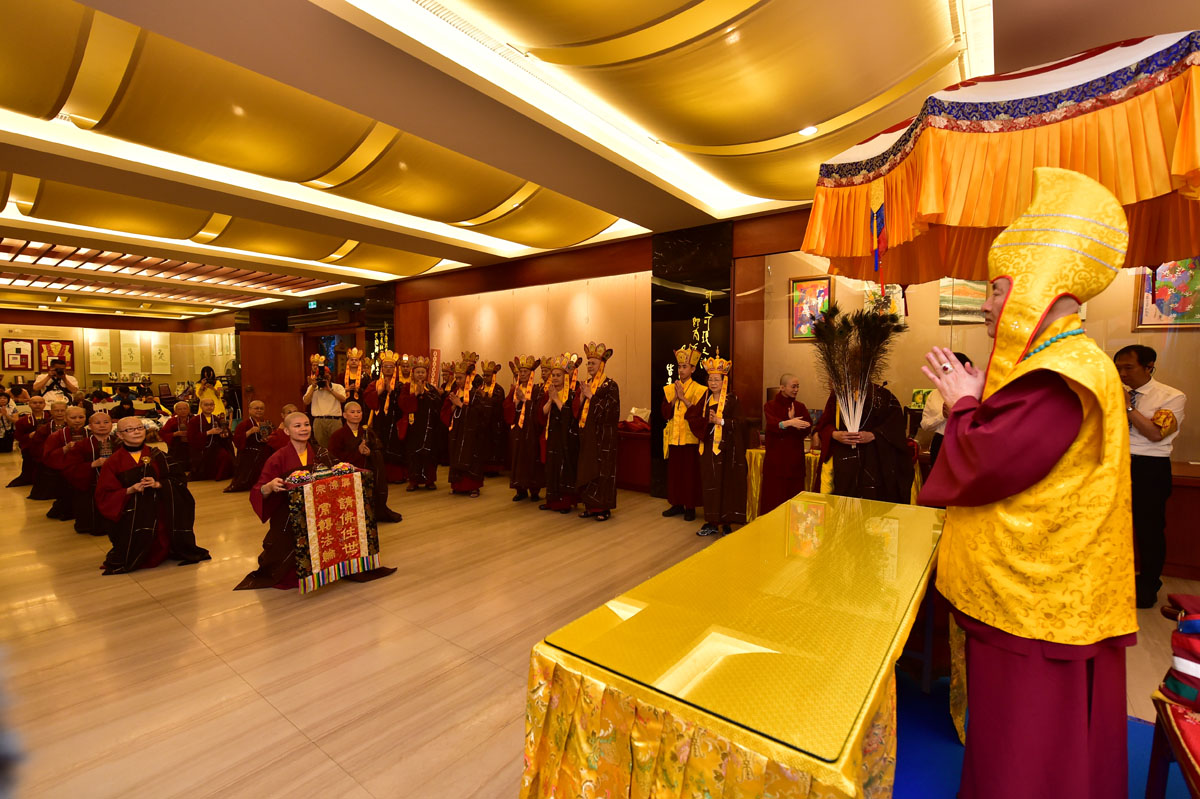 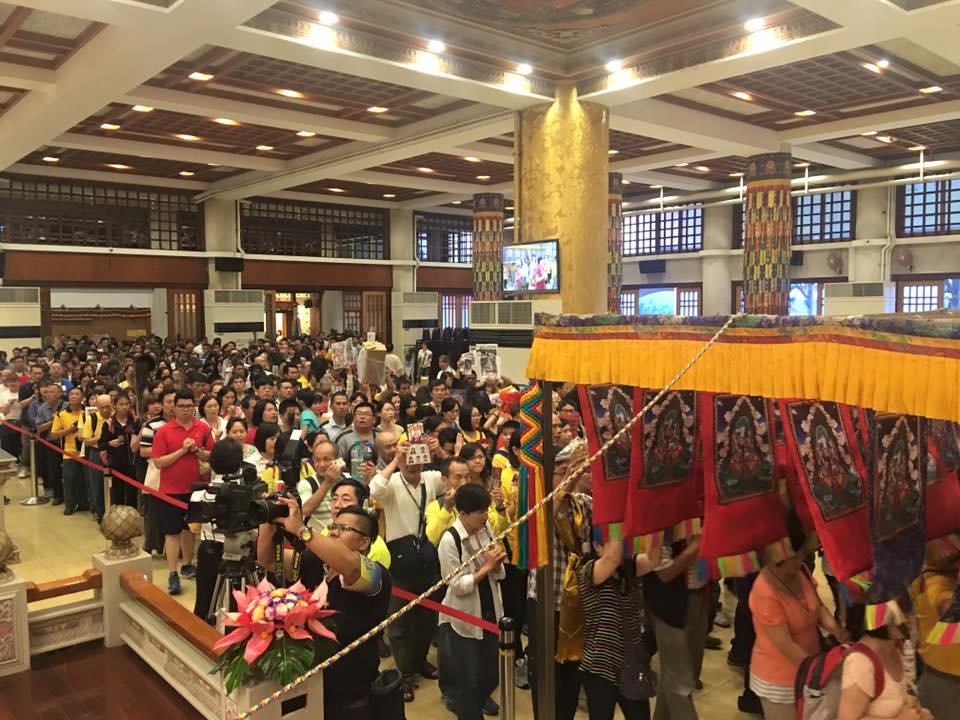 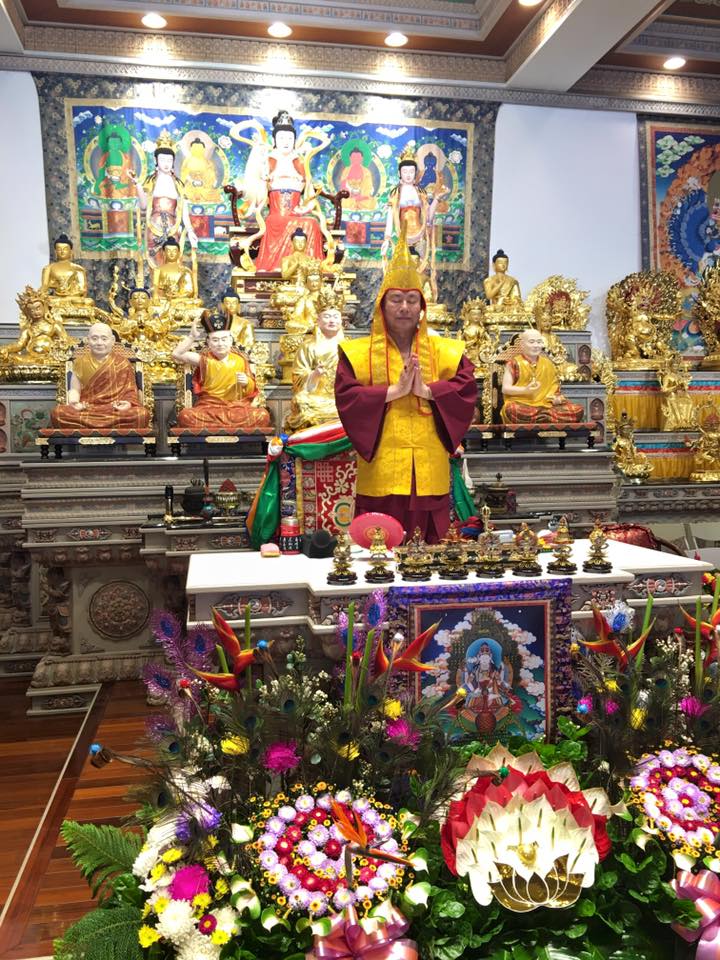 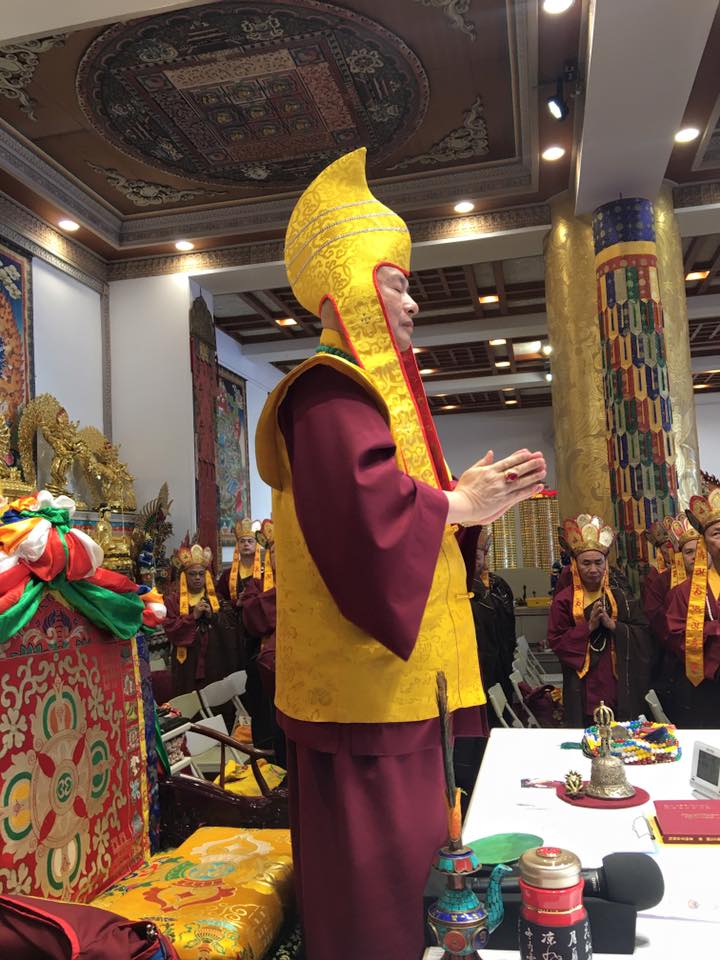 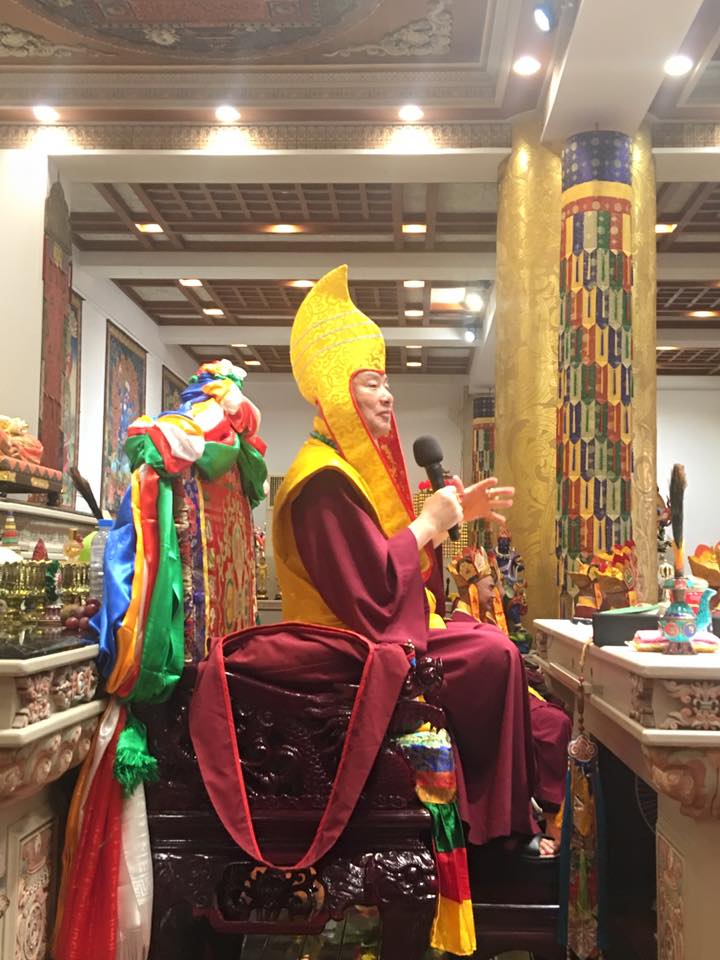 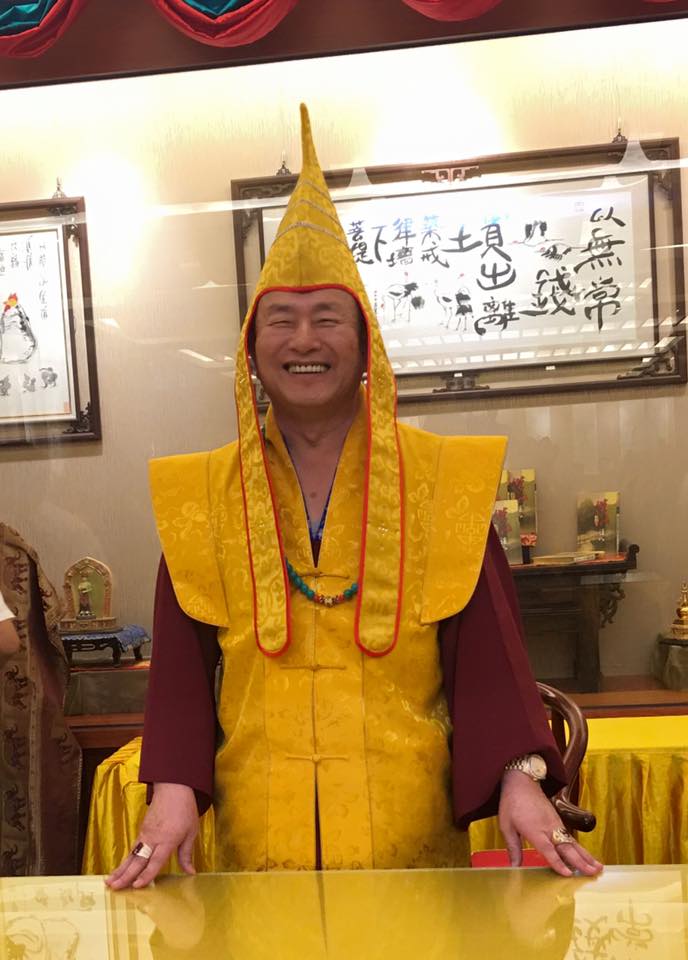