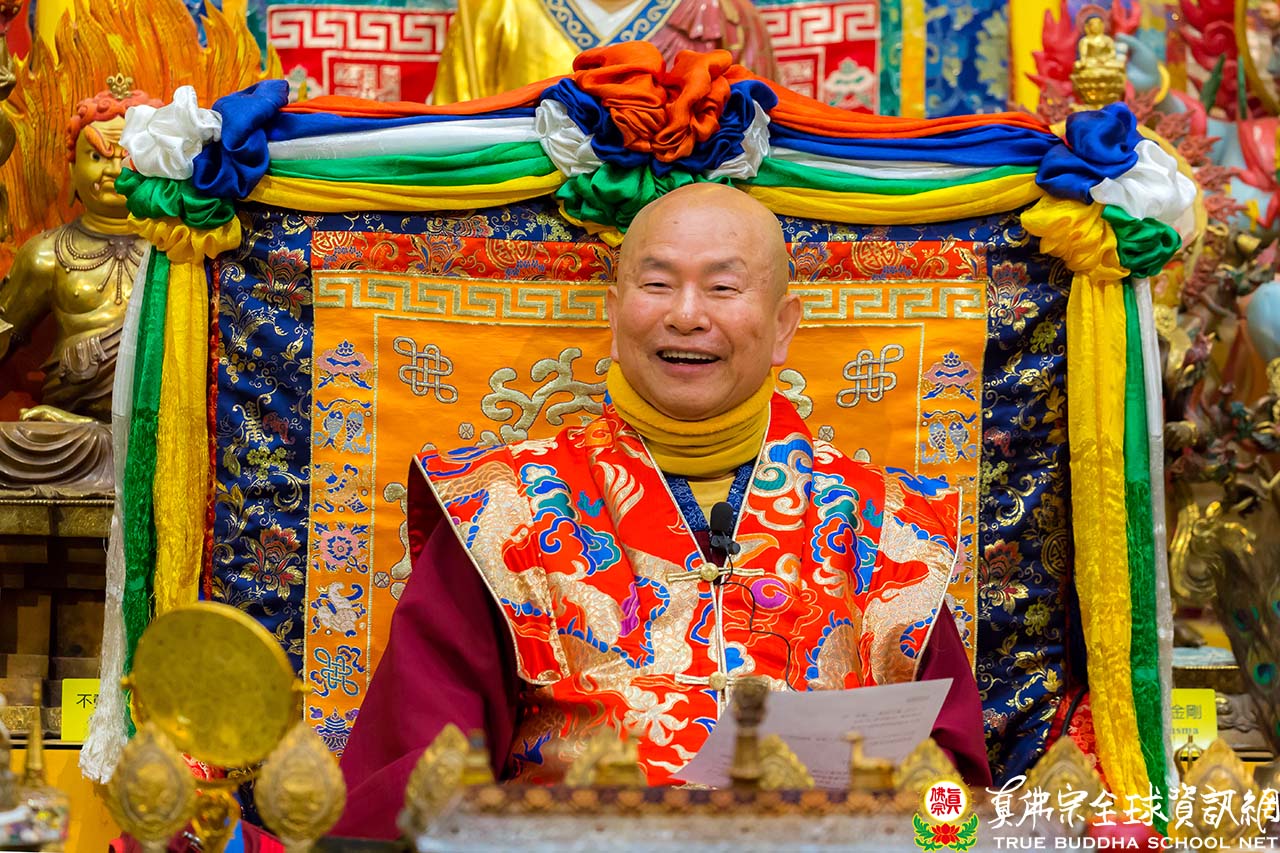 Subhuti replied, “No, World-honored One. Why? Anagami is called the non-returner, yet he is not [always] non-returning. Anagami or non-returner is [merely] a name.”

“Subhuti, what does it mean? Can an arhat think this way: ‘I have attained the fruition of an arhat?’”

Subhuti replied, “No, World-honored One. Why? Because there really is nothing called arhat. World-honored One, if an arhat thinks that he has attained arhatship, then he is attached to self, others, sentient beings, and lifespan.

Today, we are talking about the Vajra Sutra’s Chapter Nine—Phenomena is No Phenomena. Today, we will talk about anagami.

“Subhuti, what does it mean? Can a non-returner think this way: ‘I have attained the fruition of a non-returner?’” Subhuti replied, “No, World-honored One. Why? Anagami is called the non-returner, yet he is not [always] non-returning. Anagami or non-returner is [merely] a name.”

It is the same concept. If you attained the fruition of anagami or non-returner, you would not say that you have attained the fruition of non-returner. I gave an analogy last week about fish in water and human and air. Fish will not be thinking of water all the times and human will not be incessantly thinking of the air either. It is only natural.

It’s stated here that … Anagami is called the non-returner, yet he is not [always] non-returning. Anagami or non-returner is [merely] a name.

What is a non-returner? We know the first level of arhatship is sotapanna, a stream-enterer who enters the stream of desire of the evil world of five turbidities. They live in samsara. The second level is sakadagami, a once-returner. He must return to samsara just once more, then he does not have to return any more.

Now we’re talking about anagami, a non-returner who does not enter samsara anymore. Non-returner is the third level of arhatship, and a non-returner is a sage. Where does the anagami reside? Why doesn’t he return [to samsara]? Why is he called a non-returner? The non-returner has reached the five heavens of no return. He is in the heavenly realms [of form], not in the realms of desire.[2] Anagami symbolizes the abandonment of all desires.

All politicians also love name and fame. They want to become legislators, then they want to become county mayors where they have more power and privileges; then to become ministers, premiers, vice presidents, all the way to becoming the president. This is love for names.

Wealth, looks, name and next is food. Do you like good food? Yes, that is your desire. Wealth, looks, name, food and sleep [are the five key desires of human beings]. Sleep is also one of your desires. Also, you want to buy brand names, things to use, cars to drive, luxurious homes to live in; all your living necessities are about desires. You want to wear branded, nice clothes and carry branded bags to show off. You like recognition and name. When someone speaks to them, they take the opportunity to show off their belongings, opening their mouths to show their gold teeth or waving the 10-carat diamond ring on their finger. [joking] They want everything nice; that is desire—desires in cars, in clothes, in everything.

Anagami is called non-returner, which means that he does not need to return to the turbid realms of desire. However, it is also stated that he is not [always] non-returning. What does that mean? It means that although he can choose not to return, he may return to the realm of desire to help sentient beings in need. The desireless anagamis from the Heaven of Good Manifestation can teach samsaric and heavenly beings who still struggle with their desires. Good Manifestation means he would manifest upon seeing goodness. Hence, the non-returner is not always non-returning. And when he returns to samsara, he still has no desire whatsoever.

Do you know that I see anagamis at Seattle Ling Shen Ching Tze Temple and above the Twin Lotus Columbarium? As I walk up the steps to the Seattle temple, I often see a non-returner seated above the incense burner. And there is another one sitting above the dharma wheel in between the two deer on top of the columbarium. I see him when I look out my window [from the Rainbow Temple main hall]. What are they doing here? They are here to help people who have kind thoughts. They teach buddhadharma to the spirits inside the columbarium. They still come here, but without any desire.

Attaining the third level arhatship is quite remarkable already, as it means you have reached sagehood. Anagami is a sage who has abandoned all desires. As I mentioned earlier, there are all kinds of desire—wealth, looks, fame, food, sleep, cars, clothes, homes, … they are all desires. Some people frequently move residences because they want to live in a better home. Why do they move so often? Because they want to live in a better place. That is the desire for homes. Why do you want to drive good cars? Because of your desire. Why do you want to wear good clothes? That’s desire too. What you want for food, clothes, cars, homes are all desires.

Do you know? There was someone who was always number one, and when he became number two he killed himself. He had to be number one! So when suddenly he got number two, he became depressed and killed himself. What a pity! He was bound by name and reputation. Money, looks, name, food, sleep, and many other desires, should be abandoned by Buddhist practitioners. We must free ourselves from these. In the future, once you attain sagehood, you will be completely free from desire.

It is all good today. Is this explanation clear now? Let me tell you something. Speaking or talking is also a kind of desire. If you meet someone who does not [like to] speak at all, you should marry that person right away [chuckles]. I am not picking on women, but women are amazing in exercising their mouths. When Grandmaster talks on the phone, it is never more than a few sentences. I’d say only the key points and I don’t chat on the phone. But you know women.... Talking is also a kind of desire.

[1]  Aranya is a hermit practitioner who abides in serenity.

Next discourse on the Vajra Sutra: Discourse 27, 24 October 2021 - Chapter Nine—Phenomena is Non-Phenomena (continued)