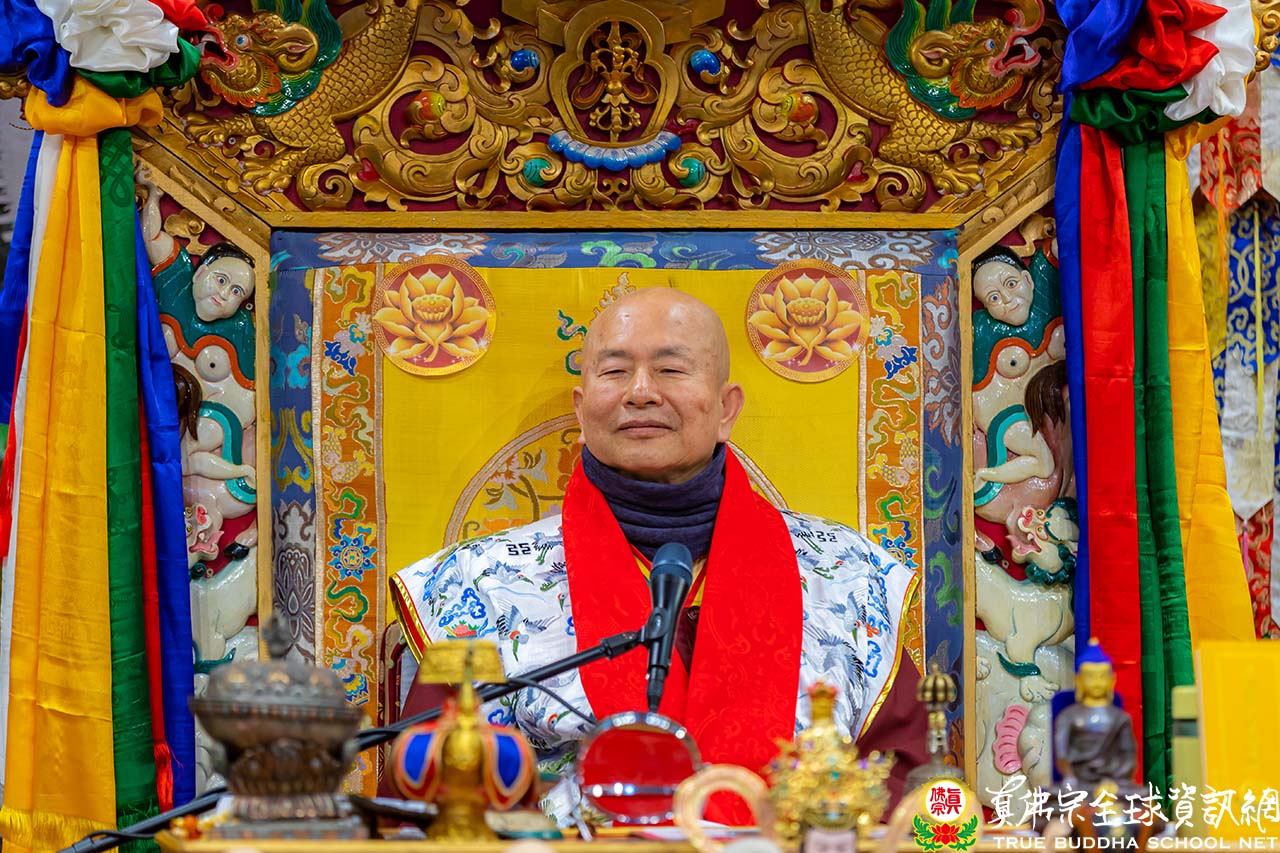 Chapter Nine—Phenomena is No Phenomena

Subhuti replied, “No, World-honored One. Why? Anagami is called the non-returner, yet it is not [always] non-returning. Anagami or non-returner is [merely] a name.”

“Subhuti, what does it mean? Can an arhat think this way: ‘I have attained the fruition of an arhat?’”

Subhuti replied, “No, World-honored One. Why? Because there really is nothing called arhat. World-honored One, if an arhat thinks that he has attained arhatship, then he is attached to self, others, sentient beings, and lifespan.

When the Buddha spoke to Subhuti, he meant to convey the same meaning: that anyone attaining the state of once-returner will not incessantly think that he is a once-returner. Since he is already amidst it, why would he be thinking about it all the time? There is no need. It is the same meaning as fish in water, if you were a fish, would you be conscious of surrounding water when you swim in it? No, since water is a part of you. After all, you are a fish!

Human beings are [naturally] surrounded by air, so why would we need to be mindful of it? Some people would say that they are treated like air whenever others ignore them, as if they are invisible. They’d get upset because of it [Grandmaster mimics an upset face]. Likewise, they’ll be furious when they see someone who totally ignores them, giving no greetings nor smiles; instead, they’d just shoot a glance at them. They are treated as air, as if they don’t exist. But actually, air exists everywhere.

What is the human world? It is an evil world with five turbidities, like a big pickling pot. As soon as you enter, you would be tarnished and turn into something like kimchi, a type of pickle. The fermentation of kimchi involves a large pickling pot in which all the vegetables are mixed with many spices. After soaking in it for a year or two, or perhaps not even that long, everything will absorb the same surrounding flavor and becomes kimchi. As soon as you enter the evil world of five turbidities, much like a big pickling pot, you would acquire everyone’s bad habits and traits. Once you have been contaminated, you will not be able to go back. What can you do?

Let me tell you, I have once known a once-returner. When I was studying at a surveying college, I had a female friend. Not a girlfriend but a female friend. The school hired a few female employees, and she was one of them. She worked in the office and I got to know her. She was a few years older than I was, so I addressed her as big sister. Knowing her made it easier for me to take care of things in school. Once, I visited her house. When I arrived, her mother was carrying her elder sister who was very small and feeble. I asked why her elder sister was so small and had to be carried. Turns out, she had soft bone syndrome or achondroplasia since birth. She could not speak, could not move at all, and could only open her eyes to look at her mother. Her skin was fair, and her eyes were very beautiful and exuded wisdom.

Since my divine eyes were opened at that time, I looked into her eyes with my divine eyes. I realized that she was a sage, a once-returner, a second level arhat, a sakadagami. Sakadagami is a Sanskrit word. I told the family that she was a once-returner. They did not know what it meant. I told them that she needed to come back to the world one last time. Upon her return to mankind, in order to maintain her former purity and precepts, she found benefactors with good affinities to protect her while living in the human realm.

That’s why her parents loved her so much because she found good benefactors and family to be reborn into. I asked my friend whether the family was very respectful to her sister. She replied that ever since she was born, even with her condition, every single person in the family had loved her very much. They were very doting towards her and would not let harm get near her in any way. They nursed her and fed her daily to keep her weak body alive. But if she was to be born in our family, a useless child like her would have been beaten to death long ago. Yet they never did. Instead, they loved her and took turns to care for her until her passing in her twenties. This is considered as an offering to a once-returner.

As a once-returner, her causes and conditions made her return to samsara one last time. Did she generate any karma while living in the world? No. With no karma generated, she could return to her original sagehood upon her death. Her birth and death represented one return. Upon completing her last rebirth as a once-returner, she maintains her second level arhatship.

I used this story to show that once-returners often appear [in the saha world] in such a manner. But not every one of them goes through the same experience. Only some wise ones might use this method to reincarnate into a family with good affinity, in which every family member are bound to love and protect them. If I did not have such an encounter, I would not be able to explain this today.

Now you understand what it means by “there is no coming nor going in the coming and going of a once-returner.” Their causes and conditions require them to be reborn as a human being one last time, but once they do, it would be extremely difficult to return to sagehood. Reincarnating as a human, one enters a big pickling pot and then becomes kimchi. Once you become kimchi, you’d start developing bad habitual tendencies, such as killing, stealing, sexual misconduct, hypocrisy, deceit, harsh speech, being intoxicated, etc. All these things will appear. You can avoid it only if you learn and practice spiritual cultivation as early as possible and immediately shut off the six thieves of the eyes, ears, nose, tongue, body, and mind—all of them.

Did I give a good example? Without this example, it would be very difficult for me to explain. Human beings always have habitual tendencies! Jealousy, envy, and selfishness are habitual tendencies, so are being superficial, shortsighted, distracted, ignorant, narrow-minded, picky, critical, judgmental, pessimistic, longing, resentful, dependent,… these are all human traits.

Today, in our spiritual cultivation, what should we practice so that we have no more afflictions? Let go of all expectations! Without any expectation there will not be any disappointment. I do not expect anything. There is nothing to gain, nothing to lose! I do not wish to gain anything either. Understand this and practice diligently so you would be able to reach arhatship, from the first level to the second, third, and finally the fourth level. There are four levels of arhatship. Next time, I will explain anagami, the non-returner [the third level of arhatship].

Next discourse on the Vajra Sutra: Discourse 26, 23 October 2021 - Chapter Nine—Phenomena is Non-Phenomena (continued)