The King of Dharma, Grand Master, the Living Buddha Lian-Sheng consented to minister Avalokitesvara Boddhasattva homa ceremonial assembly with empowerment, at the earnest request of disciples of the Four Groups on January 17th of year 2010 at Rainbow Temple. This day, the weather was clear and the air was uplifting yet frigid in the early spring. Afar had come numerous disciples from various areas of the world to greet Grand Master with New Year goodwill wishes and to joint Him at lunch. Everybody was very enthusiastically eager to uphold the ceremonial assembly on behalf of Grand Master, wishing that he or she will receive further blessings and secureness from Him and the multitude of Buddhas and Boddhisattvas in the new year ahead.

At 3:00 p.m. in the afternoon, soon upon igniting the homa fire by Grand Master, the whole assembly of devotees metaphysically fused into the Holiest Dharma Realm. Meanwhile, the sound of the repetitive recital of 『Namo Avalokitesvara Boddhisattva』mantra reverberated throughout the whole Temple to its surrounding and out to the expanse of heaven.

Next, upon transference of merits acquired from the homa ceremony, Grand Master implored the principal deity of the homa ceremony, Namo Avalokitesvara Boddhisattva to radiate forth clement light, to behold with thousands of eyes, to help with thousands of hands, to eradicate calamities, to overcome diseases and illnesses, to enhance blessings and wisdom, to bring about satisfactory veneration and love and to Bardo-deliver all inflicted spirits to the Pure Land of Buddha, may all be auspiciously satisfactory!

Thereafter, Grand Master continued on with the discourse on the book, ``Bliss in the Great Emptiness`` (or the Teachings of Hevajra Master); the topic was on the Sadhana or procedure of principal deity yoga practice: recite the High King Avalokitesvara Sutra 《高王觀世音真經》. The King of Dharma, Grand Master explained: this Sutra was transmitted through a dream and was also this very first Sutra I circulated on propagation of Dharma. It was when I was about 25 to 26 years old, an Abbot named Shr Huey-Ling Dharma Instructor from Jade Emperor Shrine in Taiwan, who presented the Sutra to me on good karmic terms (結緣); it was the first Sutra I ever received from a Dharma Instructor. Since Grand Master had recited the High King Avalokitesvara Sutra and was accorded a very marvelous response; whenever Grand Master could not eradicate a dilemma, He would recite the Sutra for one-thousand times and the predestinated factor would hence changed in His favor thereby fulfilling His wish. Lot of wonders were attributable and testimonial to the recitation of the Sutra; it can eradicate banes and adverse circumstances.

The King of Dharma, Grand Master elaborated that the Sutra contains lot of Buddha names, as well as the name of Avalokitesvara Boddhisattva; in case of dire situation or emergency, one may recite the Sutra one-thousand times and would see a significant response or change afterwards. It serves to demonstrate how incredible the power of Buddha is. The King of Dharma reiterated to the disciples of the Four Groups the necessity to recite the High King Avalokitesvara Sutra 《高王觀世音真經》in light of its importance. The King of Dharma, Grand Master proceeded to expound the contents of the High King Avalokitesvara Sutra to the participants.

Such a splendid Buddhism sutras as the High King Avalokitesvara Sutra is, which has spawn numerous testimonies in True Buddha School bearing out its miraculous effects. Everybody should further treasure the teachings of the King of Dharma, Grand Master, and recite the High King Avalokitesvara Sutra even more diligently. We therefore ought to thank Grand Master, the Living Buddha Lian-Sheng at heart for transmitting this Sutra thereby benefiting and redeeming sentient beings. 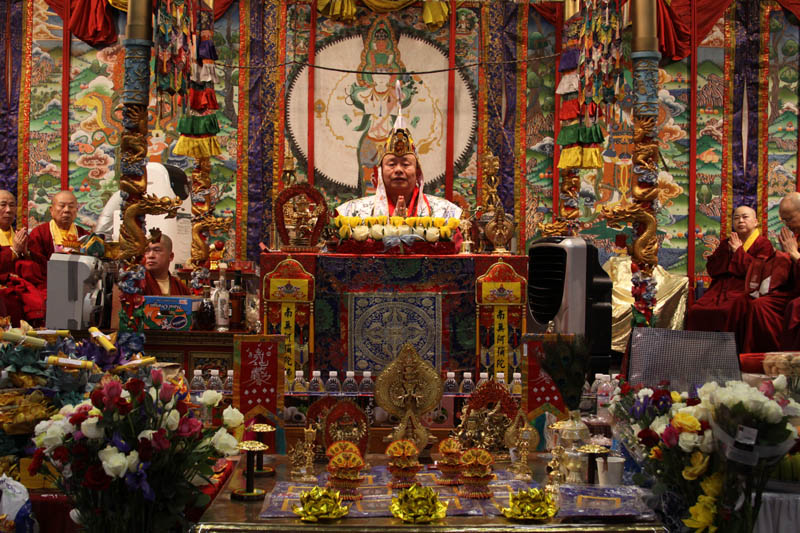 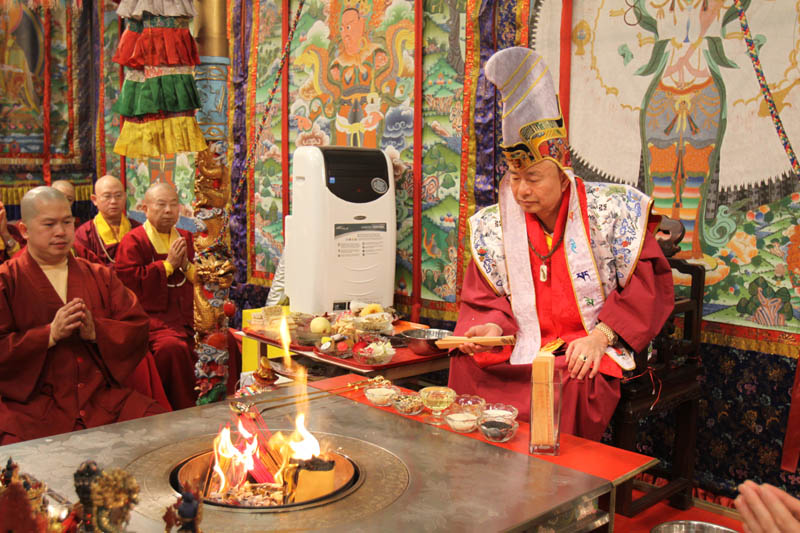