Grand Master, the King of Dharma ministered a homa ceremony dedicated to Bhasajyaguru Deity at Rainb

Recently, after the release of the news in the media about Grand Master`s scheduled Bhasajyaguru (藥師如來) homa ceremony at Rainbow Temple, disciples of the Four Group had enthusiastically arrived to uphold the venue. The crowd of people bustled about excitingly all over the venue, shortly before the homa ceremony started. There were numerous different assortments of offerings being placed on the outer ledge of the podium immediately below and in front of the Mandala Shrine.

At 3:00 p.m. in the afternoon, the King of Dharma, Grand Master Lian-Sheng was ushered in by a procession of Acharya disciples and greeted by the crowd of attending fellow disciples as He entered the venue in the Homa Ceremonial Hall. First, Grand Master compassionately stopped off to bless all the offerings under the podium, and then He mounted the homa ceremony throne to start the fire homa ceremony. In the course of the homa ceremony, Grand Master evolve-executed His graceful mudras or hand-gestures progressively. The mudras, the homa executer, the fire and the principal deity had all merged at onement thereby enabling all pious participants to cleanse themselves of all mental and bodily defilements and karmas in the blazing, hot-burning homa fire, metaphorically speaking.

After the homa ceremony, the King of Dharma, Grand Master Lian-Sheng presented a Dharma exposition utilizing His supreme, all-harmonious and unique wisdom: This homa ceremony entailed a very ”cool” response. In Sutrayana Sect (顯教), the Pure Land of Medicine Tathagata (藥師如來淨土) is called the World of Lapis-Lazuli (琉璃世界); in Tantrayana Sect (密教), the world of Akshobhya Tathagata Pure Land (阿閦如來淨土) is called the World of Abhirat (妙喜世界); Grand Master pointed out that the two are identical but under different names.

Thereafter, Grand Master continued on with His discourse on the book, ”Bliss in the Great Emptiness” or the Teachings of Hevajra. Specifically, the lecture focused on Chapter 9 concerning Hevajra`s mudras:

Grand Master personally demonstrated numerous different mudras which were explained in a humorous manner thereby enabling all participants to understand mudras as a body language per se. Grand Master further explained that in Tantrayana, mudras signify purity of body; mantras signify purity of speech; and visualization signifies purity of mind. These three aspects of practice then merge with the principal deity allowing Him to enter the heart of the practitioner whereby the practitioner interfuses with the principal deity instantly and attains Buddhahood with the very physical body (即身成佛).

The King of Dharma also taught the disciples of the Four Groups the crucial key to attain meditative Dhyana, that is, by treating all affairs with a non-abiding mindset in terms of ”nothing matters,””not affecting my psyche”and ”reducing psychological impact of affairs to zilch,” whereby the heart (chakra) lotus shall bloom and merge with Buddha or Boddhisattva naturally as one.
After the Dharma exposition, Grand Master bestowed the invaluable and hard-to-come-by Bhasajyaguru Medicine Buddha empowerment upon all participants in the midst of recital of the mantra ”Om Bekajye Bekajye Maha Bekajye Bekajye Radzaya Samudgate Svaha.”

The ceremonial dharma assembly lasted over 2 hours and everything was auspiciously perfect and all acquired merits were immeasurable! 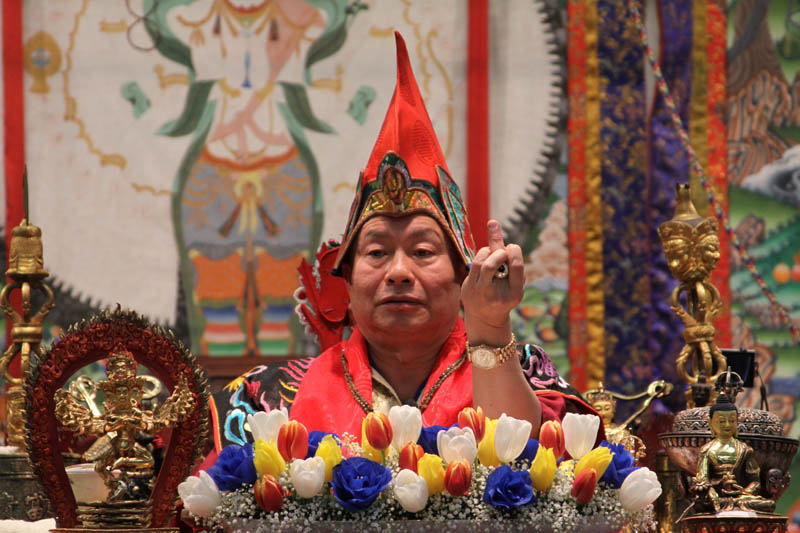 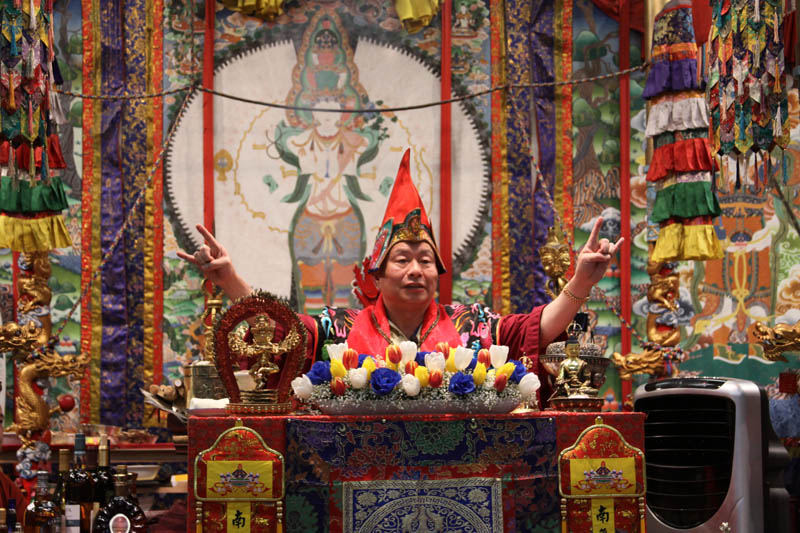