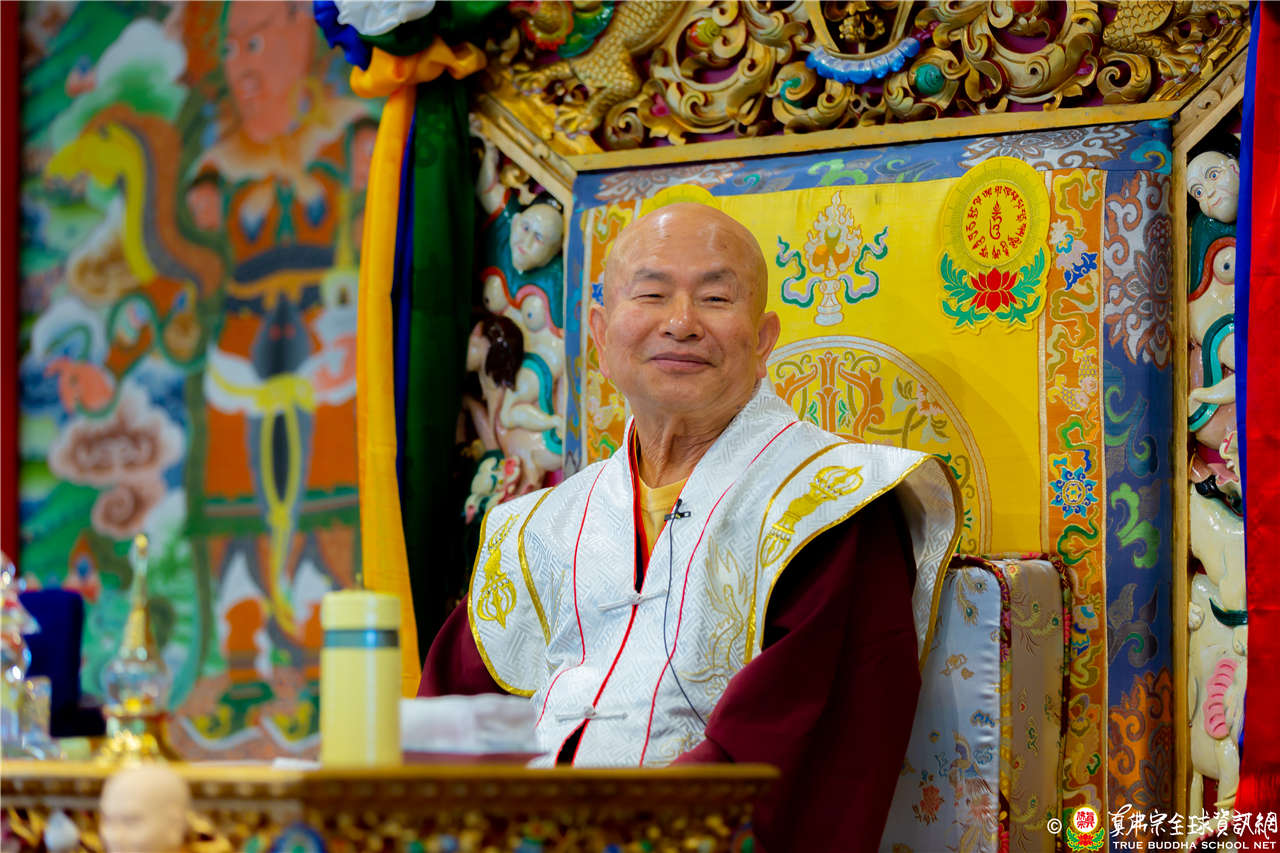 They understood the profundity of the origination of causes and conditions,[1] and cut off all wrong views. They do not lean toward existentialism or nihilism, and had no more traces of habitual tendencies. They displayed the fearlessness of a lion’s roar in their speech which resonated like thunder. They had transcended immeasurability and measurability.

Let me talk about the Vimalakirti Sutra again:

They understood the profundity of the origination of causes and conditions, and cut off all wrong views.

During Sakyamuni Buddha’s time, six heretical teachers had wrong views; they held views contrary to Sakyamuni Buddha’s. In today’s world, some religions are perfect and complete, like Buddhism, while others are deviant. You cannot criticize other religions, but if you really contemplate on it, there are religions in the saha world that do not believe in reincarnation. They believe that you have only one life. If you believe in me, you go to heaven; if you don’t, you go to hell. It’s that simple: no reincarnation. But as we know, spirits and the netherworld do exist, and so does reincarnation. So this is the wrong view.

The arising of affinity is illusory; it is nonexistent. Like today’s assembly here, it will be different next week—different people, different faces, and different settings. There will be many more new faces, and everything will be different. Once today passes, it’s gone. Then comes tomorrow. Year after year passes by. That’s why we understand the origination of causes and conditions to be inherently empty and illusory.

This time, it’s been three years since we last saw each other. Don’t you feel like people look older now? Especially certain people, like those we haven’t seen in over ten years. We see them as older; likewise, they also see us as older. You are also getting older. Don’t just look at others; look at yourself too. We all change year by year. Even one’s health does not stay the same.

The mind of the past, present, and future cannot be attained; thus there is no self. The past me is already gone, the present me is about to become the past, and the future me has not yet arrived. Who am I? Therefore, the Buddha says, “I” do not stay—self is nonexistent.

In addition, the Buddha emphasizes that the principles of the Origination of Causes and Conditions is Inherently Empty, and the Arising of Affinity is Illusory. Once you understand this as true reality, you cut off all wrong views.

My father used to argue with me. If I said reincarnation exists, he would retort that it’s a joke—nothing is left after death. What reincarnation?! When I said that buddhas and bodhisattvas exist, he challenged me to show him, saying that he would only believe after seeing them. As for heaven and hell, he asserted that if he didn’t see it, he didn’t believe in it. He contended that there is nothing after death, as he didn’t believe in reincarnation or that souls exist. My father and I often argued back and forth. No one won because I could not show any proof to him.

The other extreme is eternalism.[3] When you see this homa hall at the Rainbow Temple, [you think] it really does exist, just as you see other people as real. This is especially so when you see money—it is very real! This peacock feather [dharma instrument]? Real. The towel is real, too, and I can wipe my face with it. Water is real, as you can take a sip when thirsty. Look at this vajra scepter; very real, isn’t it? And it can last for a thousand years. And the vajra bell too, is real. This kind of view is called eternalism. According to the Buddha and the great bodhisattvas, it is the wrong view because none of those has intrinsic reality.

Money seems real; the cash in your hand feels very real, and it gives you courage. With money, you have the courage to go to a dealership and get whichever car you want. So it’s real, right? But money is only real when governments recognize it to be money. Otherwise, it is just paper or polymer. Thus, we say that money is not real. Remember that all originations of causes and conditions are empty.

The self is also not real, as it will change. When I was younger, I looked different—handsome and charming, except my stature perhaps was a bit short. Many girls and female disciples had a crush on me; they wrote letters or complained when I didn’t marry them. But people change, and eventually, there is nothing left.

I have talked about Mahabrahma Deva, who has a very long lifespan residing in the first heaven of the realm of form. Mahabrahma—the great creator, Siva—the great destructor, and Visnu—the great protector, make up the Hindu Trinity, of which Visnu holds the highest position. Visnu resides in the highest heaven of the realm of form, the Akanista Heaven, and Siva still resides in the heavenly realm of desire.

The lifespan of Mahabrahma is 10 billion years. The saha world where we live in takes 100 million years through creation, existence, deterioration, and annihilation. And the life span of Mahabrahma is 100 times that. Every 100 million years—one kalpa, the saha world will return to emptiness. The Earth will be gone eventually. The saha world would need to recreate, exist, deteriorate, and annihilate a hundred times before his lifespan ends. It is a very long life. Nevertheless, it will still end one day. It is not forever; it is impermanent!

What about human beings? In the eyes of the Mahabrahma, we are like fireflies, whose lifespan is between 2 to 20 days at most. Yet fireflies feel that they have lived a long time. All the same, we are just like fireflies. It is all impermanent! Ponder on it!

If you think that what you see is real [and eternal], then your view is called eternalism, which is a wrong view. Annihilationism is also a wrong view; this is what my father believed… that everything—including karma—disappears upon death. But buddhadharma is all-embracing and unhindered. It harmonizes eternalism and annihilationism and combines both worldly and beyond-worldly dharma. It is the middle way—Madyamaka—of Nagarjuna Bodhisattva.

While we appreciate everything worldly, we also revere the beyond-worldly—both are equally important. We don’t go to any extremes, such as eternalism or annihilationism. It does not mean it is exactly in the middle either.

In sum, the great bodhisattvas with all-embracing and unhindered wisdom can completely cut off all wrong views—such as eternalism, annihilationism, and all other wrong views. Now, you can understand this phrase.

[2] uccheda-drsti is annihilationism, one of the two extremes disapproved by the Buddha. It believes that nothing exists upon death. The other extreme is eternalism.

[3] śāśvata-dṛṣṭi is eternalism. Together with annihilationism, they are two extremes disapproved by the Buddha. It believes that everything is real and lasting.