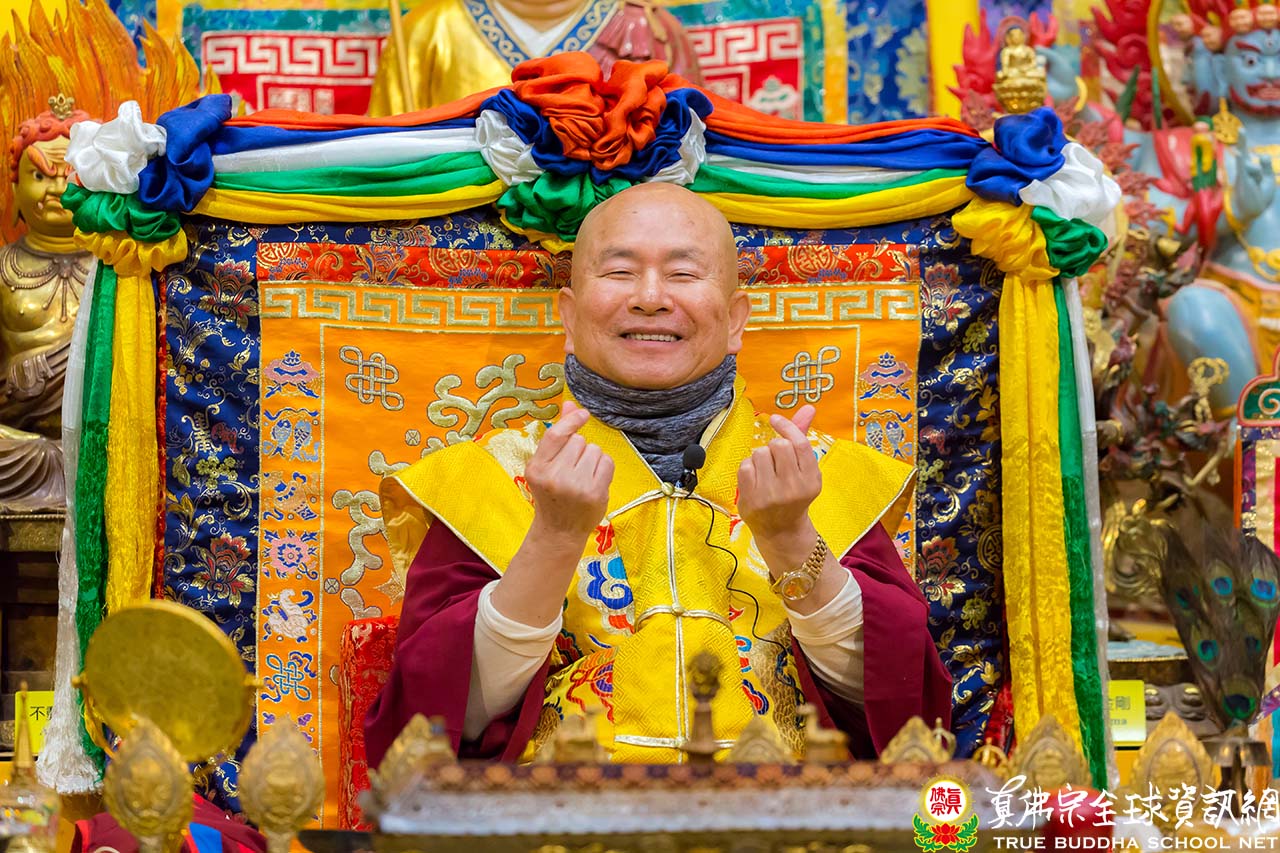 Discourse 36, 27 November 2021 - Chapter Thirteen—Upholding According to the Dharma (continued)

Thirteen—Upholding According to the Dharma

At this time, Subhuti asked the Buddha, “World-honored One, how should we name this sutra? How shall we uphold it?”

Subhuti replied, “World-honored One, the Tathagata has not spoken.”

“Subhuti, what do you think? Is there an infinite amount of dust particles in the three-thousand-great-thousand worlds?”

“Subhuti, what do you think? Can one see the Tathagata through the thirty-two marks of perfection of a buddha?”

“Subhuti, should there be good men and good women as many as the grains of sand of the Ganges River who forsake their bodies and lives as an act of giving, [compared to] a person who accepts and upholds this sutra, even if it is only the four-line verse, the latter will have greater blessings.”

What about the spatial dimension? Grandmaster once talked about space. I own a piece of land on earth, thus I’m its landlord. But say you have a piece of land on the moon and you are its landlord. Yet, is that land of any use to you? No! Is it valuable? No! The land is in the spatial dimension of the moon. But is it of any use? No. Space on the moon is of no use to you! Time on the moon is of no use either. Nobody can use that [moon] time. [In other words] there is no time on the moon.

Let me tell you another thing, which will be referred to later. Our current saha world will be ruined. It will become dust in a hundred and twenty thousand years. The whole earth also goes through creation, existence, deterioration and annihilation. In the end, the earth will be gone too! At such time, where is the buddhadharma? Who is speaking the dharma? Who is listening to the dharma? Is there buddhadharma then?

A new virus is appearing in Africa. What is it called? Nobody knows what the virus really is. It is a new variant of the coronavirus and is even more viral! It is mutating such that no vaccine is effective. Say perhaps that the human race is entirely infected and die, there will no longer be any humans on earth.

Let me ask you, in such case, who is speaking the dharma? Who is listening to the dharma? Is there buddhadharma? We can relate to this. A super virus appears, not just the one in Africa. As soon as you hear the name of the virus, you will be infected and confirmed positive. [laughter] The virus kills right then and there; all humans are gone. Let me ask you, who will be speaking on the dharma then? Who is listening to the dharma? What is buddhadharma? You should be able to deduce [themeaning of the statement] from this analogy.

Did you know the Buddha says that everything is impermanent? It is one of the Three Dharma Seals! What are the dharma seals, you ask? They are the ultimate truths as spoken by the Buddha. Everything is impermanent; everything has no-self; and extinction in nirvana.[2]The last one is the nirvana. The buddhadharma is meant to teach you to transform yourself to become empty and have no self. You’d use this emptiness to confirm the emptiness of the universe. When both emptiness matches, that is nirvana.

This is also the dharmata—the intrinsic suchness of everything. Dharmata is nirvana. Actually, nirvana is your own emptiness. In the tantric tradition, the buddha says that you’d use the empty nature of your own body to confirm the empty nature of the universe and enter a kind of nirvana, the latter being the state of intrinsic suchness. As such, you are liberated from the rebirth cycle since you have destroyed it. The Vajra Sutra is the sutra that destroys the rebirth cycle, including the causes and effects. What is nirvana? When there are no causes for birth and no causes for death, it is called nirvana.

The buddhadharma is very deep and profound, so most people would not understand it. Religions typically only talk about heaven, hell and the human world. Hinduism talks about the union of Brahma and I. Brahma is heaven therefore, it is the union of the heaven and I. The highest realm in hinduism is the union with Brahma. Similarly, the Chinese talks on the union between the heavens and the humans.

But buddhism is different—it talks about the union of emptiness with emptiness, using your own empty nature to confirm the empty nature [of the universe], merging the two and entering the intrinsic suchness. You will not be reborn again. That is called nirvana. It is a very high realm. Yet, as spoken by Sakyamuni Buddha, there is also no such realm to be spoken of. Therefore, the Buddha said that the Tathagata did not speak on the dharma. Subhuti is the first and foremost in understanding empty nature and that is why he could say that the Tathagata did not speak on the dharma. That is what it means.

Creation, existence, deterioration and emptiness. Our body also goes through the stages of creation, existence, deterioration and emptiness. Everything goes through these stages. In the Buddha’s eyes, everything is suffering! You’d want to leave behind suffering and attain happiness as soon as possible. All sentient beings suffer, since everything is impermanent. Impermanence is the root of all sufferings.

To reach spiritual attainments, you must first learn to be no-self. Once you are [in the state of]no-self, you’ll become a bodhisattva. Otherwise, by having a “self,” you are for yourself and you would create causes. Whether you can let go or not, it depends on whether you have self or not. Only if there is no self could you let go. If you still have a self, how can you possibly let go? It’s a very simple concept, right? Yet, sentient beings don’t understand…

So, what is “no self”? No self is [being a] bodhisattva, who exists always for the sake of other beings, never for oneself. They generate bodhicitta [the altruistic intent to liberate oneself and others]. This is an important point. I have explained it very clearly. Thus, Grandmaster prostrating to that disciple is not a big deal [referring to the earlier Q&A session]. Fundamentally, everything is equal [everybodyis equal too]. Everything is indeed equal. Jesus washed the feet of his disciples to show equality and humility. He also had no self. Only after you let go of the self could you become humble. If there is a self, there is no humility to be spoken of.

Everything is impermanent, everything has no self. Finally, in nirvana (intrinsic suchness) everything is extinct. You’re entering a state of complete extinction. There, there is no such thing as attainments. This is something most profound! It really is not easy to explain.

“Subhuti, what do you think? Does the Tathagata speak on the dharma?” Subhuti replied, “World-honored One, the Tathagata has not spoken.”

[1] To speak on the dharma is the same as to teach the dharma.

Next discourse on the Vajra Sutra: Discourse 37, 28 November 2021 - Chapter Thirteen—Upholding According to the Dharma (continued)

Previous discourse on the Vajra Sutra: Discourse 35, 21 November 2021 - Chapter Thirteen—Upholding According to the Dharma (continued)