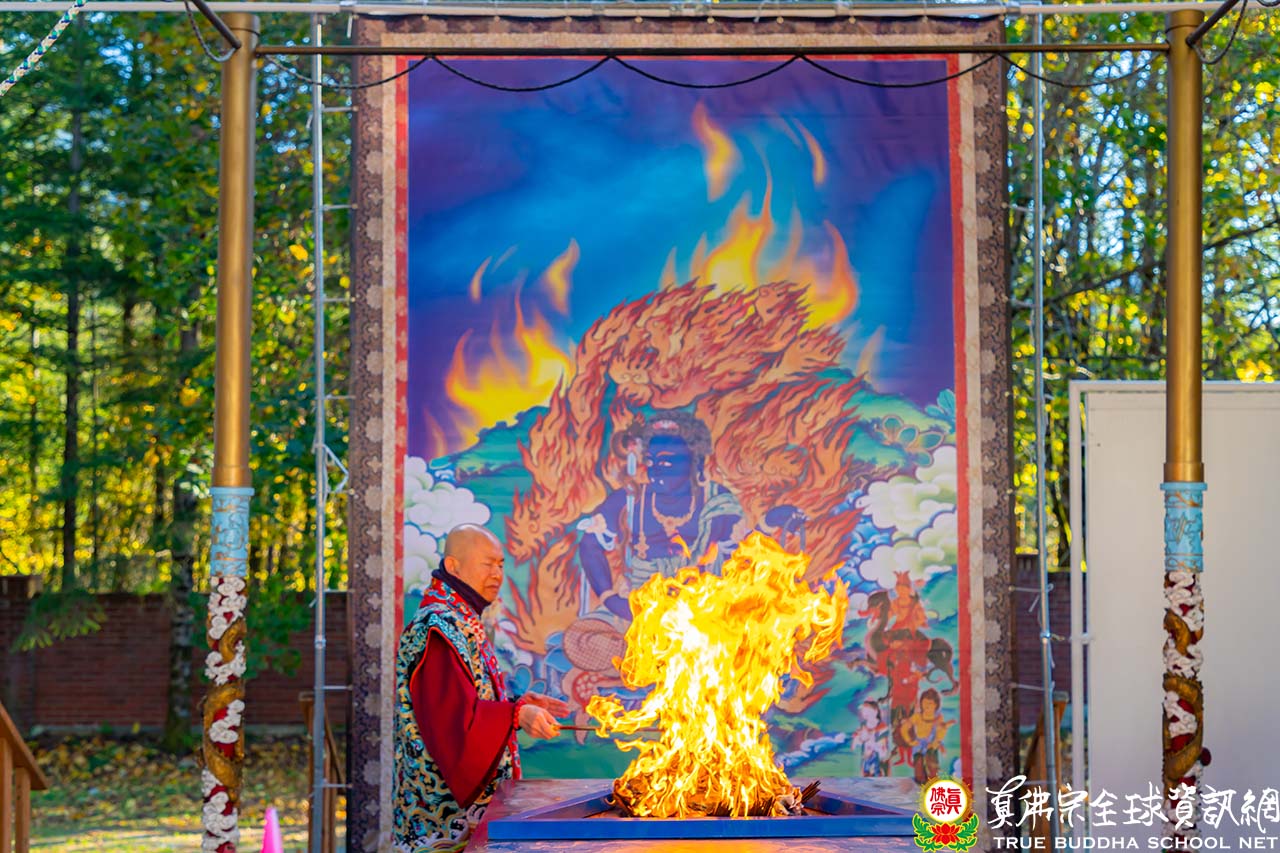 "Subhuti, what do you think? Do the bodhisattvas adorn the buddhaland?”

Subhuti replied, “No, World-honored One. Why? Because adorning is not adorning; it is [merely] called adorning.[2]

Subhuti replied, “Very big indeed, World-honored One. Why? Because the Buddha says that [only a] non-body is called a big body.”

Okay, let us now expound theVajra Sutra, [this time] on Chapter Ten—Magnificent Pureland. At this time, Sakyamuni Buddhaasked again, “Subhuti, what do you think? Do the bodhisattvas adorn the buddhaland?” Subhuti replied, “No, World-honored One. Why? Because adorning is not adorning; it is [merely] called adorning.

You must understand its meaning, and not just read it.

“Subhuti, what do you think? Do the bodhisattvas adorn the buddhaland?” Subhuti replied, “No, World-honoredOne. Why? Because adorning is not adorning; it is [merely] called adorning.”

Long earlobes that touch the shoulders are one of the marks. You see, Grandmaster’s ears can touch the shoulders. [Grandmaster jokingly raises his right shoulder to touch his right ear. Laughter.] The eyebrows are like the moon, the eyes are full of wisdom, the nose like Mount Meru, the mouth neither big nor small—particularly, not this big [Grandmaster points to his cheeks to show the mouth cannot be thatwide], the tongue so long and wide that it can cover the whole face when it sticks out. When standing upright, the hands can reach below the knees. Also, the mark of a thousand-spoked wheel on the soles of the feet. These are [some of the] thirty-two major and eighty minor characteristics of a great man.

As you know, the Western Paradise[Sukhavati] has trees, lakes, as well as beautiful palaces. There is no freezing winter or scorching summer. It is neither too hot nor too cold—the temperature is just right. There, you will find seven-treasure trees and eight-meritorious water which form lakes. There are beautiful pavilions and terraces. The ground is covered with gold. Celestial garments hang on the trees, and you can wear any of them. Whatever food you desire will appear in front of you. You live in golden or silver dwellings, travel on clouds that appear instantaneously upon the thought.

[Perhaps] you just read the sutra without understanding it. “Subhuti, what do you think? Do the bodhisattvas adorn the buddhaland?” Subhuti replied, “No, World-honored One.”

Of course, the bodhisattvas do not adorn the buddhaland. Why? Such a magnificent buddhaland is not and cannot be deliberately adorned; it is already magnificent as is. Only then is it called magnificent.

So the phrase “not magnificent is magnificent” means that only when it is not [made] magnificent that it is magnificent. If I had not explained this clearly today, no one would understand its real meaning. That is all for today. It was still a very good discourse even if we only talked about this paragraph.

[1] Vyuha was translated to Chinese as 莊嚴, which has been translated to English as dignified. Vyuha means magnificence, splendor, adornment as well as supernatural qualities.