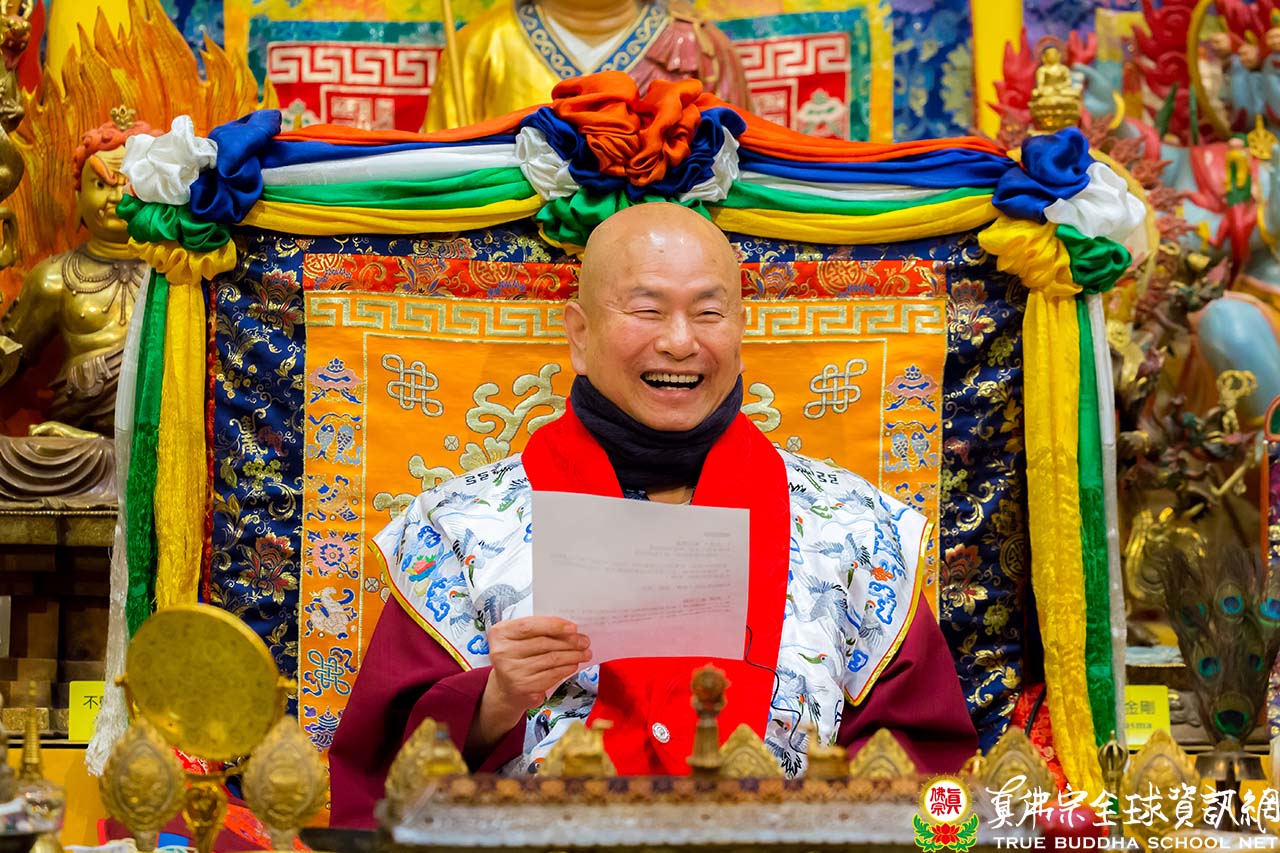 “Subhuti, what doyou think? Do the bodhisattvas adorn the buddhaland?”

Subhuti replied, “No, World-honored One. Why? Because adorning is not adorning; it is[merely] called adorning.[2]

Subhuti replied,“Very big indeed, World-honored One. Why? Because the Buddha says that [only a]non-body is called a big body.”

Now, we will expound the Vajra Sutra’s Chapter Ten—Magnificent Pureland. What is a pureland? Amitabha Buddha’s pureland, Sukhavati—the Western Realm of Utmost Bliss—is a pureland most frequently mentioned. However, there are many other purelands like Ksitigarbha Bodhisattva’s Jade Green Profound Pureland, Avalokitesvara’s World of Omnipresence, Medicine Buddha’s Lapis Lazuli Pureland, and more. A pureland is a completely pure place, the abode of the sages where there is only bliss and absolutely no suffering. In a pureland, there are dharmakaya buddhas, sambhogakaya buddhas, and nirmanakaya buddhas.

In the Sukhavati pureland, there are four levels. The Mixed Pureland Where Sages Live with Mundane Beings is the lowest level of Sukhavati, where sentient beings with remaining karma could be reborn into. Here, [it is much easier for the mundane beings to continue eradicating their karma as] mundane beings will be greatly influenced by the sages and eventually rise to a higher realm and become sages themselves.

Let me expound on the statement, “When the Tathagata was with Dipamkara Buddha, he did not obtain anything from the dharma.” In one of Sakyamuni Buddha’s past lives in which he was called Sumeda, he took the lotus blossoms given to him by Yasodhara [named Sumita in that previous lifetime] and offered them to Dipamkara Buddha.

He gained nothing! Who can give a complete explanation on this “nothing to gain”? Why is there nothing to gain? If you can answer it to my satisfaction… [Grandmaster takes a prayer bracelet and blows his breath on it]. If you can explain “nothing to gain” perfectly, you will “gain” this prayer bracelet. [chuckles] Everybody can chant the Vajra Sutra, and it is chanted during bardo or any ceremony. Think, why is it when Sakyamuni Buddha met Dipamkara Buddha, he did not gain anything? Did Dipamkara Buddha not teach anything? [Someone tries to answer but fails.]

Are you talking about obtaining the light of Dipamkara Buddha [Dipamkara literally means To Set The Light]? Or did he ignite the light of your heart? No! Buddhanature is already within the mind of each sentient being. [Recall,] The Records of Pointing to the Moon, which spoke of similes analogous to a finger pointing to the moon to show that buddhanature has been there all along. [The finger is analogous to the enlightening teaching, and the moon represents buddhanature.]

You already have it in you, so there is no need to ask for it from anyone. Nothing to ask, that is correct! You must realize your own buddhanature. Even Dipamkara Buddha cannot give you anything, therefore, there is nothing to gain.

Pay attention to this meaning, it is of great importance. Why did Sakyamuni Buddha not gain anything at Dipamkara Buddha’s place? Because he already had it within him. There was nothing more to gain. This is referred to as “nothing to gain.” Only Subhuti was capable to say, “No, World-honored One. When the Tathagata was with Dipamkara Buddha, he did not obtain anything from the dharma.”

[This talks about] our intrinsic inner state, which is within us all along. [Buddhanature] is intrinsically within us, buddhahood is also our very own. You can neither ask for buddhahood from Dipamkara Buddha, nor is it something that Grandmaster can give to you. In the future, if you attain buddhahood, it is you who attains buddhahood. It is your own; it is not something to be given.

What can be given are mundane things, like prayer bracelets or vajra scepters. Saying, “At Dipamkara Buddha’s place I got a vajra scepter, so I got something” does not mean you gained anything because those are just mundane things. The only real thing is buddhanature, and you have never been without it. So what else is there to gain, right?

Hence, when you recite the Vajra Sutra, you should comprehend its meaning. Everybody can chant or even memorize it. Some chant it daily or frequently, yet they do not understand its essential meaning.

If you are truly enlightened, you can immediately understand every sutra you read. If you have not gained enlightenment, then you find any sutra a hindrance. Memorizing or the daily chanting of the Heart Sutra or the Vajra Sutra is not as meaningful as [its clear understanding]. [For instance,] the Sixth Patriarch [Huineng] was immediately enlightened upon hearing the statement, “The mind should arise without dwelling on anything.” Imagine that, only one statement!

“No, World-honored One. When the Tathagata was with Dipamkara Buddha, he did not obtain anything from the dharma.” This statement is the key point today. It [buddhanature] is already in you! And it cannot possibly be obtained. Therefore, there is nothing to gain!

[1] Vyuha was translated to Chinese as 莊嚴, which has been translated to English as dignified. Vyuha means magnificence, splendor, adornment as well as supernatural qualities. Here we chose to translate 莊嚴 as magnificent.