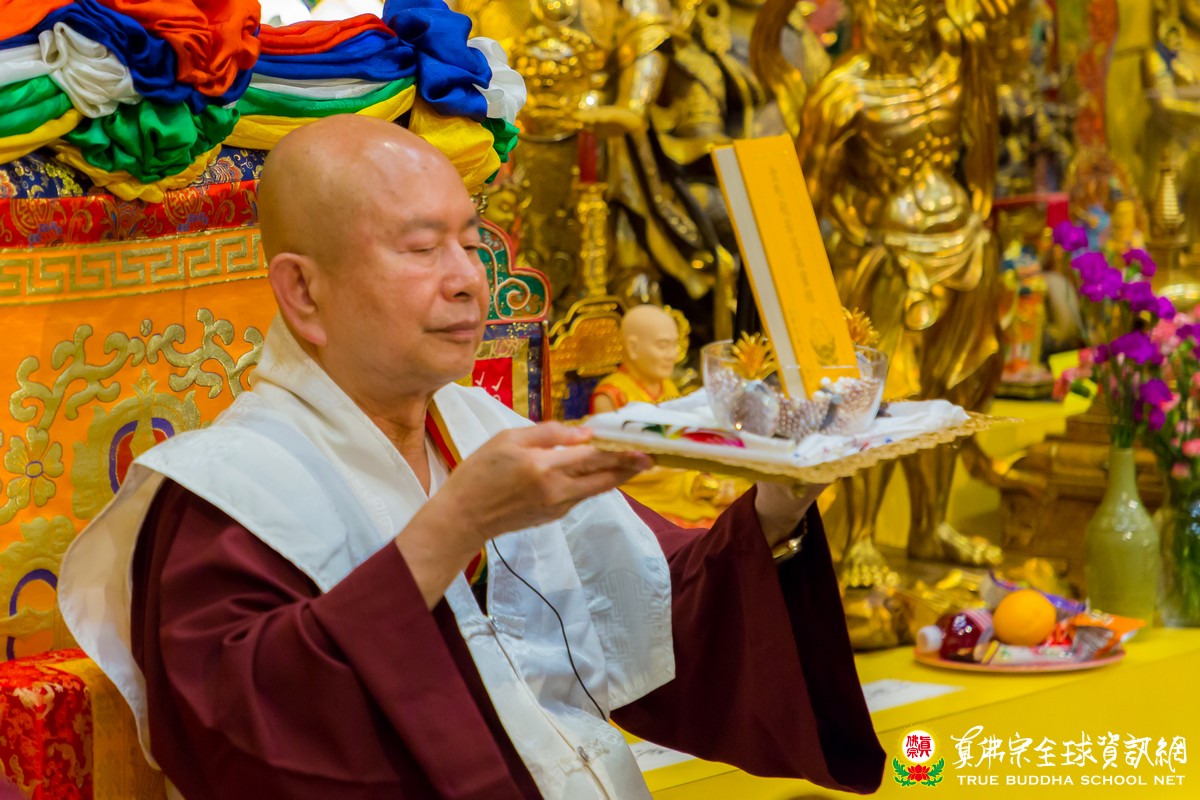 Do you know that many people, when explaining the Vajra Sutra (Diamond Sutra), first explain the title “Vajracchedika Prajnaparamita Sutra,” then plainly state, “Translated during the Later Qin Dynasty by Kumarajiva, Master of Tripitaka?”

Let me tell you a fact: the buddhist sutras were spoken by Sakyamuni Buddha. But who authored them? Who actually wrote down the sutras? For the most part, the authors of the Mahayana sutras are unknown. Kumarajiva translated the Diamond Sutra, but who authored it? There was no author. That was the case for almost all Mahayana sutras. There were no authors, only translators.

But for Tantrayana texts, this is not the case. Have you noticed? All Tantrayana texts name their authors and translators. For instance, who authored this text? Virupa was the author of Lamdre, the translator was someone else. Regarding Tantric Buddhist texts, one can always ask, “who was the author?” Tsongkapa authored Ngakrim Chenmo (Stages of Development on the Tantric Path) and Lamrim Chenmo (Stages of Development on the Bodhi Path). The Five Major Treatises have authors as well. For instance, there are treatises authored by Maitreya Bodhisattva. For Yogacara, the authors were Asanga and Vasubandu. Madyamaka was authored by Nagarjuna and Aryadeva. The treatises had authors. Only Mahayana sutras were anonymous, they stated neither names nor authors. Only the names of translators were given. The Tantrayana texts include the names of authors and translators. This is a matter worth further discussion.

The sutras, of course, were all spoken by Sakyamuni Buddha. But in ancient India, it would be unthinkable for the audience to take notes while Sakyamuni Buddha was speaking; that would be disrespectful. In ancient India, that would have been impolite. So when Sakyamuni Buddha gave dharma teachings, it would have been unacceptable for his disciples to take notes while he was talking. Nowadays this would be perfectly acceptable, but this wasn’t acceptable in that era. Thus, there were the so-called first, second, third and fourth compilations of what people heard and believed the Buddha said.

Ananda had an exceptional memory. He could remember very well and could narrate what he heard. Other disciples would confirm that these words were actually spoken by the Buddha; only then would the words be recorded. Nowadays, who has such powerful memory? I have given dharma teachings for a very long time, and I myself have forgotten a lot of them. Among all of you sitting here today, can anyone remember all the dharma talks Grandmaster [referring to himself] had given from the very beginning up to now? Anyone? If you remember them all, please tell me. In the past, you would have been Ananda. [laughter]

Where did I give my first dharma teaching? At Thau-pan-khenn River in Taichung. We had gone swimming, and afterwards, I put my clothes on, climbed on top of a water tower and gave my first teaching. Whilst on top of the water tower, I spoke on the Saddharma Pundarika Sutra (Lotus Sutra). Is there anyone here who was present at that time? Masters Lian Shi and Lian Zhu were there, they are long-time disciples. Did you two also go swimming? [Grandmaster is talking to the masters who are present in the audience.]

I had given a fengshui consultation, and afterwards we went swimming in the Thau-pan-khenn River. I love to swim, and everyone followed me in. Afterwards, we had time, so we all sat up on the water tower and I expounded the Lotus Sutra. Since then, is there anyone here who can remember all my dharma teachings? Or ever since taking refuge, is there anyone here who could remember every word of my dharma teachings? If so, you must be a reincarnation of Ananda. It’s very difficult to find such a person, for such a person is very rare.