Considering that the entire Indonesia region should act in concert with the True Buddha Foundation (TBF) and indeed follow the precepts and by-laws of the True Buddha School (TBS), in August 2021, the True Buddha School Vajrayana Buddhist Council Indonesia recommended and submitted four outstanding Dharma propagating personnel as candidates for TBF Supervisory Dept. investigators in Indonesia. This is to help ensure that all cultivation venues, Dharma propagating personnel, and fellow disciples in Indonesia are practicing the right path. It is hereby announced that the TBF Core Committee ratified the application, and in Sept. 2021, the four investigators were sworn in. 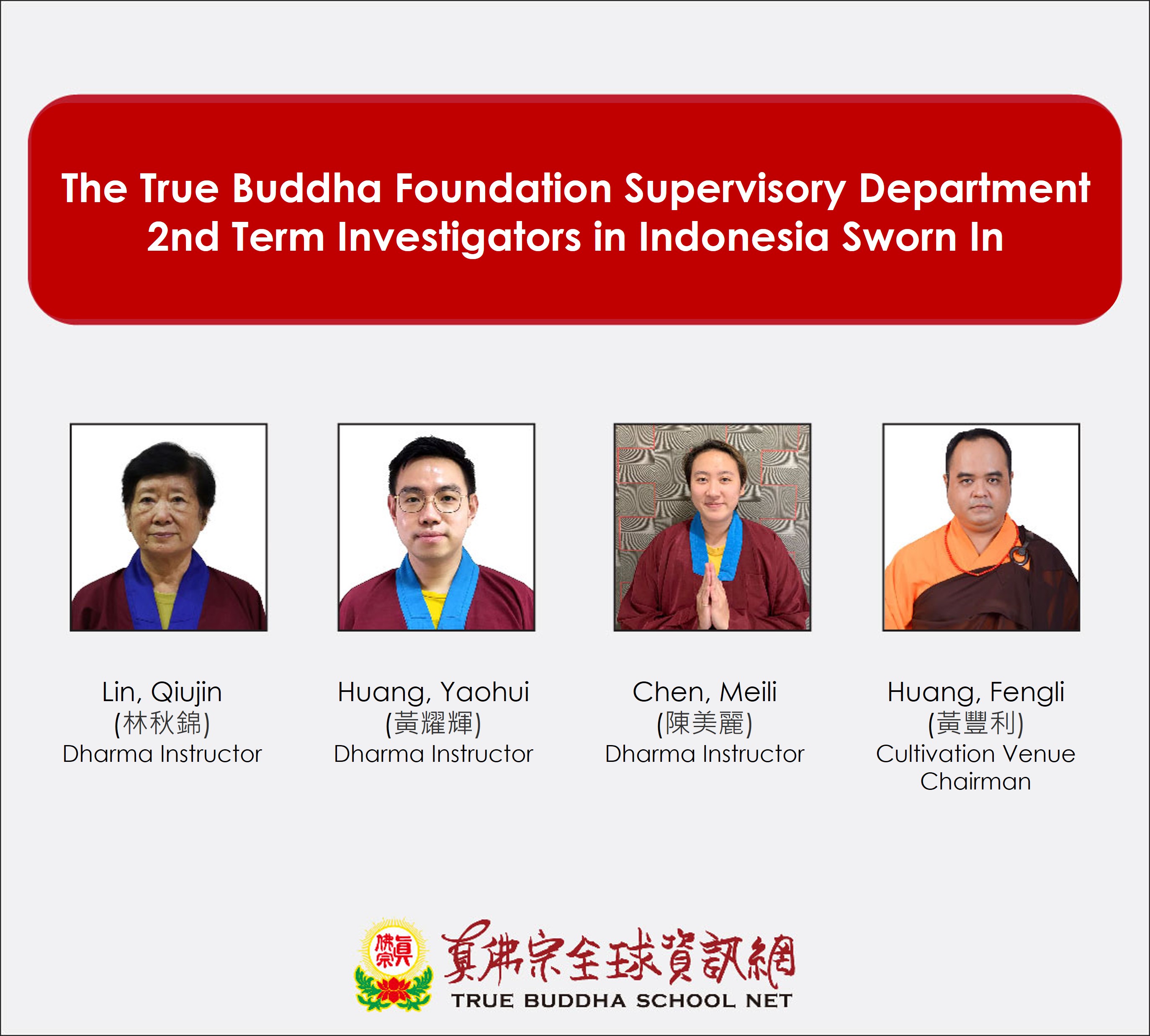 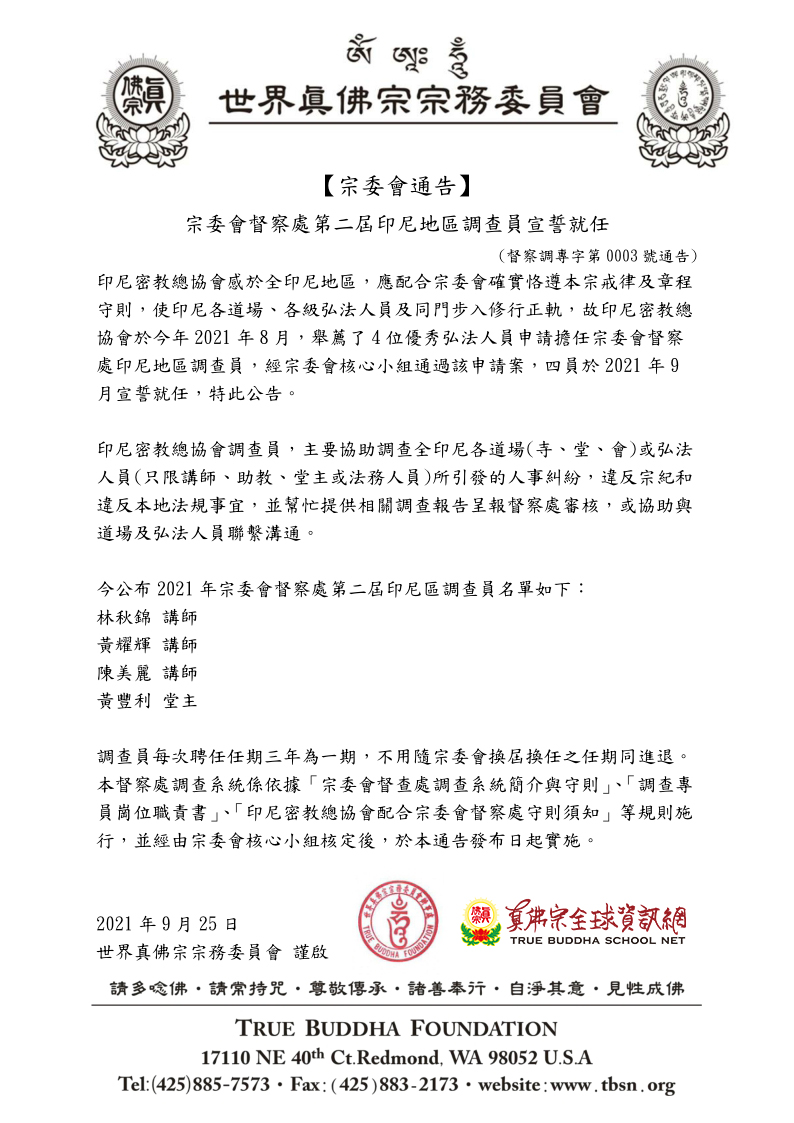 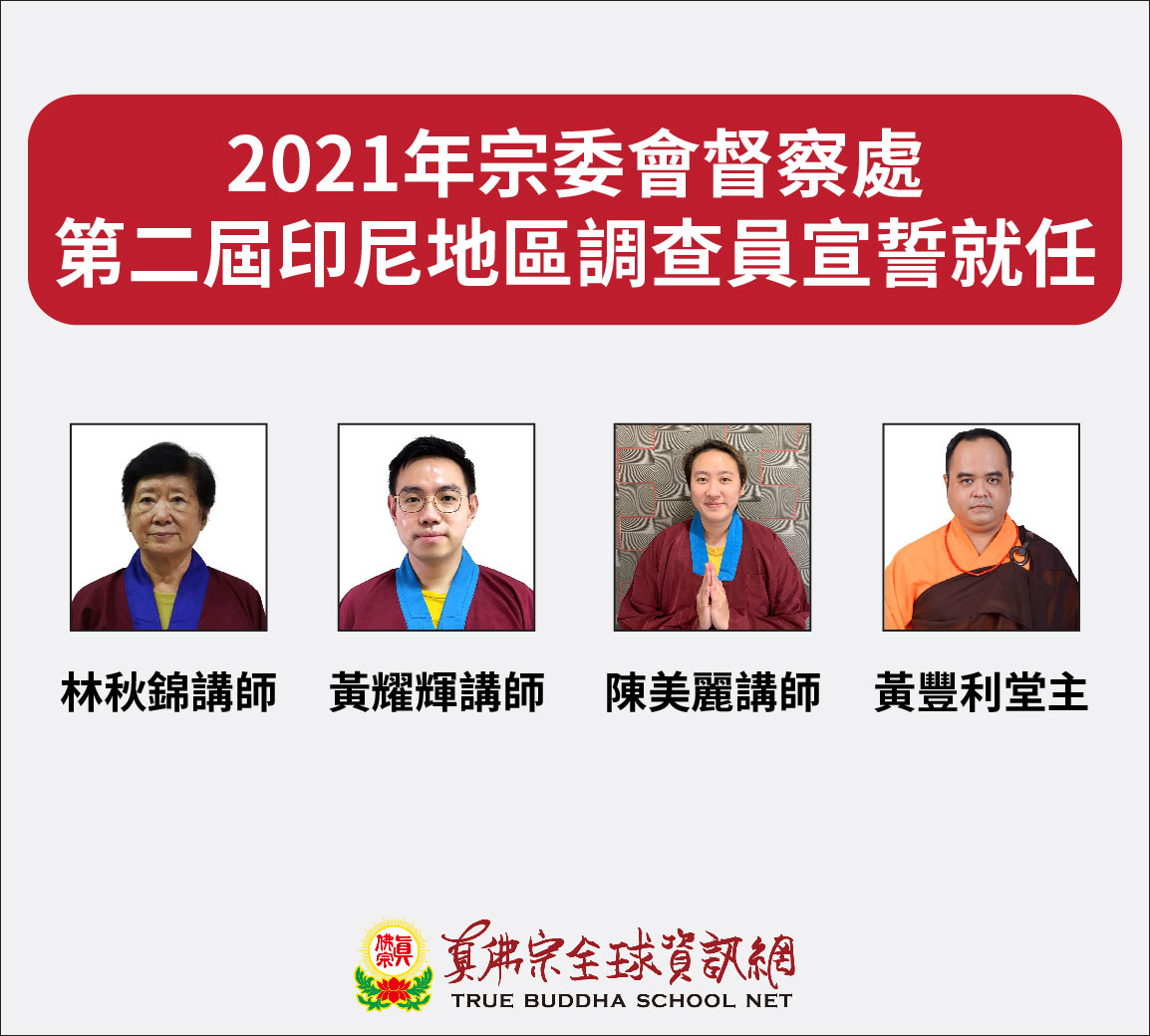