The True Buddha Foundation (TBF) has issued《TBS Personnel Disciplinary Order 0011》stating that, due to violation of precepts, formal disciplinary action was taken against a TBS acharya, namely, Shi Lianqin (釋蓮勤). Accordingly, Shi Lianqin has been demoted to the position of reverend and dismissed from acharya status for a period of two years.

This disciplinary judgment was made in accordance with TBF By-laws and has been finally reviewed by the Supervisory Commission Member Department. Formal notice of the action is hereby issued.

A formal investigation revealed that Shi Lianqin not only committed serious violations of True Buddha School (TBS) precepts for ordained monks, he also breached the Code of Conduct for Masters. It is therefore no longer appropriate for him to hold the position of acharya, which is the most senior position in dharma propagation.

During the investigation process, Shi Lianqin expressed remorse in writing to Grandmaster and TBF. He fully cooperated with the TBF investigation, and demonstrated willingness to accept the disciplinary and corrective actions recommended by TBF. Due to his positive and cooperative attitude during the investigation process, Shi Lianqin has been granted an opportunity to turn over a new leaf. His sincere repentance is reflected in the leniency of the recommended punishment.

The following directives are hereby issued: 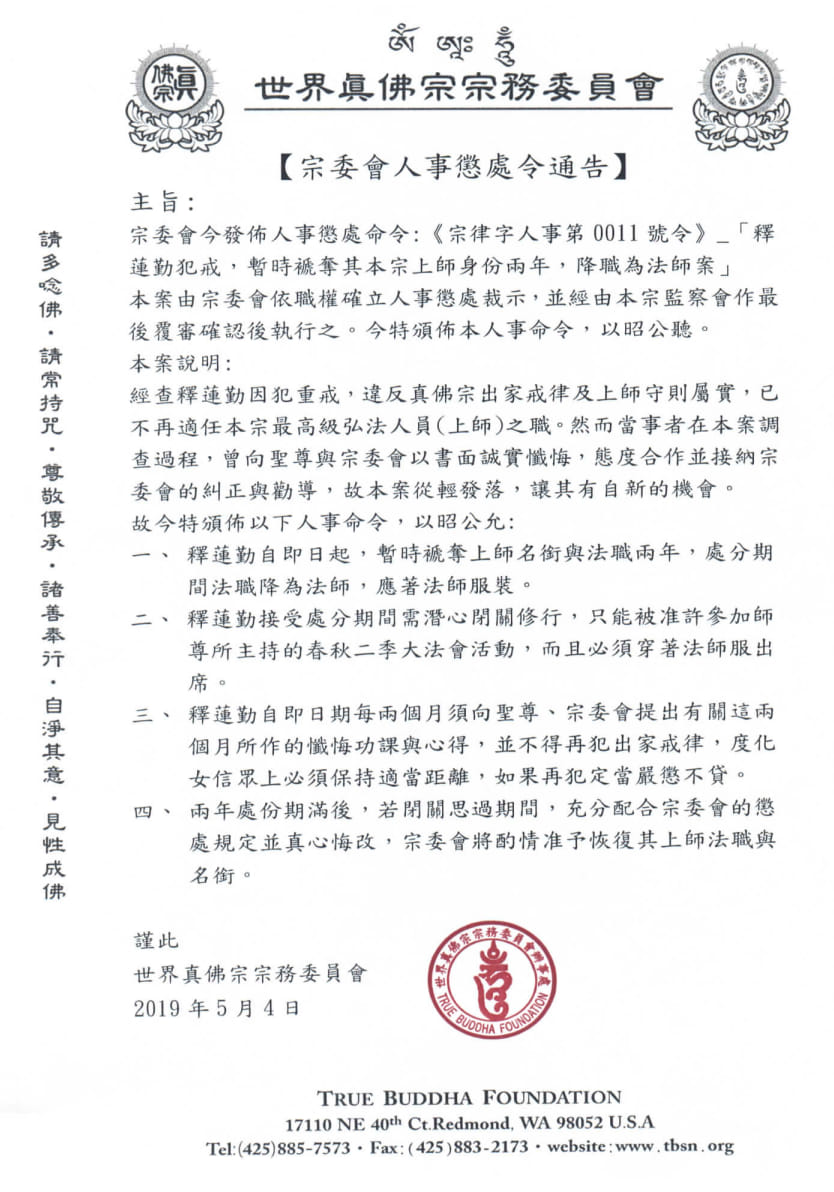