【TBSN News】To Establish a Clear Understanding of XX, all True Buddha School Disciples Should Obtain and Read the Following Four Books: Vicious Ghosts - The Untold Stories, Ghosts and Deceptions, She Devil - Unmasking the Face of a Devil, and The Ghost Headquarters


【Reported by Master Liandian in Nantou, Translated by Lynn Ang, Edited by DJ Chang and Henry Wolf】
On December 30, 2017, Dharma King Living Buddha Lian-sheng Sheng-yen Lu presided over a Mahabala Homa Ceremony at Taiwan Lei Tsang Temple. Prior to the ceremony, Master Lianzhen, along with other masters and disciples acting as representatives of Fuyu Temple of Hsinchu City, respectfully supplicated Living Buddha Lian-sheng to hold a grand homa ceremony for Skanda Bodhisattva and Sangharama Bodhisattva on January 21, 2018, in Hsinchu City. The supplication ceremony conducted by the masters and disciples was carried out in a solemn, dignified and flawless fashion.

Following the homa, in response to the supplication ceremony, Living Buddha Lian-sheng welcomed everyone to attend the upcoming Skanda Bodhisattva and Sangharama Bodhisattva Homa Ceremony in Fuyu Temple.

Long ago, after Sakyamuni entered nirvana and was cremated, a significant number of relics appeared. At that time, ''fast moving evil spirits'' came and snatched some of the relics away. As it turned out, Skanda Bodhisattva appeared at that very moment and used the Rapid Feet Divine Travelling Practice to chase after and apprehend the ghosts. Grandmaster will be specially transmitting this practice at the Skanda Bodhisattva and Sangharama Bodhisattva Homa Ceremony. After cultivating this practice, one need not fear XX's ghosts as one will definitely be able to outrun them all.

Living Buddha Lian-sheng recently paid a visit to XX House. As it turns out, XX House is situated adjacent to Hell and happens to be a hell which is arbitrarily located. In the near future, I will write a book called The Ghost Headquarters which will completely expose everything about XX House.

Following the homa, Grandmaster gave a discourse on Mahabala. Mahabala's crown ornament is Amitabha. On a thangka, Amitabha should be positioned at the top, Golden Mother of the Jade Pond to the right, and Smiling-face Ghost King to the left. Mahabala is a vajra dharma protector manifested from the swirling heart of Padmakumara. On Grandmaster's right thumb, there is an image of Mighty Ghost King formed by the thumb print. The resemblance of this thumb print to Mahabala is remarkable. Mahabala (Smiling-face Ghost King) is also one of the six primary attendants of Ksitigarbha.

Living Buddha Lian-sheng then continued his discourse on Lamdre and discussed the different levels of tantric vase empowerments, such as ''seeing'' body, speech and mind, ''point of cultivation,'' and ''the moment of death.''

When one discovers that one's dharma protector and principal deity are no longer present and there is no longer any spiritual response, this is a sign that death is approaching.

To establish a clear understanding of XX, all True Buddha School disciples should obtain and read the following four books: Vicious Ghosts - The Untold Stories, Ghosts and Deceptions, She Devil - Unmasking the Face of a Devil, and The Ghost Headquarters. 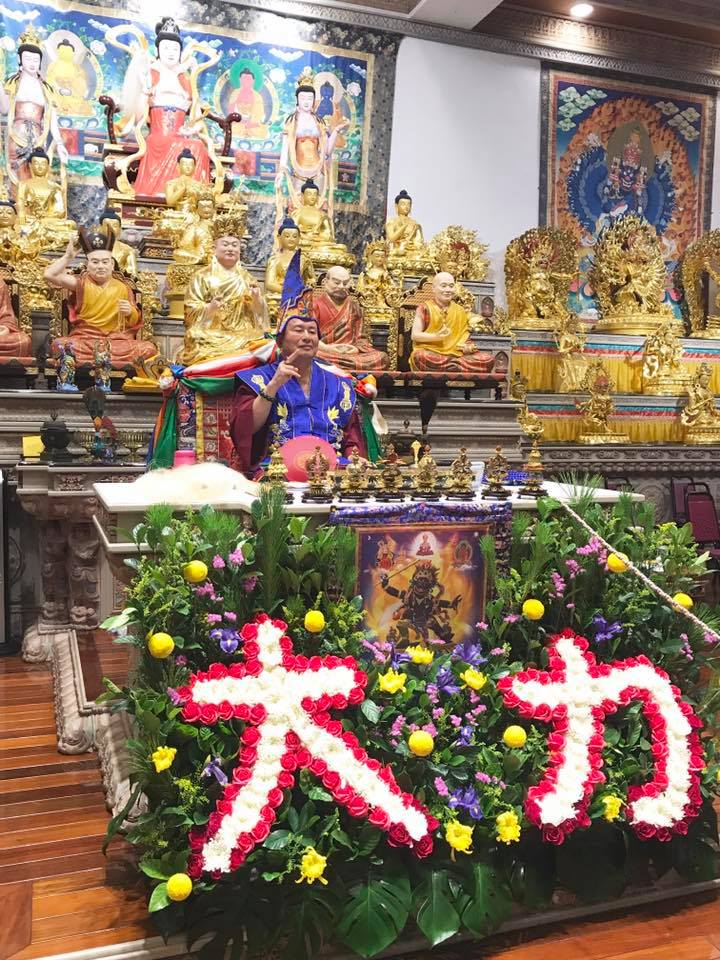 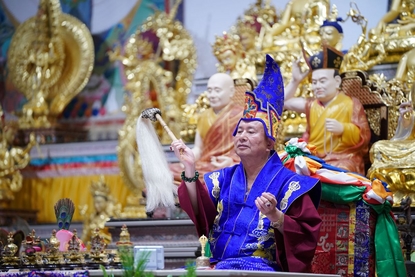 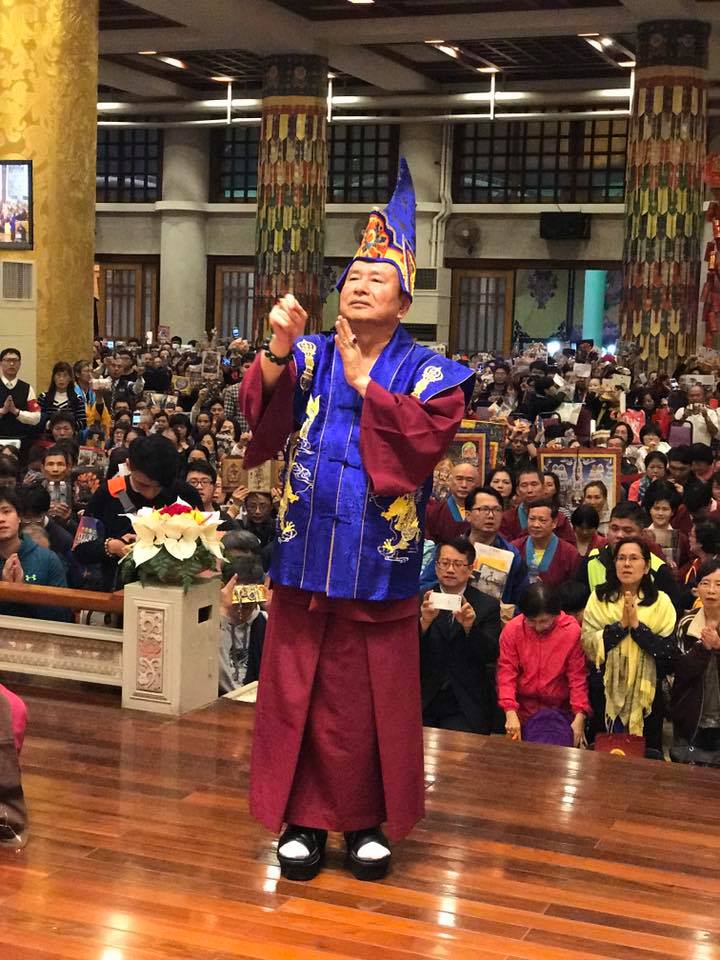 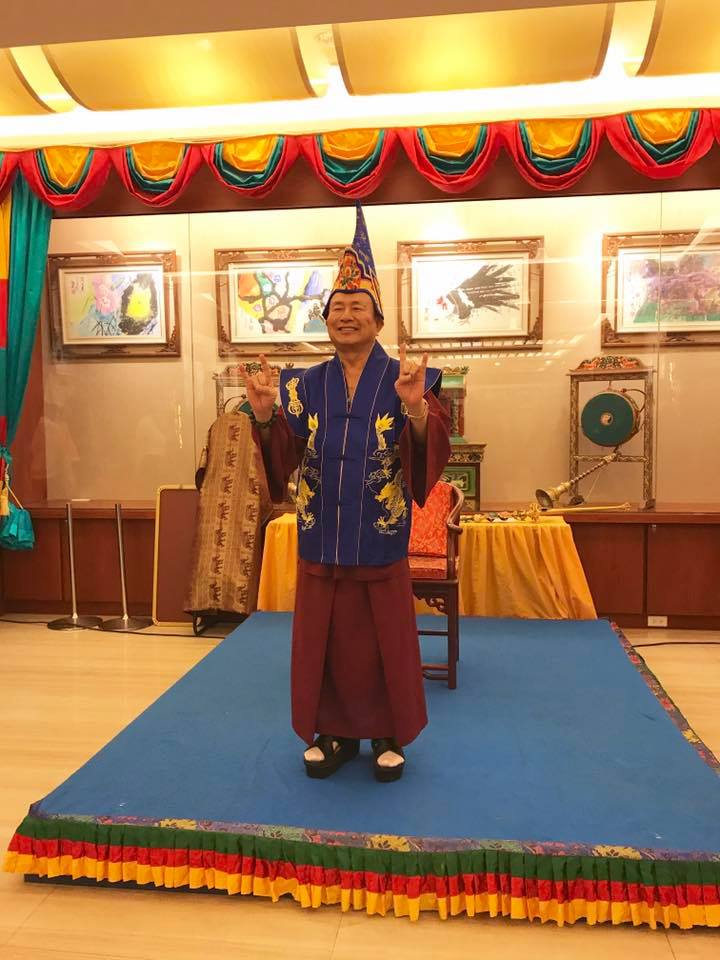 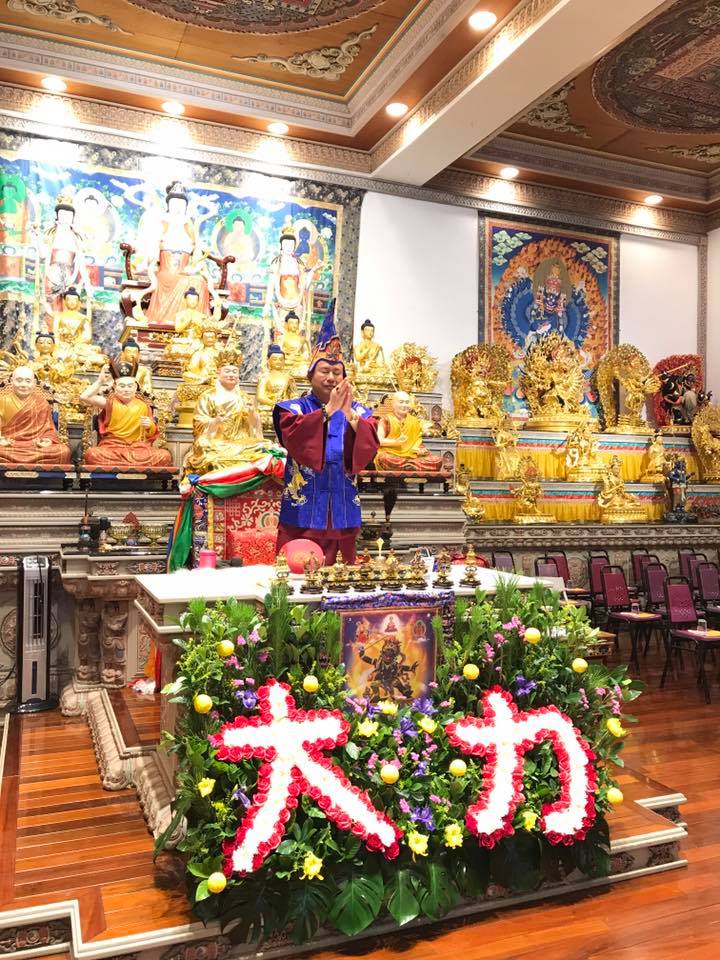 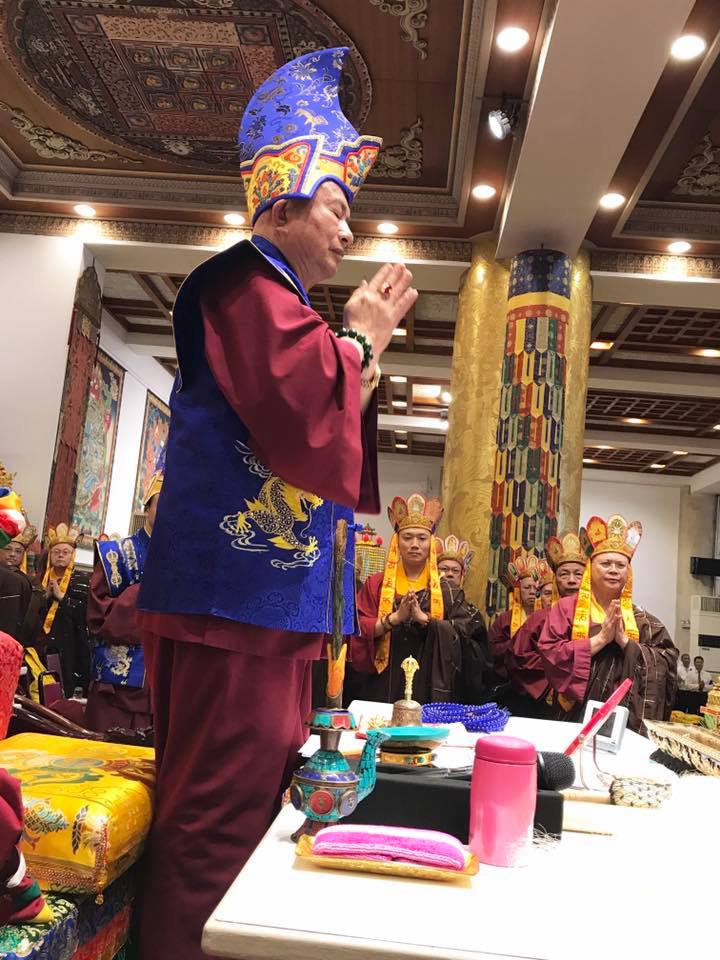 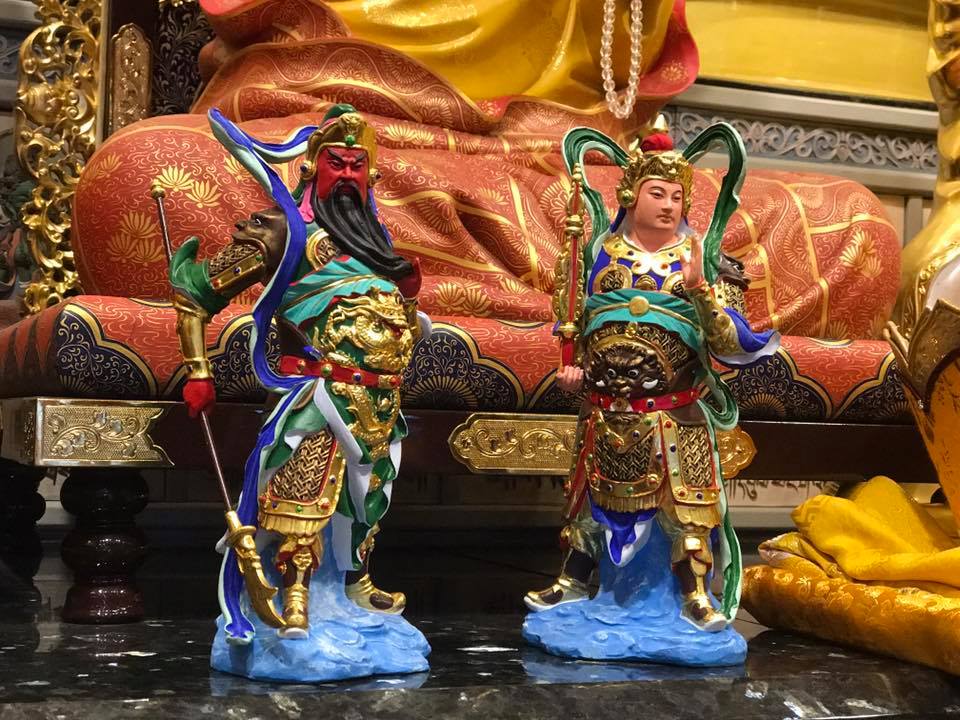 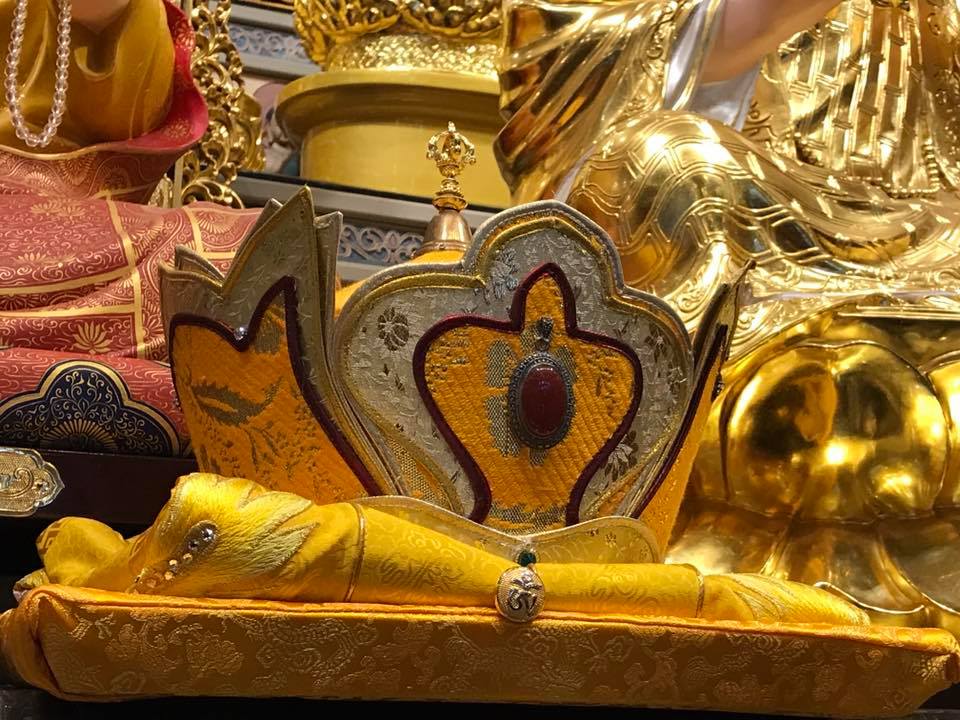