Spring is here! The white clouds set against the clear blue sky, the cheery sun that shines upon the expanse of green on the hills, and the streaming water in the river -- these are refreshing balms that nature brings to us!

It was against the backdrop of such good weather that Grandmaster and Shimu arrived at Rainbow Temple on April 12, 2020.

In compliance with the State of Washington's directive to stay at home to prevent the spread of COVID-19, Rainbow Temple could not have gatherings. Hence, to enhance the spontaneity and interaction of disciples with Grandmaster, Rainbow Temple used teleconference software for the first time. This enabled Grandmaster to see worldwide disciples and reduce the barrier of distance between them.

Before the discourse, Grandmaster greeted and waved at the participants that were shown on the monitor.

Since the beginning of this week, Grandmaster has started answering questions submitted by disciples on various aspects of spiritual cultivation. On this day on April 12, as usual, Grandmaster gave perfect answers during the discourse.

At the discourse, Grandmaster also mentioned that during Shakyamuni Buddha's era, many sutras and doctrines were the result of the collation of questions and answers between the Buddha and his disciples.

After the homa ceremony, Shimu expressed awe at Grandmaster's superb discourse, for it could enhance disciples' learning of the Buddha-dharma in depth. In fact, the questions and answers could be collated into a book as well.

After the ceremony, Grandmaster demonstrated his drumming skills in the main hall. Grandmaster was such a maestro that each drumbeat touched the heart of everyone present. The interplay of fast and slow drumbeats was so skillfully executed that the audience felt as though they were brought into scenes of meandering rivers and majestic mountains in a seamless fashion. The powerful rendition of the drumming music was mesmerizing to the extent that all wears and cares of life were thrown aside temporarily, and the soul became peaceful at once.

In these trying times, Rainbow Temple will try its utmost best to support Grandmaster's homa ceremonies and discourses, so that the continuity of dharma propagation remains uninterrupted.

There will also be regular film snippets of Grandmaster's daily activities. In addition, there will be timely reports so that disciples in any corner of the world can connect with Grandmaster, heart-to-heart. Let's be together with the Buddha! 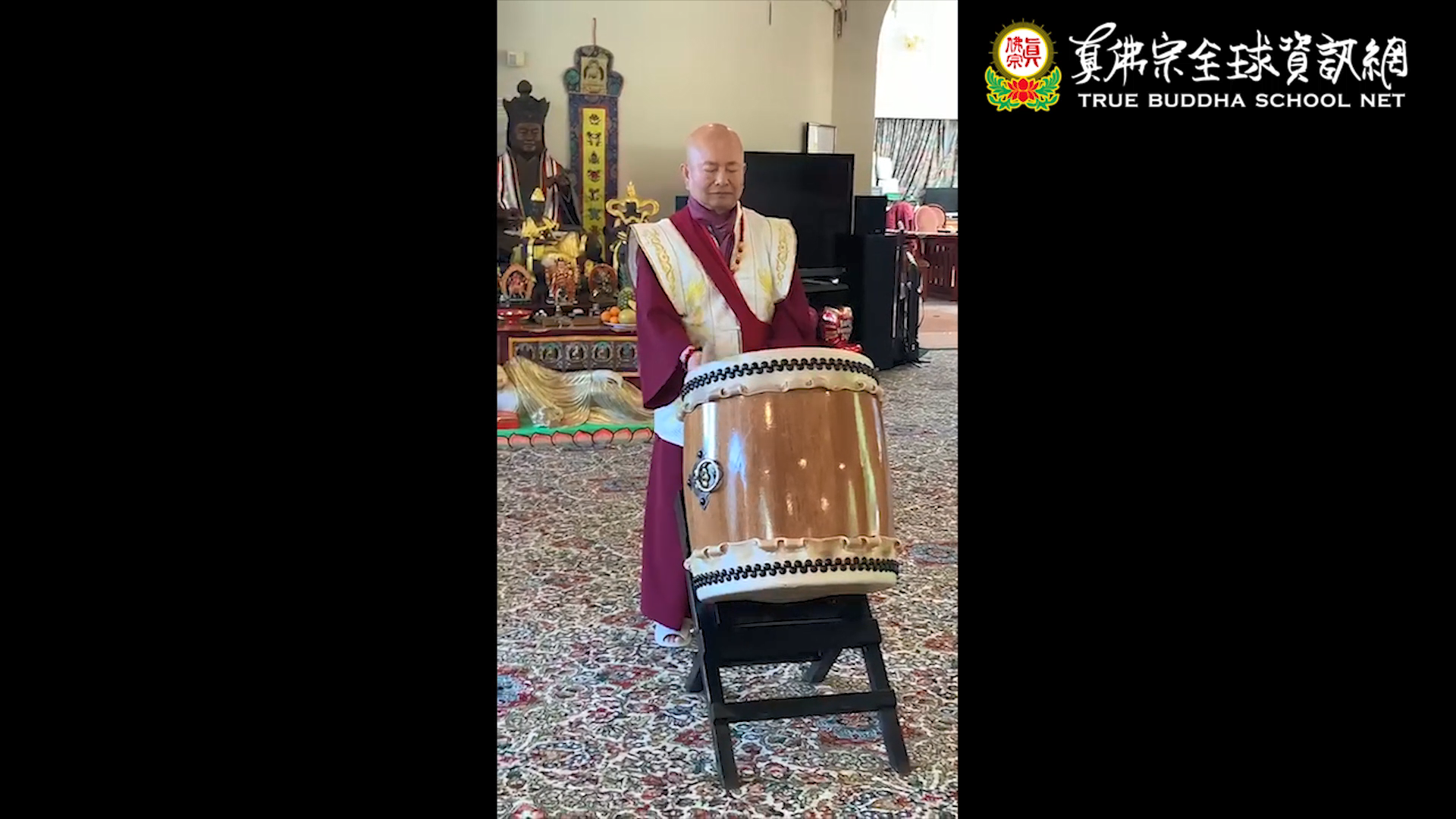 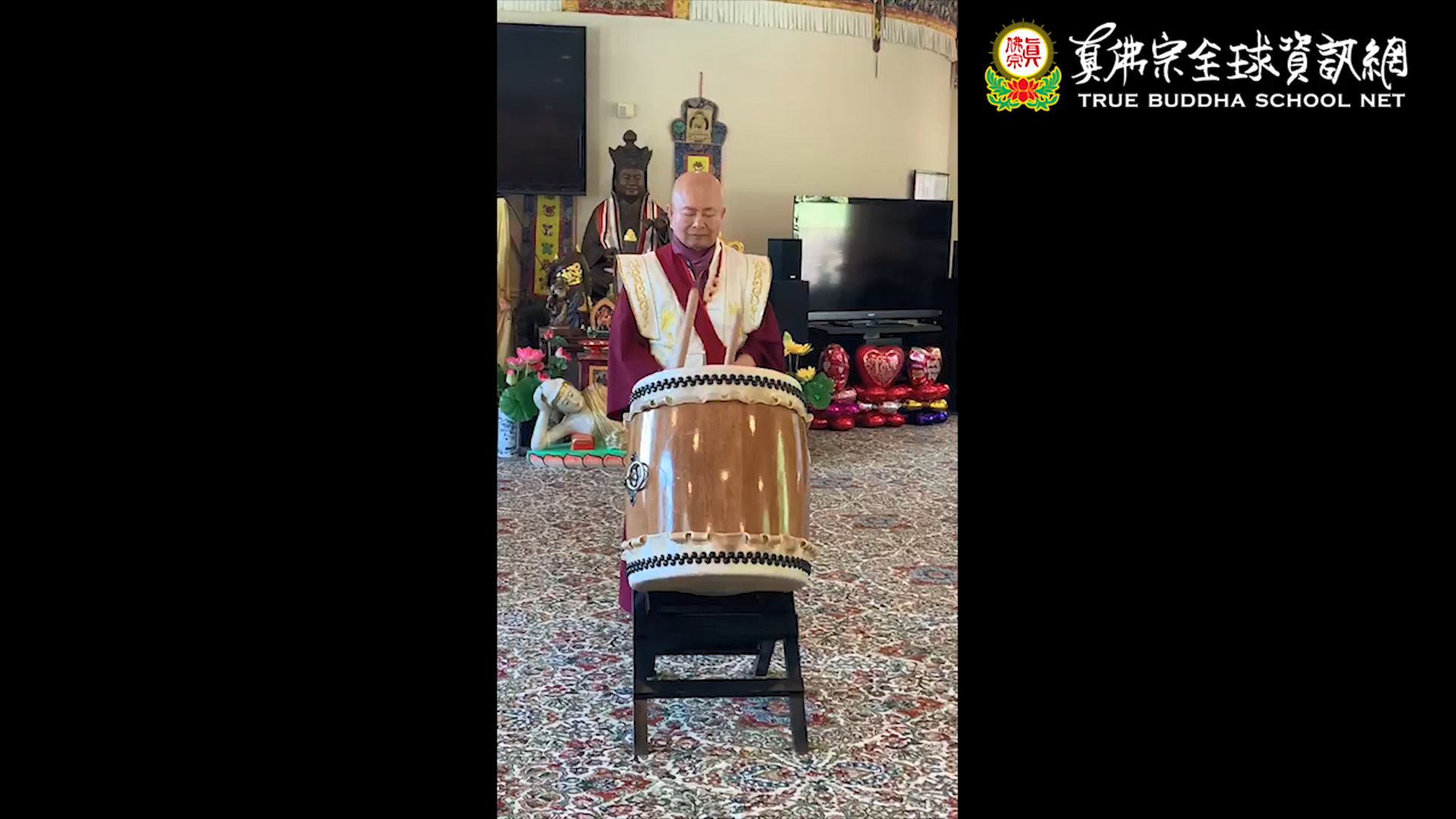