A weekend group cultivation session was being held at Ling Shen Ching Tze Temple on December 19th, 2009 (Saturday) at 8:00 p.m. in the evening. The group cultivation was presided over by Grand Master and Shimu, which was on Ksitigarbha Boddhisattva Principal Deity Yoga practice led by Shi Lian-Dzan Acharya Master (釋蓮鎮金剛上師). The following Acharya Masters were also present: Shi Der-huey, Shi Lian-ning, Shi Lian-yin, Shi Lian-wang, Shi Lian-jieh, Shi Lian-zhu, Shi Lian-jie, Lian-ying, Shi Lian-zhi, Shi Lian-deng, Shi Lian-fu and Sao-dong, as well as numerous Dharma Professors and Dharma Instructors. Afar had come numerous devotees from Toronto of Canada, various states of the U.S., Singapore and other areas of the world. The seating spots in the venue were completely filled leaving no vacancy at all. A Chinese-English bilingual simulcast system was implemented in the venue of Ling Shen Ching Tze Temple which broadcasted the invaluable Dharma discourse of Grand Master and the cultivation session live to all True Buddha devotees all over the world via the internet; all participants inclusive were suffused with the benefits of Dharma.

Before the group cultivation session commenced, two special guests from Great Britain-a couple with the last name of Deng, and a pilgrimage group from Taiwan consisted of ten-plus people were all heralded with words of welcome.

After the group cultivation practice ended, an exposition by Dharma Instructor Lian-yen was given in regard to teachings by speech and action of Grand Master of whom she felt grateful. She further pointed out how she has learned from the humble mannerism of Grand Master as He interacts with others. Lastly, she wished with goodwill that herself and everyone else will promptly attain fruition in the practice of Buddhism.

Next, an exposition by Acharya Master Lian-Dzan (蓮鎮上師) who recalled the olden days when he was a resident of metropolitan Seattle and now he is ``back home,`` so to speak. He is still quite familiar with metro Seattle to this day. He went on to said that the True Buddha`s Kalachakra Temple in Farmersville of Texas, U.S.A. occupies a very large area of land and is in need of many volunteers to help out with Dharma tasks. The Temple is preparing to hold a series of ``Seven-Dhyana Meditation`` sessions as well as other activities in near future. Acharya Master Lian-zan is professionally a Chinese acupuncture doctor. As per his professional experience, he said that one has to be careful with his or her food and drink intake in order to keep a healthy body. The Acharya Master pointed out that the key to achieve spiritual interfusion with Ksitigharba Boddhisattva Deity is to abolish the ``discriminatory`` mentality which is born of mental attachments. The practitioner has to gradually eradicate mental attachments through (spiritual) practice. By analogy, a genuine medical doctor has to treat a particular illness with a corresponding antidote; likewise, we do spiritual practice/discipline in order to subjugate or restrain our six senses. One ought to think of how to act benignly to others so as to change your outlook. Spiritual practice/discipline is a difficult path of endeavor; one has to overcome enticement of prestige and money and not to be discouraged by failure. One ought to steadfastly forge ahead and shall reach the final goal in triumph.

Immediately following the Acharya Master`s exposition is the invaluable Dharma discourse given by Grand Master. First off, Grand Master read an excerpt from ``The Altar Sutra as Spoken by the Sixth Patriarch`` which He expounded succinctly. Then, Grand Master continued on where He left off in His exposition on the subject of ``thoughtlessness.`` By analogy, ``thoughtlessness`` is likened to a child looking on at a drawing full of various figures and colors without being impacted mentally or emotionally by what is seen. Likewise, a spiritual practitioner sees all the rights and wrongs, rises and falls, turmoils and commotions as mere ordinary impermanent phenomena of the world to which he or she just shrugs off; the practitioner discerns the significance well without being bound and is hence defined as ``The practice of thoughtlessness.`` The discriminatory faculty is born of the six sensory faculties; the genuine epitome of the non-discriminatory mind frame is the one in which the mind is not impacted by the extraneous factors regardless of the circumstance the person is situated. From the standpoint of a Buddha, all sentient beings do not differ from one another and are all equal, this is what the Sixth Patriarch called ``Prajna Samadhi.`` A Buddhist practitioner ought to go along with karmic affinity, go along with liking, go along with obligation, keep one`s own obligation and fulfill one`s own obligation. In this world, only the true Buddha Nature is of the utmost importance, within which are wisdom and radiance. A person needs to keep the body and the mind healthy so as to practice Buddha Dharmas well.

Next, Grand Master bestowed Refuge Empowerment on the new initiates, blessed the Great Compassion Dharani water and sanctified the Buddha statues and effigies. Grand Master also bless empowered all the attendees by palming their heads. Everyone was blissful of Dharma. The group cultivation ended with an ambiance of joy. 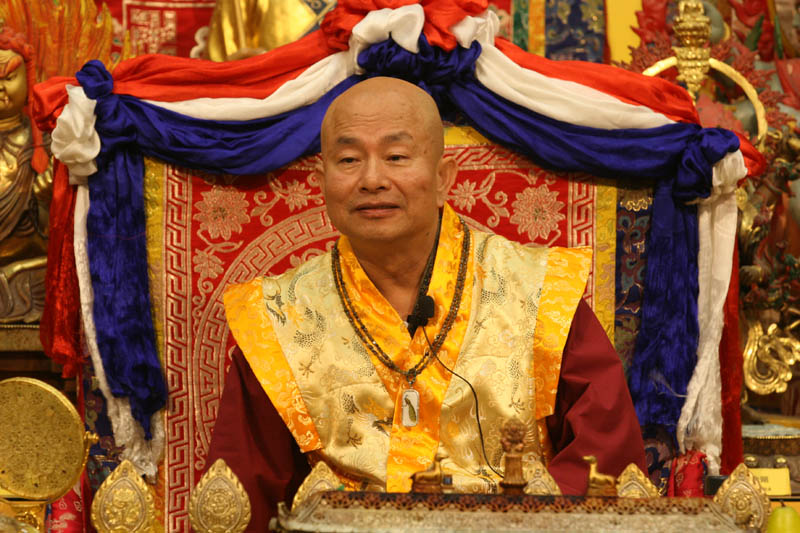 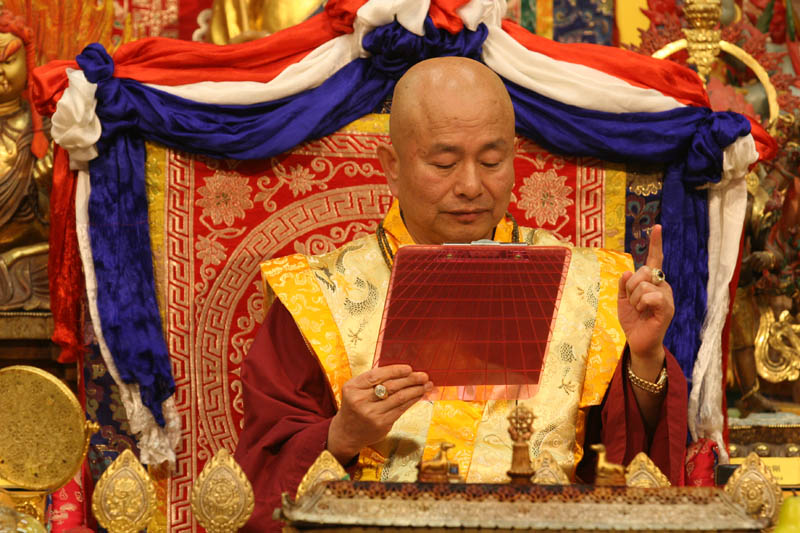 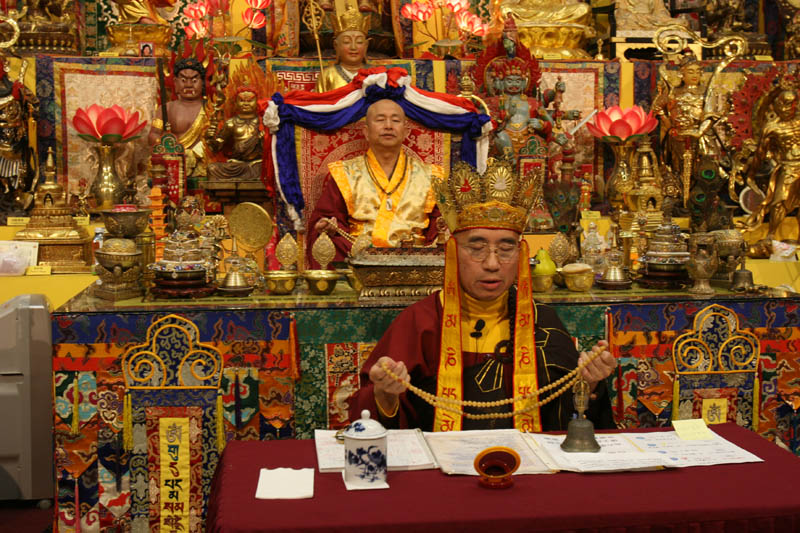