On December 20th of 2009 (Sunday), the Supreme King of Dharma, Grand Master Lian-sheng ministered a homa ceremony with Dharma assembly in response to earnest requests by multitude of disciples of the Four Groups. The principal deity to which the homa ceremony was dedicated was Grand Master`s Root Dharma Protector-Shri Bhagavan Yamantaka. The power of Yamantaka Deity is so inconceivable that it was felt by all participating disciples of the Four Groups. This homa ceremony was deemed extraordinary in that the surrounding weather changed suddenly causing an abrupt, strong gust of wind with unnerving whistling and humming sounds amid the drizzling rain.

At 3:00 p.m. in the afternoon, the Supreme King of Dharma, Grand Master Lian-sheng at the warm reception of numerous disciples, arrived at the Homa Ceremonial Hall and proceeded to take seat in the King of Dharma Throne. He ministered the 「Yamantaka Homa Ceremonial Assembly for Eradication of Calamities, Supplication for Blessing, Prosperity, Affection and Bardo Deliverance」, with which also came the transmission of the「Empowerment of Yamantaka Sadhana」. Empowerment in Vajrayana Buddhism is entailed by the unique power of sanctification transmitted through the root of the lineage. Substantial lineage is essential for successful practice in Tantric cultivation.

The King of Dharma elaborated in his Dharma exposition that Yamantaka is the Sanskrit equivalent for 大威德金剛 (pronounced Da-Wei-Derh-Jin-Gang) in Chinese. The deity is highly revered in Tibet. The practitioner may experience strange phenomena in the course of his or her Tantric cultivation. His power is astounding in that he can fulfill all wishes supplicated (by every practitioner).

``Why one has to take refuge in a Acharya Master in Vajrayana Buddhism?`` Grand Master explained, because if there wasn`t a Acharya Master in existence, then there wouldn`t be any person to pass along Buddha-Dharmas, the principal deities, Dharma protectors and sadhanas (prescribed procedures), the aspirer must therefore take refuge in a Acharya Master. There is a stipulation in the code of precepts of Vajrayana Buddhism stating: ``Regardless of how lofty thy level of spiritual attainment is, thou shall never betray or forsake thy Root-Guru Master.`` Despite whether the practitioner has reached a high degree of mastery of enlightenment, Buddhahood, or monkhood, he must learn to ``Appreciate the source of water from which one drinks to stay alive`` expressed in a Chinese maxim as 「飲水思源」. The reason being that one would not be able to achieve mastery in spiritual realization without transmission of Dharmas by a Acharya Master.

Grand Master continued to explain that it was once said by someone that ``If there was no XX Acharya Master, then there wouldn`t be Ling Shen Ching Tze Temple at all.`` The King of Dharma, once over again, instructed the disciples of the Four Groups that the practitioner must use rational reasoning to figure this out: If there wasn`t a root guru, then there wouldn`t be any Acharya Master around and hence no Ling Shen Ching Tze Temple ever existed. Remember to trace back to the source. Someone had also said, ``Believe in the Jade Pond Golden Mother is enough!`` However, the line of lineage from which the Jade Pond Golden Mother runs is also through the Lineage Root Guru. Thus, one must learn to ``Appreciate the source of water from which one drinks (to stay alive)「飲水思源」,`` and never betray or forsake one`s root-guru master!

The King of Dharma admonished all disciples: Grand Master is also in need of Acharya Masters, Dharma Professors and Dharma Instructors to help guide all sentient beings to take refuge, so as to further build up True Buddha School. Everybody must remember the importance of lineage, respect the Lineage Root Guru and never sever the lineage. Had the lineage been cut off, destruction or death shall ensue. This is likened to a tree without root which shall soon perish naturally.

Grand Master inclusively advocated such an unique True Buddha Tantric Dharma in hopes that there are increasingly more True Buddha devotees who would proceed from their heart to help redeem all sentient beings. We ought to dearly value such an unique originality and lineage and commit ourselves to implement the teachings of the King of Dharma, Grand Master Lian-sheng. 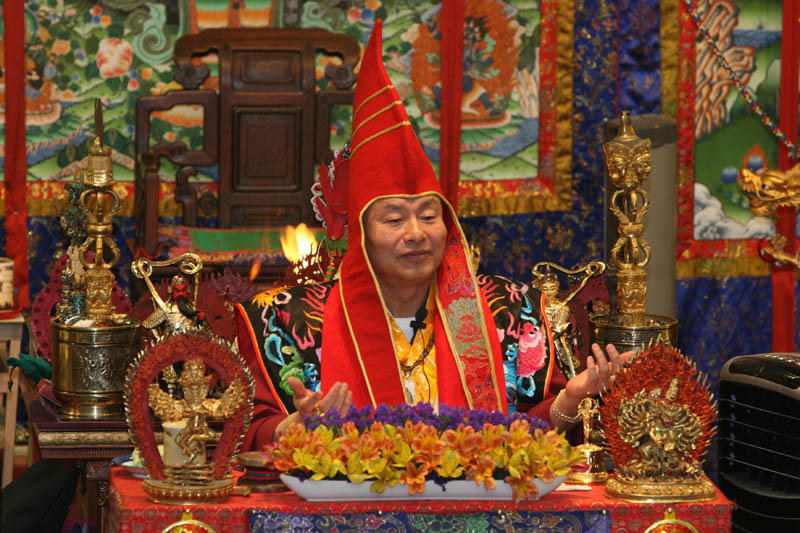 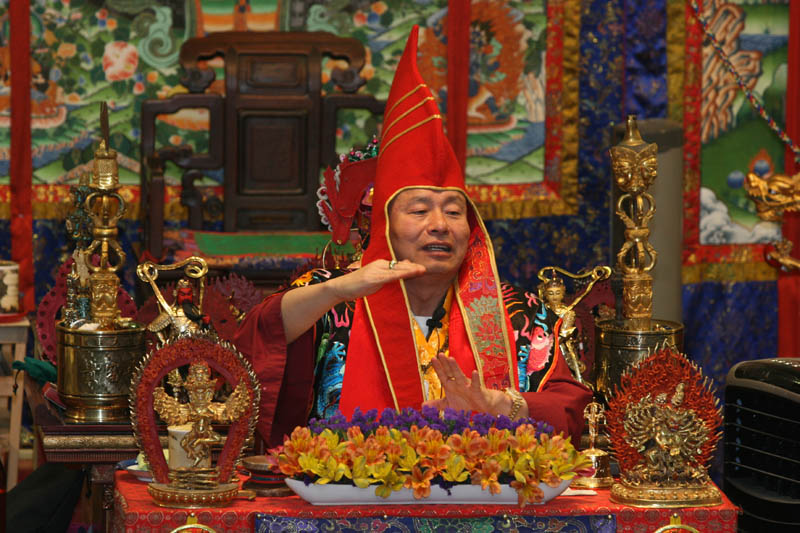