On January 9th of 2010, Grand Master earnestly taught the participating disciples the Way of Thought

The weekend group cultivation held at Ling Shen Ching Tze on January 9th of 2010 was indeed a very unusual occasion. Not only Grand Master and Grand Madam, Shrmu were present to bless the cultivation session, the Consular of Taipei Economic and Cultural Affairs Office of Seattle, Mr. Dong-Zhou Liao (西雅圖台北經濟文化辦事處廖東周大使) was also present to uphold the venue. The group cultivation was ministered by Acharya Master Lian-deng (蓮嶝上師) featuring Namo Padmaksambhava Yoga practice and upheld jointly by all participating Acharya Masters, Dharma Professors, Dharma Instructors and fellow devotees from everywhere.

Before the group cultivation commenced, Consular Dong-Zhou Liao delivered an address in which he praised that all True Buddha School disciples are very fortunate to have followed the footsteps of such a strictly disciplined, wisdom-profound master, and that Grand Master has instigated the wisdom of human existence in everyone`s mind. Consular Liao also admiringly acclaimed Grand Master for having written six books per year with astonishing stamina and penmanship of fluidly profound wisdom of Buddha. Consular Liao appreciatively thanked Grand Master, Grand Madam and all True Buddha School disciples for the enormous charitable contribution to the cause of fund-raising efforts for Taiwan`s August-8th Disaster Relief. He also advised the people who are not affiliated with True Buddha School to understand the devotees of True Buddha School by visiting every True Buddha School temple, chapter or establishment to see the devotees at discipline so as to further understand the ins and outs of the School. On completion of the Padmaksambhava Principal Deity Yoga group practice, Dharma Instructor Jou-ru (九如法師) gave a dharma exposition on the subject of ``pertinacity to principles`` (法執) and Acharya Master Lian-deng (蓮嶝上師) elaborated on the subject of ``here and now`` (當下).

Thereafter, Grand Master cordially greeted everybody at the venue with a New Year wish that everyone have an aggressive as under the zodiac sign of Tiger, fulfilling, auspiciously pleasant year ahead; He also supplicated to Namo Padmaksambhava Deity to bless-empower everybody with immaculately sacred radiances. Every devotee felt the inspiring radiances of Buddha upon hearing the warm blessing of Grand Master.

Grand Master also made a congratulating announcement for the year of 2010: White Dakini had descended and notified Grand Master that one of His close retinue disciples - Acharya Master Lian-ning (蓮寧上師) is intrinsically ``Great Purple Lotus Padmakumara``; his level of spiritual insight is very high and is worthy of transmission of Legacy of Lineage, and is henceforth honored as an ``Enlightened Acharya Master`` among other Enlightened Acharya Masters nominated thus far. The participating fellow devotees and the ordained disciples responded with thunderous applause and a standing ovation upon hearing this wonderful news.

Next, Grand Master continued on with his dharma discourse on ``The Altar Sutra as Spoken by the Sixth Patriarch.`` Grand Master explained from the quoted excerpt the requisites of receiving dharma transmission (including the legacy of lineage), and instructed the practicing participants to empty one`s mind of anxiety and vexing thoughts and to purify one`s mind. Thus one can invite all Buddhas and Boddhisattvas from ten directions and three time periods to preside at the heart chakra from which the most luminous light shall radiate forth. Consequently, one shall interfuse with Buddha at onement and identify oneself with Buddha. One ought to practice the Way of Thoughtlessness as professed by the Sixth Patriarch; one will come to realize that anxieties and vexations are not anxieties and vexations anymore. The practitioner should not retrospect the anxieties and vexations of the past; whatever is happening now will become something of the past, and pay no mind to it; future anxieties and vexations shouldn`t be harbored at present, such that one can control one`s own self and eradicate all anxieties and vexations.

On listening to the wisdom-profound teachings of Grand Master, the participating disciples were able to unlock the ``knots`` of anxieties and vexations that had been latent in their minds for a long time. Following Grand Master`s way of being in the Here and Now state and be happy for good, isn`t it great?

On completion of the group cultivation and dharma expositions, Consular Liao and all the participating disciples lingered on in front of the Tantric Quarters chatting freely with Grand Master and Grand Madam (Shrmu); listening to the Grand Master`s and Grand Madam`s words of profound wisdom and humor was quite heartening. Grand Master also presented Consular Liao a priceless original hand-draft manuscript of the new book in press: ``A Cool-Refreshing Thought`` as a gift, and personally took leave of Consular Liao. Grand Master also made an advisory announcement to all the fellow-devotees from Vancouver, Canada, to drive carefully on their way back home. Everybody departed satisfactory with the benefits of Dharma. Another unforgettable and meaningful night of group cultivation had just come to pass! 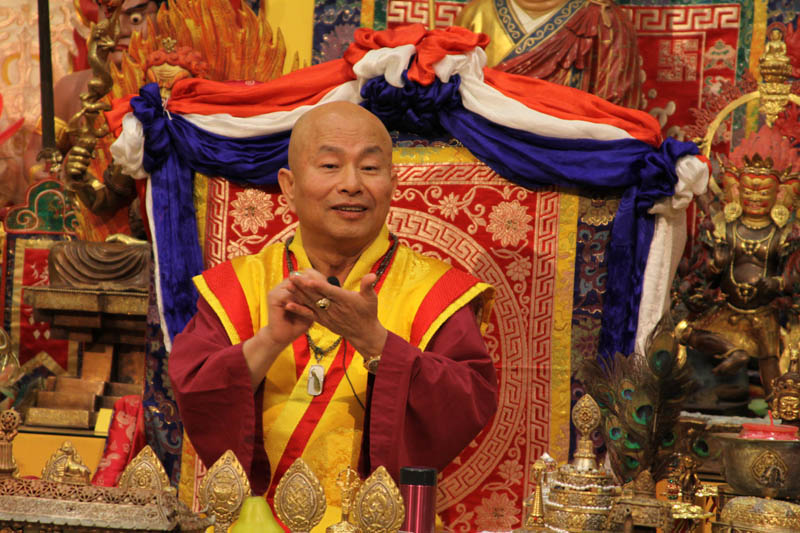 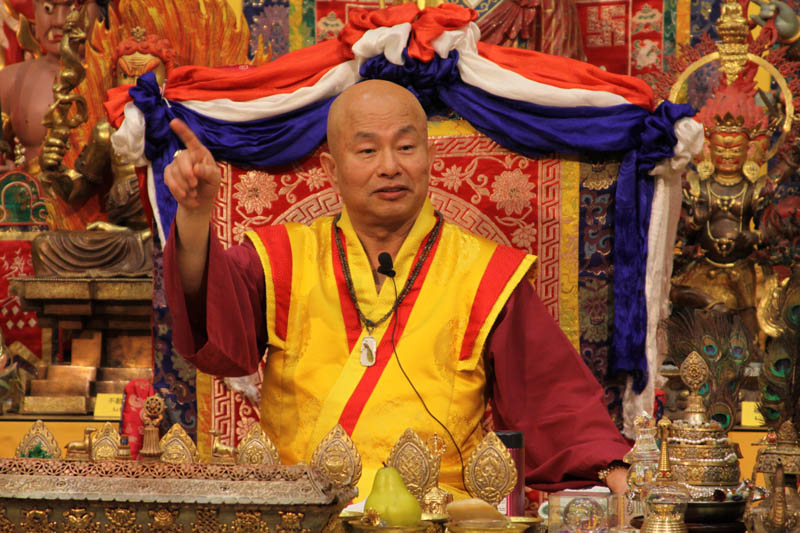 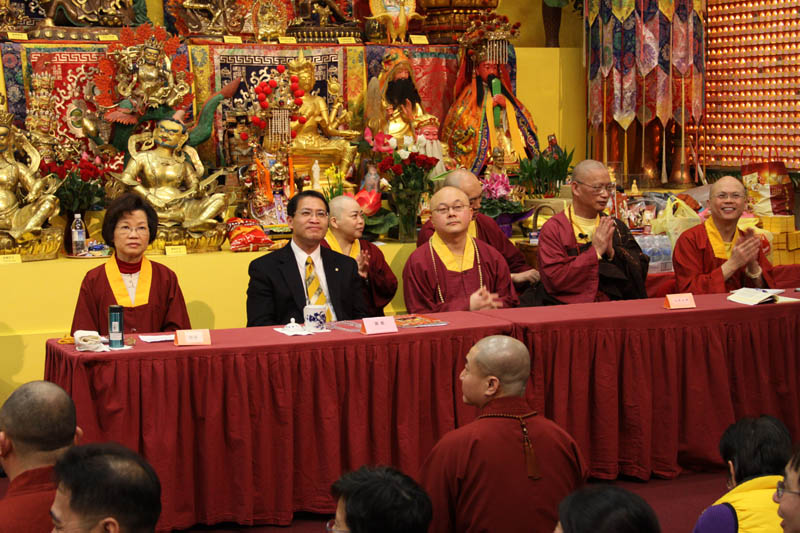