On January 1st, 2010 at 1:00 p.m. in the afternoon, Culture Center of Taipei Economic and Cultural Office (T.E.C.O.) in Seattle had conducted a 「New Year Flag-hoisting Ceremony Convened by Various Oversea Scholarly Guilds in Seattle」on the Cultural Center`s own premises.

On invitation to the New Year Flag-hoisting Ceremony, Grand Master Lian-sheng, the founder of True Buddha School in the accompaniment of Grand Madam (Shrmu), Dr. Foching Lu Esq. the President of Sheng-yen Lu Charity Fund Foundation with her spouse, the Chairman-Abbot of Ling Shen Ching Tze Temple-Acharya Master Der-huey, numerous other Acharya Masters, Dharma Professors and Dharma Instructors had participated in this venue. Each scholarly guild also sent their own representative to partake of this venue, totaling about over two hundred people.

The Flag-hoisting Ceremony featured Mr. Dong-zhou Liao-the Consular of Taipei Economic and Cultural Office in Seattle and Mr. Shi-liang Lin-the Supervisor of Cultural Center of Taipei Economic and Cultural Office in Seattle, together with all the participants from various scholarly guilds gathered in the atrium of the Cultural Center to conduct the flag-raising ceremony. The ceremony started off with a lion dance as an inception rite. The lion dance was made up of two teams of acrobatic dancers under the guise of two lions. The dance was vigorous and full of pouncing spirit which well signified a vigorous Year of Tiger ahead and all affairs shall be auspiciously pleasant. Next, the guild representatives sang the American and Taiwan national anthems and hoisted the flags of the two nations aloft.

After the ceremony, everybody returned to the main hall of the Cultural Center to engage in a celebration of the New Year. Everybody greeted one another with good-will wishing.

At the venue, the host of the Cultural Center presented a greeting address followed by a greeting address by T.E.C.O. Consular Liao Dong-zhou who used English, Mandarin, Cantonese and Taiwanese wishing that all have a happen New Year. Consular Liao gratefully thanked all the parties who were involved in last year`s Taiwan Flood Disaster Relief efforts and raised over 600 thousand U.S. dollars through a charity fund drive which helped the surviving disaster-stricken victims to rebuild their homes. The efforts input by the parties well demonstrated their mutual care and unity spirit, as well as support and loyalty for Taiwan and its government. He also blessed the fate of Taiwan as a nation to be prosperous and the general public to be thriving and stable, and that everybody is healthy. Next, a committee member of the Cultural Center, Mr. Hong-Yi Dzou presented an address in which he said it`s his first time attending a ceremony of this sort since he was elected to the board of committees with the Cultural Center of T.E.C.O. He further said that he went immediately to Ling Shen Ching Tze Temple upon hearing of the flood disaster news in Taiwan, to discuss the disaster relief fund-raising plan with Grand Master and Abbot Acharya Der-huey. The result was amazingly fruitful: over 107 thousand U.S. dollars was raised within 2 hours of charity fund drive. He thus thanked everybody for the support and blessed the nation to have a prosperous fortune and that everybody is healthy.

Following the formal addresses was the prize drawing activity. After the Morako tornado and August-8th Flood Disaster raged through Taiwan, charity funds had arrived from various business sources and institutions, as well as religious organizations by various means and at different times. The government (of Taiwan) hence decided to award plaques of virtuality to the donor parties in conveying heartfelt gratitude. 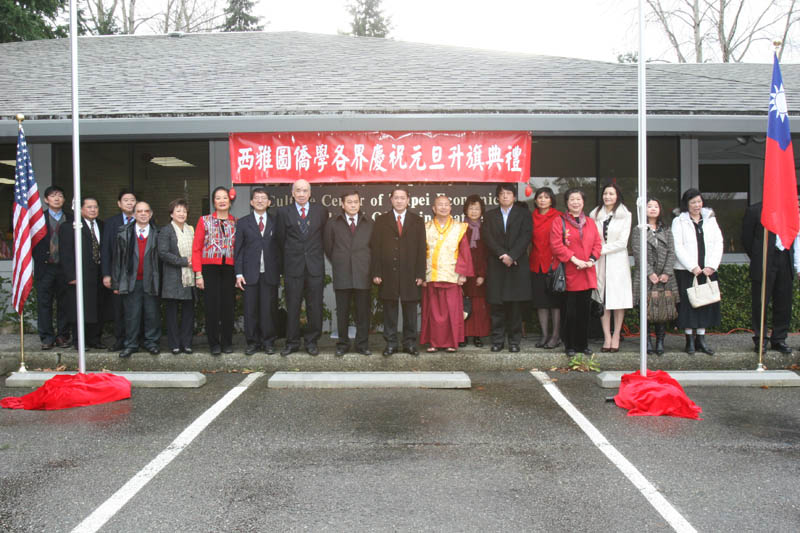 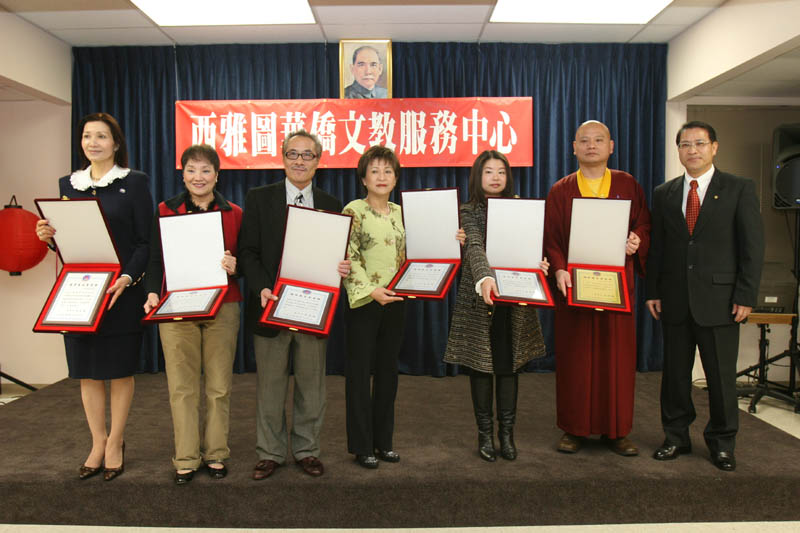