The King of Dharma of True Buddha School, His Holiness Lian-Sheng conducted a homa ceremony dedicate

Tantrayana Buddhism aspirants are generally very discreet, in that (they are aware of that) if there is no Root Lineage Guru to personally transmit and instruct sadhanas, mantras and mudras to the aspirants, then the attainment of interfusion (with the principal deity) is not possible. To this end, the Disciples of the Four Groups in the interest of establishing lineage to their recitation of Ushnishavijaya Deity mantra, had stately beseeched Grand Master Lian-Sheng to conduct The Supreme Ushnishavijaya Deity Homa Ceremony with the empowerment thereof.

About 3:00 p.m. in the afternoon on March 21st, 2010, afar had come numerous disciples from U.S.A., Canada and other parts of the world, who devoutly greeted the arrival of Grand Master on their knees. After Grand Master seated Himself in the Dharma Throne on the podium, the fluently proficient homa ritual and mantra chanting ensued. The Disciples of the Four Groups metaphorically merged themselves in the raging and up-roaring flame of the homa hearth, thereby cleansing themselves of karmic defilements.

Upon conclusion of the homa ceremony, the participating disciples devoutly joined palms to invite Grand Master, His Holiness Lian-Sheng to deliver a dharma oration.

Grand Master explained, in His dharma oration, that Ushnishavijya Deity is a combined manifestation of Avalokitesvara and Vajrapani and Ushnishavijaya Devi herself, and is endowed with various Buddha-dharmas of different attributes, such as wisdom, wrath, subjugation and compassion, and is a supreme manifestation of Tathagata with immense power.

Grand Master mentioned that there are numerous True Buddha Temples have incorporated an Ushnishavijaya pagoda (尊勝塔) into their temple premises and thereby eradicated all calamities caused by earthquake, flood, fire and wind; the pagoda also serves to endow the Fourfold Functions peculiar to Tantrayana practice (息增懷殊): Purification, Enhancement, Enthrallment and Subjugation, as well as subduing all malignant hindrances.

The meritorious virtues of Ushnishavijaya are therefore immeasurably vast and inconceivable. The great power that is born of Ushnishavijaya`s meritorious virtues can: (1) eliminate all distresses and karmas; (2) eradicate all pains and sufferings of sentient beings in evil existence; (3) impart sympathetic protection from all Boddhisattvas so that no illness and distress can hinder; (4) enable the reciter of deity`s heart mantra to penetrate all tiers of Hell and King Yama`s Realm of the Dead, and, to be emancipated from the pains and shackle of an animal-born incarnation, and thereby be reborn in the virtuous existence; (5) extend one`s life span if it`s short; (6) enable the reciter of the deity`s heart mantra to exonerate all negative karmas accumulated over many eons of life. One shall then rendezvous with all Buddhas and Boddhisattvas and gain Supreme Boddhi upon relinquishing the present incarnation and transmigrate to various subtle Pure Lands of Buddha; (7) emancipate the reciter of the Dharani pertained to Ushnishavijaya from all tiers of Hell, animal-born Netherworld, King Yama`s Realm of the Dead, pains and sufferings of hungry-ghost existence and all sorts of destruction all across the board.

Grand Master counseled the Disciples of the Four Groups to be single-minded, to cultivate diligently and to maintain the Middle Way such that the practice of visualization can expediently entail spiritual interfusion (with the Principal Deity).

The King of Dharma, Grand Master Lian-Sheng further counseled the Disciples of the Four Groups that the pronunciation of all mantras must conform to that of the Lineage Root Guru as the standard.

The King of Dharma, Grand Master Lian-Sheng also elaborated on the subject of ``Body-Appearance-Function`` 「體相用」, where ``Body`` denotes the essential body, ``Appearance`` denotes manifestation, and ``Function`` denotes functionality. Grand Master illustrated the subject matter as follows: ``For instance, the essential body of a human being is Buddha Nature and every individual has an uniquely different appearance and different occupation and skills as pertained to functionality.``

Upon conclusion of Grand Master`s dharma oration, the participating disciples, being blissful of Dharma, proceeded to receive from Grand Master Lian-Sheng the personal empowerment of Namo Ushnishavijaya Principal Deity Yoga which is extremely rare to come upon. 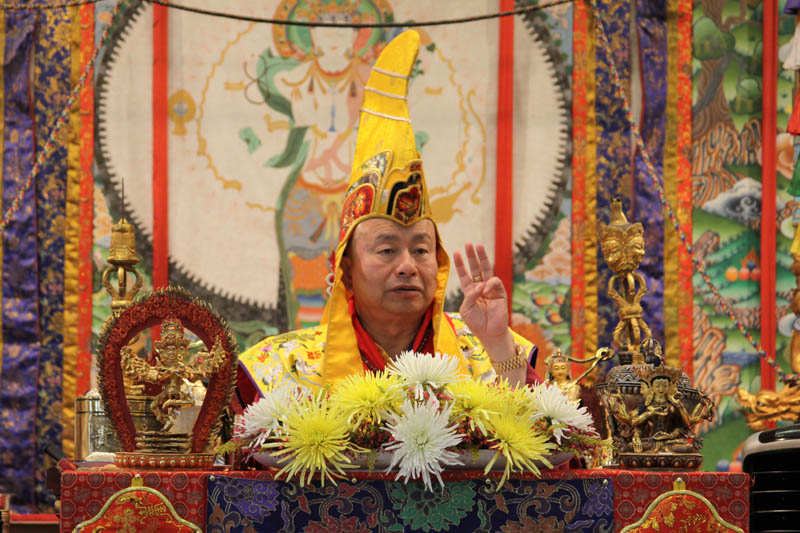 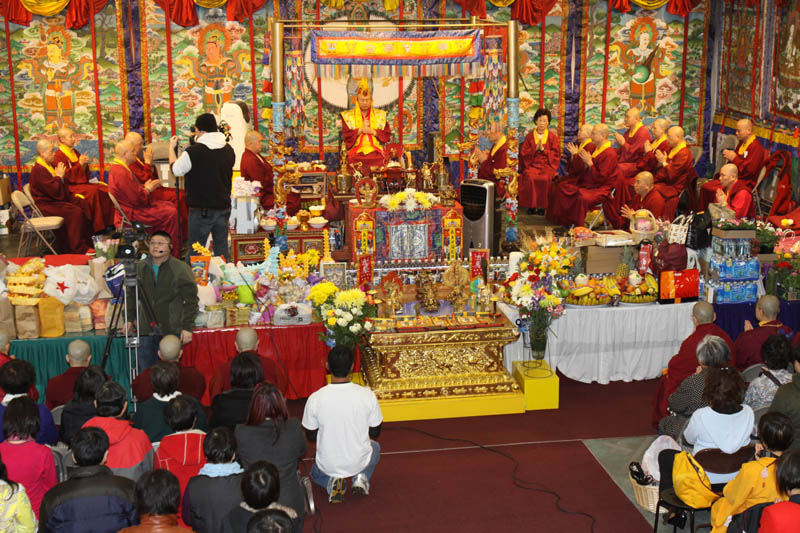 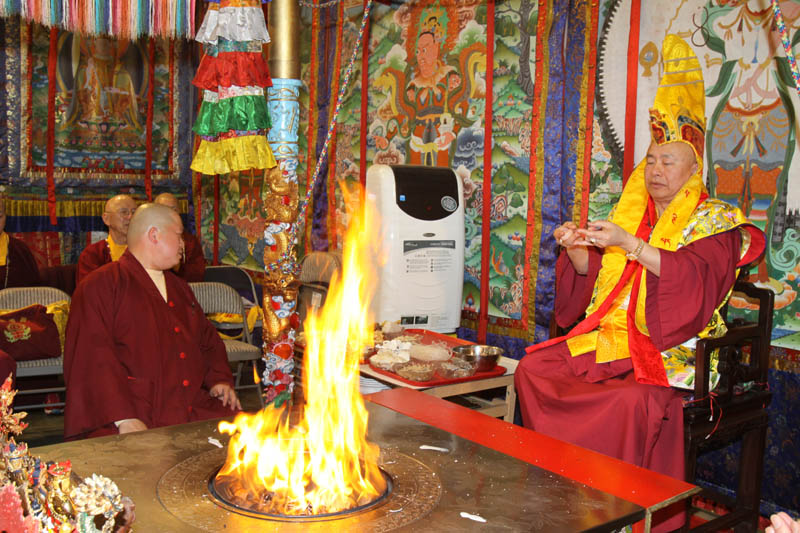