Grand Master expounded the book, 『The Altar Sutra as Spoken by the Sixth Patriarch』, and revealed to

In spite of the laryngitis that Grand Master suffered, His Holiness Lian-Sheng and Grand Madam still went on to oversee the weekend group cultivation at Ling Shen Ching Tze Temple on March 27th, 2010, in addition to the bestowal of blessings and delivery of a dharma oration and elaboration of 『The Altar Sutra as Spoken by the Sixth Patriarch』.

The group cultivation was ministered by Acharya Master Lian-Chieh featuring Padmakumara Principal Diety Yoga. Afar had come disciples from all over the world, as well as the first-timers who came to Ling Shen Ching Tze Temple on a pilgrimage.

Upon the conclusion of the group cultivation, Dharma Instructor Lian-Jin spoke of her journey with Grand Master (and His retinue members) from Seattle to the Dharma Assembly in Taiwan this February and went on to Hong Kong on her own after the Dharma Assembly. She perceived the Hong Kong civilians to be very materialistic and devote very little time to understand the significance of human existence. She also stumbled upon issues relevant to the impermanence of life and death, as well as issues relevant to her family kinfolks in Hong Kong. Lastly, she expressed her utmost gratitude towards Grand Master.

Thereupon, Acharya Master Lian-Chieh shared her experience prior to becoming a nun wherein she was cheated out of some amount of money and was consequently led to learn the difference between theory and practice in Buddhism. She asserted that one has to learn to take a firm stand in observance of Buddhist precepts in the face of all adversities, and thereby calls forth the compassionate Boddhi Mind.
She also stressed that the aspirant should not harbor malicious thought to harm others and has to learn to relinquish vengeful intent as the most expedient way to emancipation. The aspirant ought to cope every circumstance with karmic affinity and play down one`s own ego to undergo myriad practices in the Six Perfections. Upon being able to follow the teachings of Grand Master in this lifetime, the aspirant is thus endowed in this human existence with meritorious privileges and significance.

Next, the King of Dharma, Grand Master Lian-Sheng began expounding a passage from the book ``The Altar Sutra as Spoken by the Sixth Patriarch`` in common spoken language. What is known as ``transcending the mundane`` is defined as the ``right view,`` which consists in forgoing all delusional thoughts intrinsic to the mundane world. On the other hand, the so-called ``erroneous view`` equates to the mundane; to persist obstinately in all respects of secular life is defined as ``erroneous view.`` As for a practitioner of Buddhism, the duality of ``right`` and ``erroneous`` must be forsaken in order to discern the ``First Tenet`` derived from Buddha Nature.

The ``Formless Stanza`` in the book as written by the Sixth Patriarch is pertained to the Sudden School of Enlightenment; it serves as a virtual ``dharma vessel`` to navigate and deliver sentient beings offshore thither (that is, to reach the other side of the ocean of existence). There are the deluded ones who would listen to or read extensively numerous scriptures and are still not able to attain enlightenment eon upon eon of time; but once they discern the Boddhi they shall come upon the realization of Buddha Nature instantly.

This is the crux of what the Sixth Patriarch said in the chapter on ``Prajna``:

Right views are called ``transcendental``;
Erroneous views are called ``mundane,``
When all views, right and erroneous are discarded
Then the essence of Boddhi appears.
This stanza is for the ``Sudden`` School.
It is also called the ``Vessel of Dharma``
(for sailing across the ocean of existence)
Eon after eon, a man may be under delusion,
But once enlightened it takes him only a moment
to attain Buddhahood.

Grand Master also spoke in His profound dharma lecture in a humorous way as to how to apply expedient ways and means to save other people on the brink of suicide.

Despite all the toilsome undertaking, Grand Master also compassionately autographed the latest published book ``The Secret Files of Sheng-Yen Lu`` which is now numbered as 212th book published thus far, for the multitude of participating disciples waiting in line. All the participating disciples were rejoicing at the newly autographed books in hand. 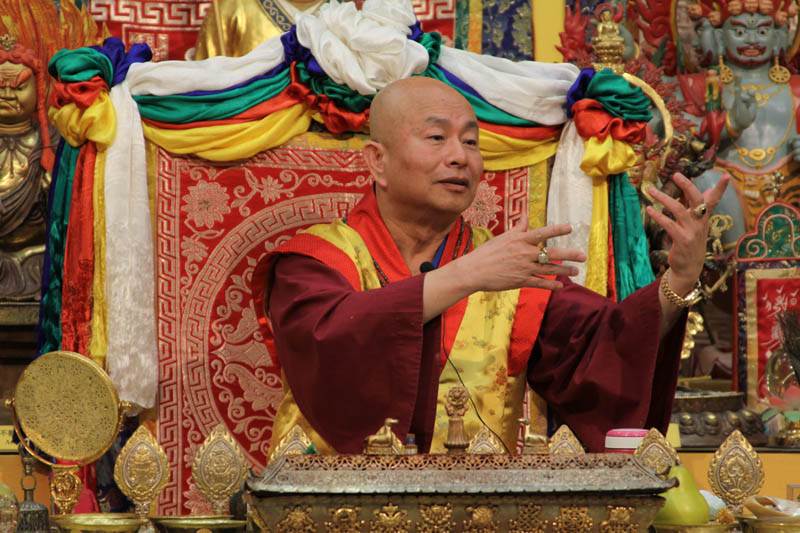 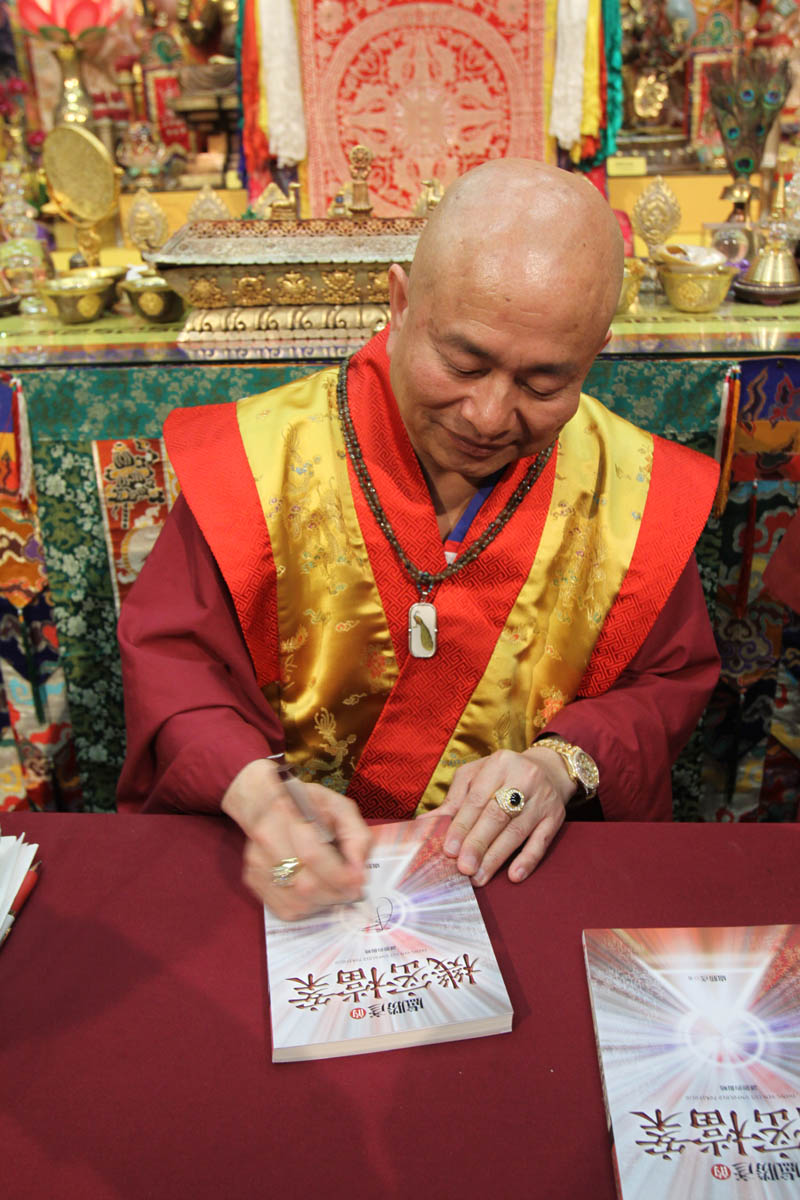 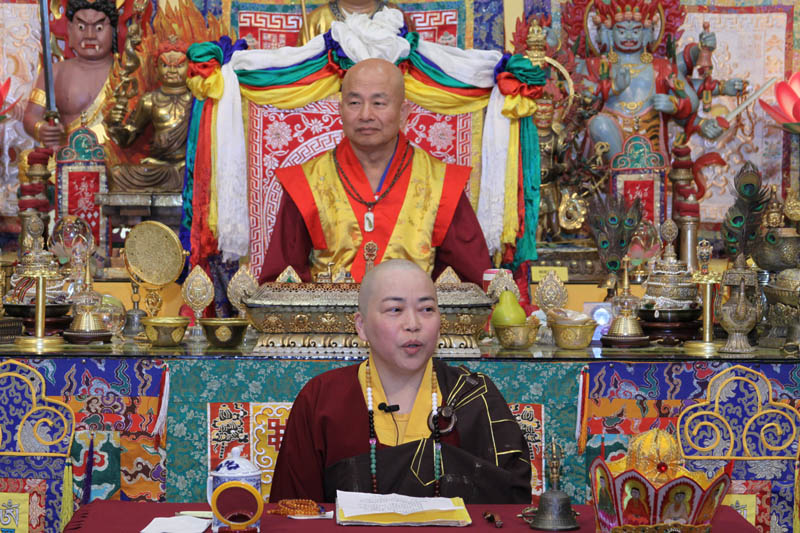