On the day of March 28th, 2010 (Sunday), despite hardship and in the light of diligent spirit of Grand Master, His Holiness Lian-Sheng had consented to conduct a homa ceremony pertained to Namo Supreme Golden Mother of Jade Pond, at the earnest requests posed by disciples of the Four Groups. Afar had come numerous disciples of the Four Groups from all over the world as well as a VIP guest, i.e., Consular Dong-Dzou Liao of TECO in Seattle (Taipei Economic & Cultural Office in Seattle), who has stately appeared to attend the homa ceremony and dharma assembly. The venue of the homa ceremony was uniquely and intensely enthusiastic.

Upon conclusion of the homa ceremony, the King of Dharma, His Holiness Lian-Sheng delivered a dharma exposition from complex to simple: on account of repetitious descent of Golden Mother of Jade Pond onto the homa hearth so as to deliver blessings, the wishes of the registered participants, present or otherwise, were satisfactorily granted.

Thereupon, Grand Master continued on with His expounding on Chapter 9 of the book, ``Bliss in Great Emptiness,`` specifically on the subject of ``Hevajra Heart Mantra`` and ``Entering the Deity into Oneself and Releasing Oneself into the Cosmic Consciousness`` (入我我入):
Grand Master explained the literal meaning of the Hevajra Heart Mantra ``Om。Dae Wa。Bi Zu。Wa Zhi La。Hum Hum Hum。Fa Za。So Ha。`` as such: `` Om, the Cosmic Consciousness; Dae Wa。Bi Zu - Hevajra。Wa Zhi La - Praising His power。Hum Hum Hum - Accomplish Accomplish Accomplish。Fa Za - Eradicating all hindrances。So Ha - Completely accomplished。``
Grand Master indicated that in the Eastern Esoteric branch of Tantrayana, the word ``Fa Za`` is equivalent in meaning to ``Peit`` in Tibetan Buddhism, which signifies eradication of all karmic hindrances and obstacles!

Grand Master earnestly encouraged the disciples of the Four Groups that ``Every (True Buddha School) aspirant is representative of True Buddha School and he/she shall effectively apply all that has been learned from True Buddha Tantra-dharmas, and magnanimously redeem sentient beings with karmic affinity. In the course of training in True Buddha Tantra-dharmas, the aspirant must learn them correctly and precisely without erring. When the aspirant goes out to propagating the Dharma, he/she ought to speak the right words and speech that must not be taken lightly, and must not cause people to misunderstand``

Thereafter, Grand Master administered the treasured Namo Supreme Golden Mother of Jade Pond empowerment on all the participants in the venue.

After the homa ceremonial dharma assembly ended, everybody gathered at the Rainbow Temple Hall either to entertain or be entertained. The performances to be presented by the disciples were jam-packed on the program list. The scene was enthusiastically bustling.

The VIP, Consular Dong-Dzou Liao of TECO performed a solo singing, whose voice roared through every recess of the Main Hall and was greeted with thunderous applause from the audience. In the finale, by coordinating between the extremes of hardness and suppleness, Grand Master performed the extraordinarily rigorous Taiji boxing form to conclude the day`s entertainment program. The devout participants who were still lingering in the spirit of rejoice pondering where in the world to find such a morally perfect sage as Grand Master, especially when His splendor is enhanced by all the anomalous and unparalleled Tantra-dharmas of True Buddha School.
Therefore, we must cherish every moment of the rendezvous we are endowed. 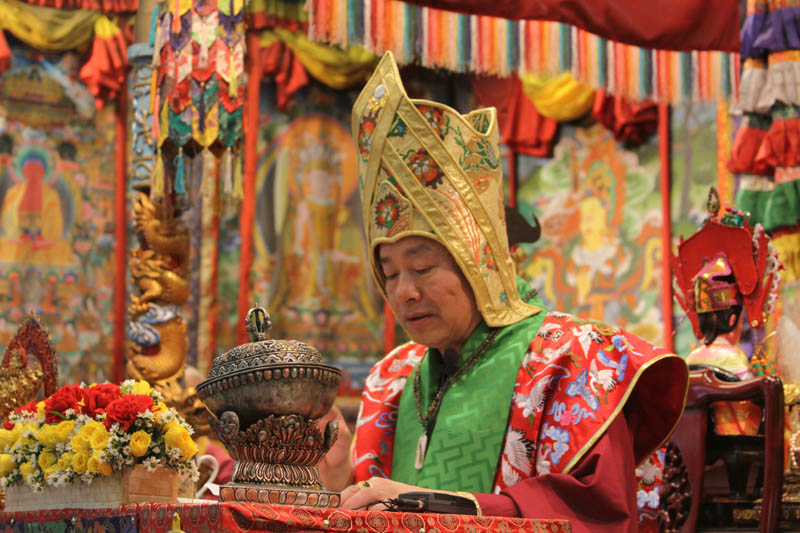 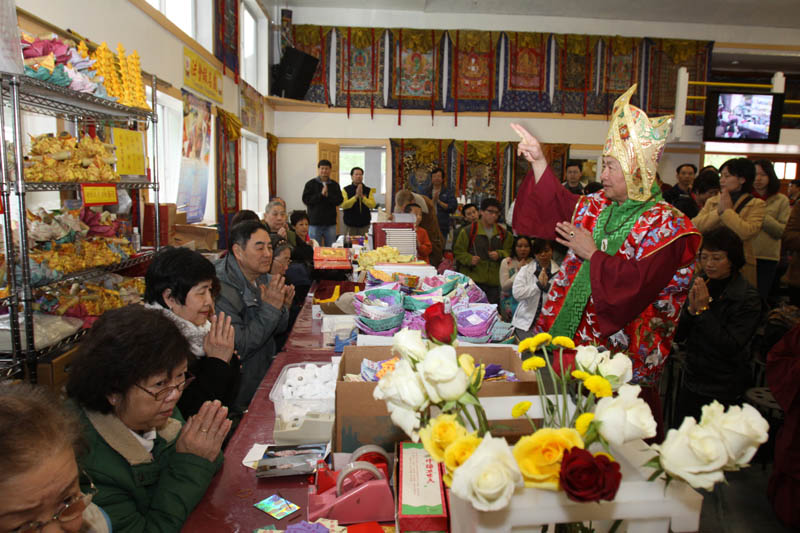 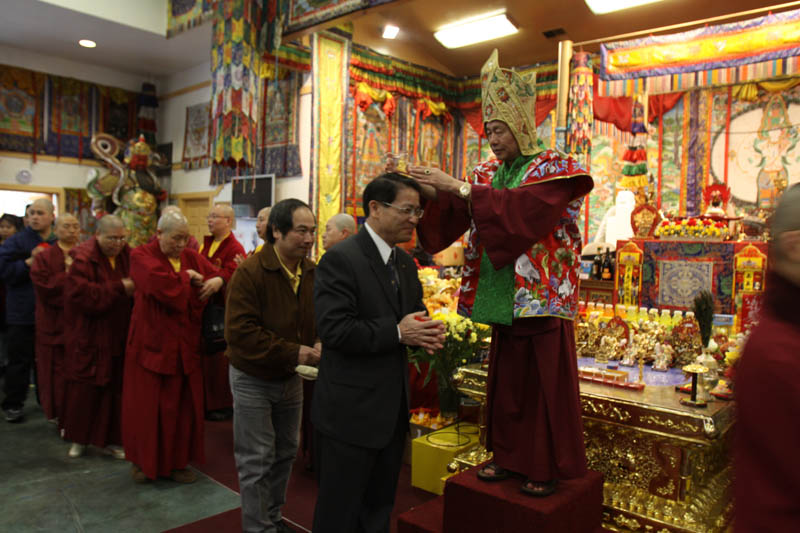