Two special guests partook of the assembly are the Consulate Officer of Taiwan, Mr. Dong-Jow Liao (廖東周) with his wife, and, the State Attorney General of Washington, Mr. Rob McKenna.

The State Attorney General asserted in his address that he surpassingly approves of the worldwide propagation efforts and actions on the part of the founder of True Buddha School, Grand Master Lu and Ling Shen Ching Tze Temple, in the cause of promoting peace, compassion, mercifulness and charity.

As for the charity and disaster relief efforts by Sheng-yen Lu Charity Foundation, over six hundred thousand U.S. dollars has been contributed worldwide to disaster stricken areas, whereby His magnanimous reputation is hence further augmented.

The following is a splendid address delivered by Washington State Attorney General Rob McKenna (translated by a female follower of True Buddha School):

``When I was a young boy, I lived in Bangkok, Thailand. Shortly after we arrived there, I began to see the Buddhist monks and the apprentices who would wear the saffron robes and would go out each day to ask for their meals. My parents explained to me that this symbolized great humility and also that it provided an opportunity for the community to provide supports. I was so impressed by these young men with their shaved heads who would go out every day, and who were spending a period of time, learning the Buddhist faith, achieving self realization as best they could, contributing to the community and helping to make the world a more peaceful and loving place. ``

``I have been a deep admirer of all who followed the Buddhist tradition ever since that experience as a young boy. Because of its faith and its dedication to the principles of compassion, of love, of peace, and of service to others. We are so fortunate to have this beautiful temple in our state, and in our entire world by Grandmaster Lu, the founder. Thank you. ``

``We are very fortunate that the foundation has been established here since fall 2008, and has given more than 600 thousand dollars in grants to local organizations and to provide relief in Haiti and in other areas of great need. And I know that money is the result of the generosity of all of you, and of the other five million disciples of the Grandmaster who are giving of themselves and contributing to the foundation in order to lessen the suffering of others. That makes me very, very proud and humble; to know that I am in the presence of such tremendous generosity and compassion. Thank you to all of you, and thank you to the Grandmaster for that. `` 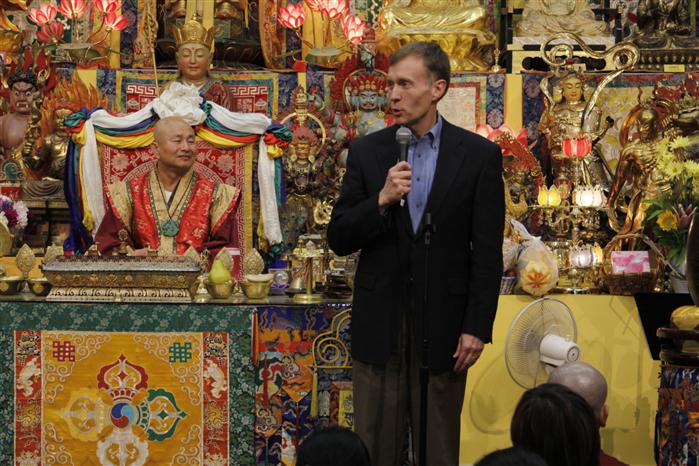 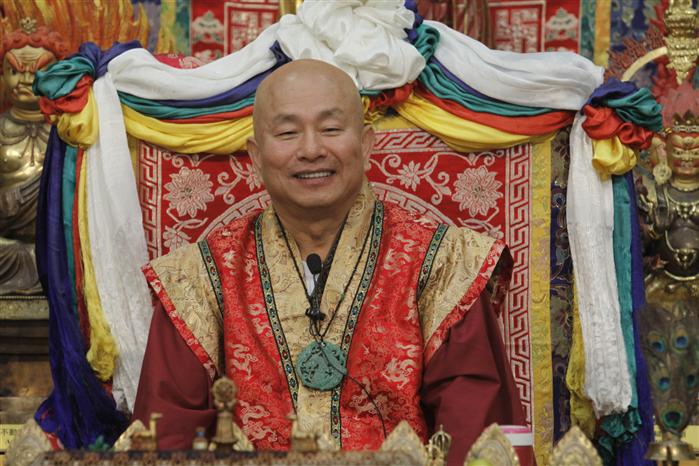