His Holiness Living Buddha Lian-Sheng, the root guru of the True Buddha School, came back to Seattle yesterday after visited his father in Taiwan and toured Cambodia and Thailand, attended the Saturday`s group cultivation at 8 o`clock on May 30. Without any sign of either jet lag or tiredness from his travel, Dharma King speedily walked toward the Seattle Ling Shen Ching Tze Temple`s main hall with a smile on his face, very energetic and high spirit. Under all disciples` earnest hopes, the populace kneeled to welcome the merciful Grand Master and gave regards in one voice. The warm harmonious atmosphere filled the main hall. The conducting master for the night was Master Lian Jei (釋蓮潔上師), leading the Amitabha Buddha Dharma. Joining masters were Master De Hui (釋蓮花德輝上師), Master Lian Ming (釋蓮鳴上師), Master Lian Ling (釋蓮寧上師), Master Lian Den (釋蓮嶝上師), and Master Lian Yin (釋蓮印上師). Many participants joined the cultivation, composed members from East Coast, Guam, Australia, and Canada, left no empty seats. The night`s cultivation was broadcasted live using both Mandarin and English through Seattle temple`s website, www.tbsseattle.org

Group practice started on time, everyone concentrated in reciting sutra and chanting mantra. Under Grand Master`s blessing, everyone showered under the Buddha lights, enjoyed the Dharma bliss.

After the group practice, Reverend Lian Chung (蓮仲法師) gave her speech on the importance of fulfilling one`s duty (play one`s role). She said if everyone can play his/her role, and do the very best to fulfill one`s duty, one will eventually succeed and become a free person.

Thereafter, Master Lian Jei (蓮潔上師) selflessly shared the three verses that she often use to remind herself: 1. All sentient beings are the root letter of hum (眾生皆吽字): All sentient beings have Buddha nature within, understanding this concept will develop the heart of equality . 2. Everything starts from its fate and ends with its fate (一切因緣生、一切因緣滅): Either rich or poor, classic or inferior, nothing is retainable at the end, life and death resolute by its fate. Most precious thing in life is to cultivate once a day to reach Bodhihood. 3. Things are pre-determined (冥冥中皆有定數): Whether in favorable or adverse circumstances, things are effected by its destiny. If one can face everything with hope and indifferent heart, then one can reach one`s peacefulness.

Following was the moment everyone was anticipating, Grand Master`s Dharma speech. Grand Master lost weight and tanned under more than 40 degree Celsius temperature during his one month trip. There were three good responses during the trip. First response was: Sun was high in the sky daily. Grand Master made a complaint to the sun, resulted with clouds covering the sun daily. Second response was: The rain god showered daily to reduce the temperature. Sympathizingly rained while everyone were on board the bus, and stopped when they were getting off the bus. Third response was: There were many pictures captured with radiating lights whenever they visited a place with Buddhas and Bodhisattvas. There were sun lights, rainbow lights, Prajna lights, etc., showing thousands light weave, magnificently interweaved with thousand brilliances.

Grand Master then continued lecture on The Platform Sutra of the Sixth Patriarch (六祖壇經). Grand Master explained, one`s beginning thought is very important. A verse: One mistake causes thousands of hatred. It is all in the instant thought at that moment. One stupid and ignorant thought, eradicate the Prajna. One thought of Amitabha leads to the pure land. A Buddhist practitioner should not just talk about emptiness, having to use the body (form), composed of four elements, to cultivate until reaching the Prajna (emptiness). Do not lean toward form, and do not lean toward emptiness. Nagarjuna (龍樹菩薩) once said: There are four Dharma in Buddhism: 1. Methods of being a human (做人的方法). 2. Ways to do merciful things (如何做善事). 3. Resolving Methods (對治法). 4. Understanding the main point; use intermediate perspective to achieve Prajna (第一義要明白；用唯識中觀證明般若為第一義). We should use no-differential heart to treat all sentient beings as Buddhas. If using differential view, then we will consider those sentient beings that are chasing after the insignificant value and acting surpasses the boundary as psychologically ill people. As long as one is attached to money, estate, fame, tangible things, or maintaining slight hatred in heart, then that person will continue the six realms of reincarnation. Cultivating is to learn detachment, empty all attachments in one`s heart, understand the true Prajna, and then conduct the knowledge to achieve awakening. Afterward, Grand Master approved Doctor Liang Yong (梁勇博士) from Brazil as the Maha Orange Padmakumara, and mentioned that he will soon take his monkhood initiation. Grand Master would like everyone to know and understand that nothing are retainable (無所得). Be responsible and play one`s role, cultivate and preach out Dharma; returning back to the Buddha pure land that radiated with Buddha lights, everyone is equal. 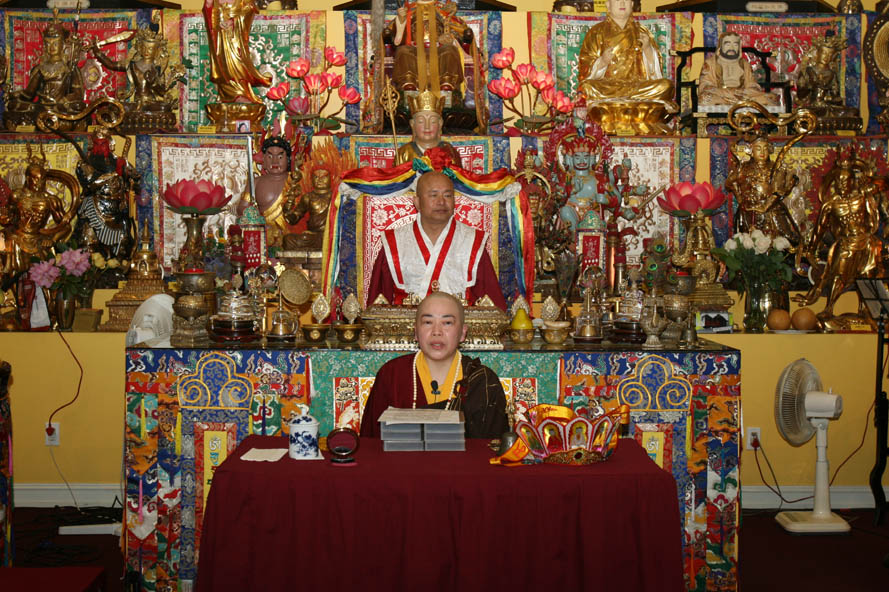 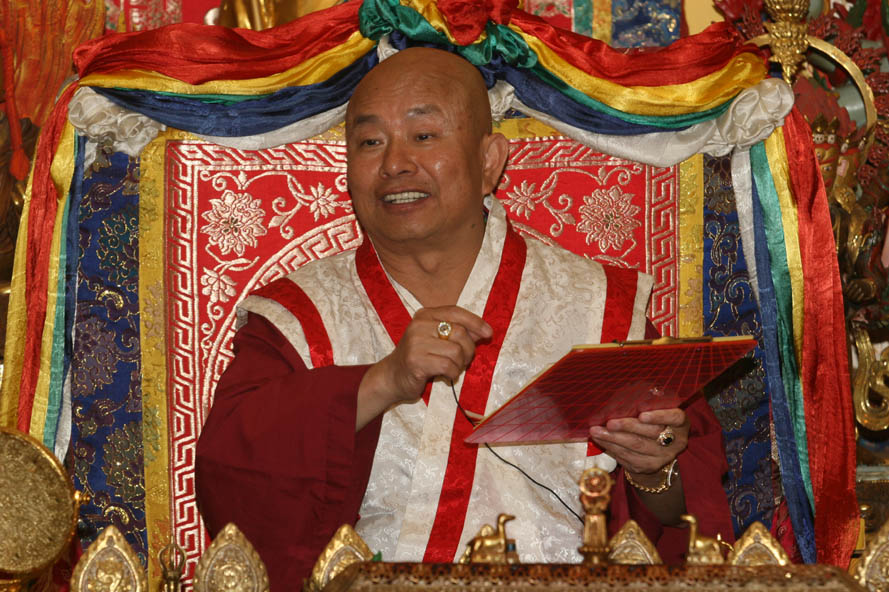 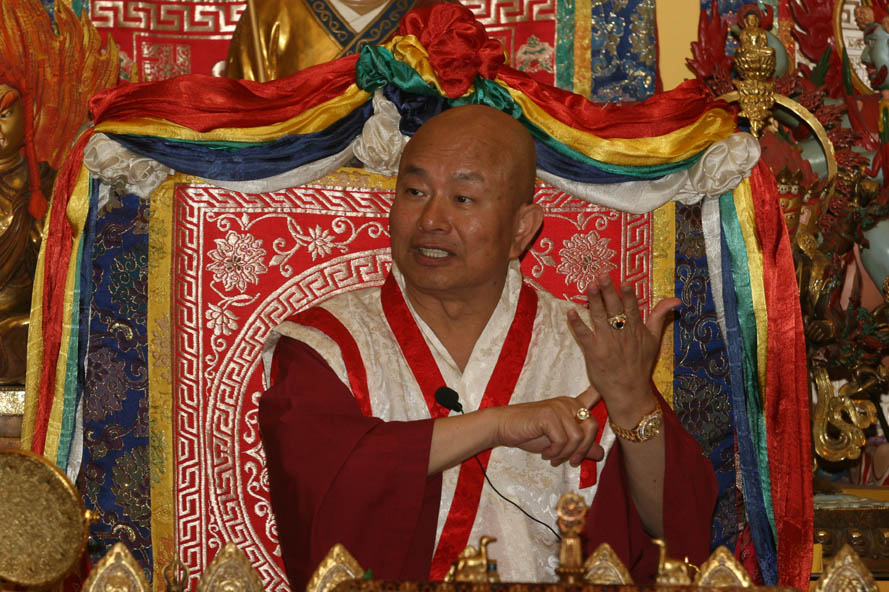