On November 7, 2022 at 8:30 pm, the 14th board of directors election was held at the main shrine of Ling Shen Ching Tze Temple, (LSCTT) in Seattle. Grandmaster, Shimu, resident Masters, Reverends, neighbor Dharma Brother Lai Muxian, and his wife Dharma Sister Yang Jufang, were respectfully invited to participate in the proceedings.

Prior to the election, Master Shi Lianqi, the current secretary of the board of directors, explained the relevant election rules and procedures. He then respectfully invited Grandmaster to say a few words. Grandmaster encouraged everyone to choose candidates who are wise and capable. The election process then officially commenced.

It is hoped that the newly elected board of directors and the permanent residents of the founding temple will work together to shoulder the Tathagata’s undertakings, awaken self and others, benefit self and others, seek Buddhism from above, transform all living beings from below, and broadly save sentient beings.

Finally, following a group photo of the newly elected board members and the attendees, the proceedings were auspiciously and perfectly concluded. 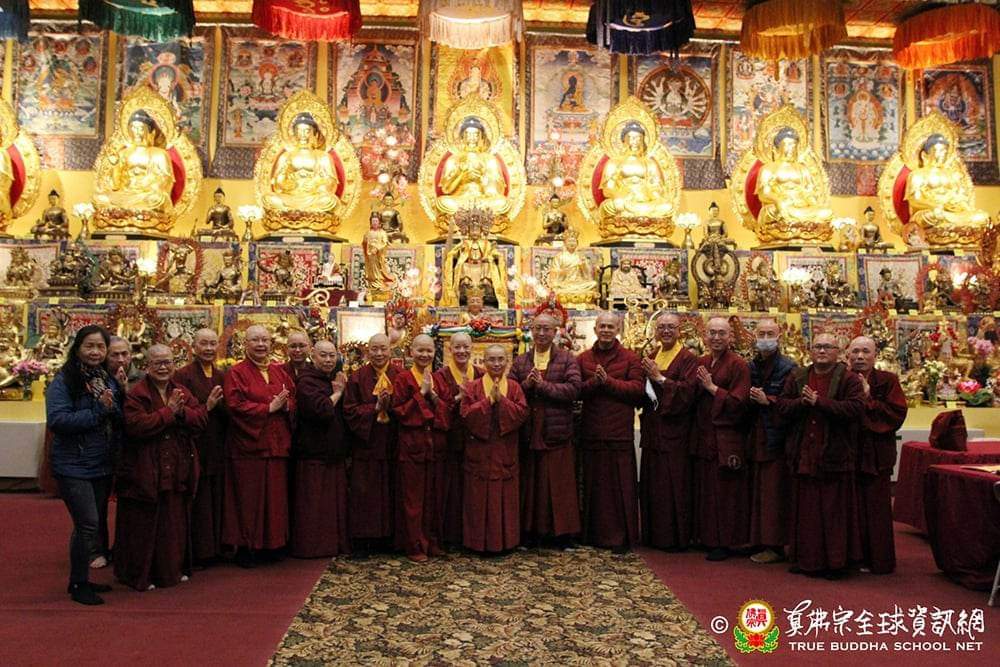