Phoenix Rising from the Ashes

There are two poems:
A lotus emerging from fire by one recitation of Amitabha
The five schools and others cannot interpret it
Constant chanting prevents demons coming near
Uninterrupted mindfulness resulting in buddha’s appearance

Also:
Peace of mind in the middle of the night
Strong faith from the beginning
Eyes open and shining, the world is wide
Peace and tranquility right up to this day

These two poems refer to the same thing. There was a female True Buddha practitioner who recited the True Buddha Sutra every night for decades on end and without any doubts.

Once, in the middle of the night, she dreamed that Grandmaster asked her to pack up her valuables such as money, clothes, and other belongings, because the god of fire would be descending on the area in about three days. She believed Grandmaster and took his advice. She also asked her family to temporarily move in with relatives and friends within three days.

The family scolded her, "Key Shou!" (Taiwanese, meaning you are insane)
She kindly told her neighbors, who also scolded her, "Superstitious!" But her family, although scolding her, still followed her advice. After all, it was only three days. If nothing happened, they could just come back again.

It just so happened that three days later, the neighborhood indeed caught fire. An entire row of houses burned down one after another. The family no longer scolded her "Key Shou," and the neighbors no longer claimed she was superstitious. In fact, they felt that the True Buddha Sutra was effective.

Later, on another occasion, Grandmaster was in her dream again and told her: "There will be another fire disaster, but you don't need to move, it will only burn next door."

She told her neighbors: "There will be a fire, so we must get prepared." This time the neighbors believed her.

Sure enough, there was another fire. Electrical wiring went up in flames, and several houses burned down. Although the fire was right next door, it was extinguished in time and she didn't lose anything. The neighbors had believed her premonition and were prepared, so they didn't lose much. 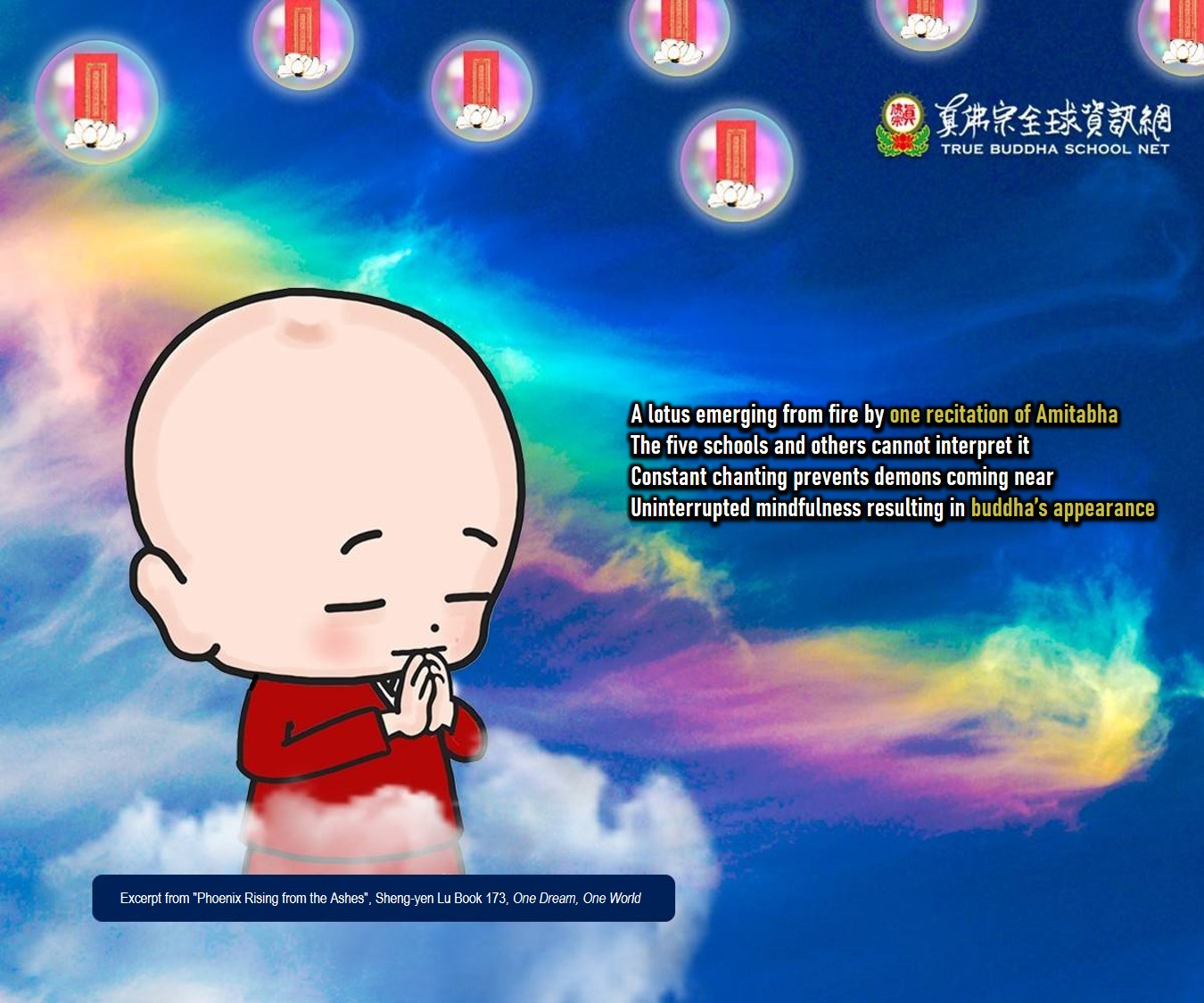