A True Buddha School disciple (the elder brother of a survivor) wrote the following:

Yet another great deliverance by a true Buddha.
I thank you Guru Buddha for my salvation...
The compassion of Guru Buddha should be revealed to the whole world...to be able to take refuge in such an incredible master in this life is truly my greatest blessing!!!!

Time: April 2, 2021, around 9:28 AM
Location: Near Hualien Qingshui Tunnel
Incident: Taiwan Railways Taroko Express No. 408 struck a construction vehicle and crashed into the mountain side. This collision resulted in 51 deaths. More than 200 people were injured.

In Taiwan, news of the Taroko Express No. 408 train accident has been broadcast daily and even hourly for the last week.

Your disciple, Lianhua Junhua, lives in Taipei, Taiwan.
My sister, Xu Weizhen, along with two friends, boarded Taroko Express Train No. 408 during the public holiday to visit eastern Taiwan for a fun-filled vacation.

Prior to her vacation, I had asked my sister several times if she wanted to accompany me to southern Taiwan for tomb sweeping during the Qingming Festival. My sister replied that she had already agreed to go to Hualien during the holidays with her friends, and since the tickets had already been purchased, she would not be able to go to southern Taiwan with me. Consequently, she boarded Taroko Express No. 408…

According to news reports, Carriages 5, 6, 7, and 8 of Taroko Express Train No. 408 suffered the most damage from the collision. As it happened, my sister and her two friends were riding in the 7th carriage. Fortunately, she had with her a Mahabala amulet that had been blessed by Guru Buddha on the first day of the Lunar New Year in 2019. The amulet protected her and her friends and enabled them to emerge unscathed from the disaster.

Thank you Guru Buddha for your deliverance.
Thank you buddhas and bodhisattvas for your compassion and support.
Thank you Dharma protectors for your protection.

Actually, as my sister had only received blessing empowerments to establish affinity with the root guru, our family is very fortunate to have been saved and protected by Guru Buddha, buddhas and bodhisattvas...

Guru Buddha will not abandon any sentient being
and has vowed to save all sentient beings without exception even if his body and bones are smashed to pieces.
Where can one find such a guru?

A prayer to Guru Buddha:
Please continue to stay in the Saha world and turn the Dharma wheel.
We disciples cannot bear to be without you.
Nor can sentient beings
For the sake of all beings,
Please stay.
Please continue to teach us.
I will fulfill my duties as a disciple and practice diligently.

Disciple Lotus Junhua, prostrates in homage with palms together
------

My first contact with Esoteric Buddhism (True Buddha School) came about because of a stray dog I found that later got sick and passed away. My brother and I wanted to help the dog depart this world in peace, so we took its ashes to Taiwan Lei Tsang Temple. While we were there, my brother mentioned that he had received an empowerment blessing from the root guru. I didn't really understand what he was talking about, but because of this trip to Lei Tsang Temple, I began to seriously study the High King Avalokitesvara Sutra. Later, when I encountered a problem or on the spur of the moment, I would recite this sutra.

I really enjoy traveling. At first, when going abroad, I would ask my brother to protect the safety of my friends and I. Usually, he would ask me to take unfamiliar amulets and small scripture booklets with me on my trips. After that, I always brought these items with me when I travelled, and would place them on the nightstand or near my pillow in my hotel room. Somehow, this always kept my mind peaceful.

On this particular trip, I happened to be in the seventh carriage of Taroko Express Train No. 408. What happened to the train in the tunnel was like something from a movie, but somehow my friends and I managed to escape. Considering the damage to the train, I felt lucky to have only suffered minor cuts and scrapes. My brother called me at the hospital. I couldn't help breaking down in tears. I asked him to pray and dedicate the merit to the casualties and injuries of the accident. I believe I was protected all along. 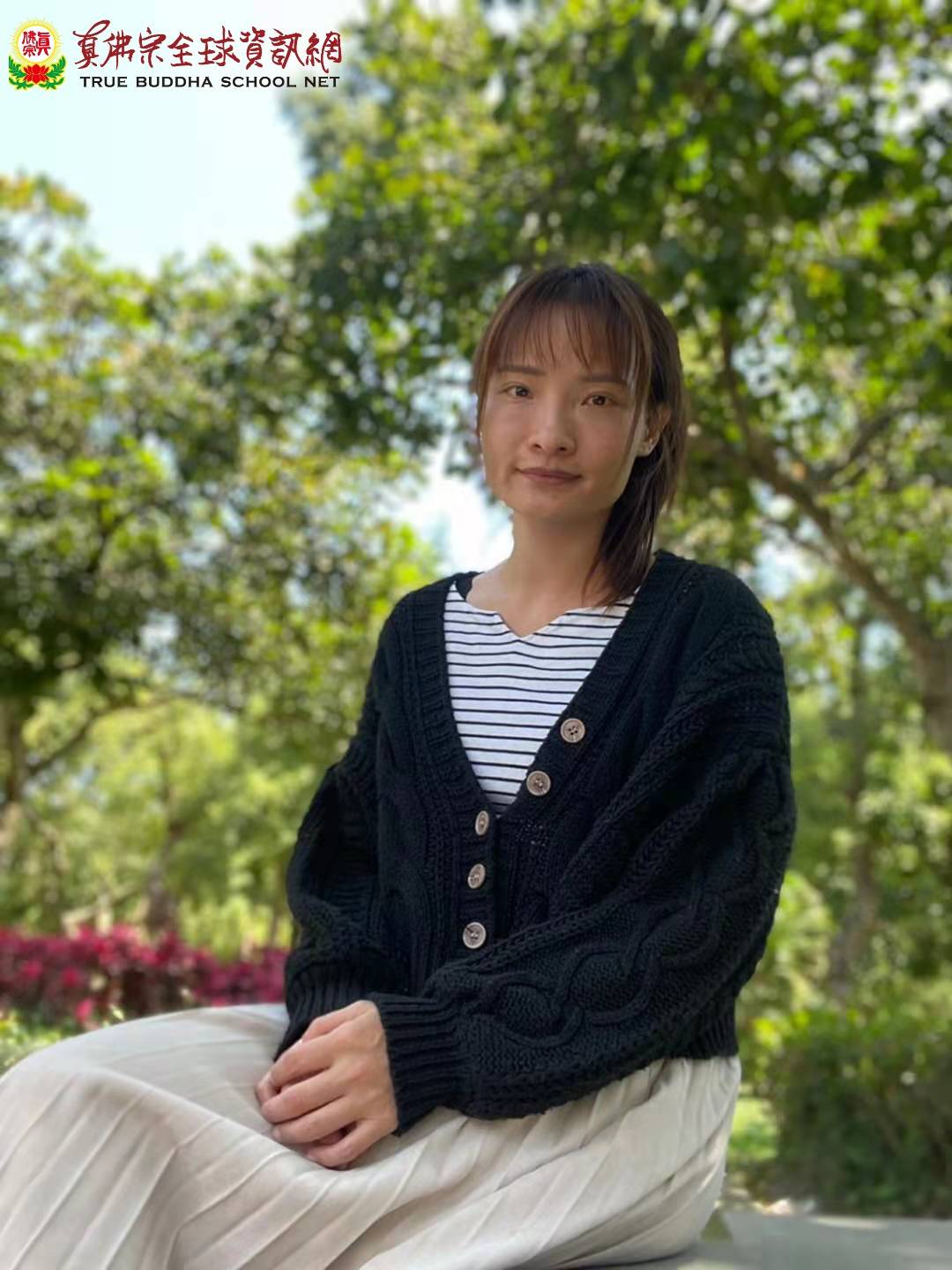