~ After covering the three lights (Buddha light, spiritual light, and white light), I transformed myself into an ordinary spirit. Through astral travel, I arrived at the camp of the XX House. After entering the Ghost Headquarters, I was shocked to discover that it was actually an ''adjacent hell.'' ~

~ At the ghost mountain, there were golden scorpions, silver scorpions, iron dogs, copper snakes and all kinds of grotesque biting beasts. The ghosts ate the feces and urine left behind by animals as
Food. I asked them, ''Why have you fallen into this adjacent hell?'' The ghosts replied, ''We are helpless! After Ghost-keeper Woman performed bardo deliverance for us, we then entered the adjacent hell in XX House.'' ~

~ Sarasvati appeared and she handed me two ''magic pens''. I shot the two magic pens out and they hit Nakamura's two eyes. With a scream, Nakamura's entire body broke into tiny pieces.
Next it was Watanabe. Watanabe also transformed first into Ghost-keeper Woman, then again into a poisonous dragon.The poisonous dragon opened his mouth to shoot out poisonous flames. The wind of flames rolled over to me. I was forced outside the boundary of demarcation. Without the protection, I was about to be burnt up by the poisonous flames. At this moment, I formed another mudra and chanted another mantra. The eight great naga-kings appeared. Using the ''Tianyi divine water'', the naga-kings put out the poisonous fire. Watanabe turned into a tiny snake and was taken away by the eight naga-kings. All at once I annihilated three ghost leaders. ~

~ On the third day, I again stood before the shrine without prostrating.
Once more disciples asked me, ''Why are you not prostrating, Grandmaster?''
I replied with a sigh, ''With the whole shrine occupied by ghosts, how can I prostrate?'' ~

~ Upon entering the temple's main shrine, she was completely taken aback. ''Goodness!'' she exclaimed, ''There are ghosts everywhere!''
Every deity enshrined on the altar had ghosts attached to them.
Shigu Qiandai inquired,
''Was this altar consecrated by Grandmaster Lu?''
An onlooker standing nearby answered, ''No, it was consecrated by XX.'' ~

~ On learning of Hsu Ruiguang's death, XX performed bardo deliverance for her and announced ''Hsu Ruiguang is now a buddha named the Great Wisdom Buddha.'' Reverend Lianxu heard about
this and then passed the announcement to everyone in Seattle Ling Shen Ching Tze Temple: ''Hsu Ruiguang is now a buddha by the name of the Great Wisdom Buddha.''
I asked the spirit of Hsu Ruiguang, ''Are you a buddha?''
Hsu Ruiguang smiled bitterly and replied, ''Grandmaster, you know the reality. Can a female suicide ghost ever become a buddha? What an enormous lie by XX!''

It occurred to me that even though the Buddha's mother, Queen Maya, was in Trayastrimsa heaven, the Buddha was still unable to guide her to Buddhahood. If XX has this power, then should I just
kill myself and let XX perform deliverance on me? Then she could announce to everyone ''Grandmaster Lu has become a buddha by the name of the Great Foolish Buddha!'' ~

~ Someone once asked me if there was anything we could do about the notorious XX House, which is full of aggressive and evil ghosts.
I said,
''As long as one's thoughts are righteous, one does not have to fear ghosts and demons.''
They asked further,
''What are righteous thoughts?''
I replied, ''
Being indifferent to fame and fortune.
Cutting off sexual desire.
Not being greedy for money.
Not being gluttonous.
Being free of delusions.
Not being jealous.
…
''So, what can we do?''
I replied,
''In Vajrayana, one must cultivate protection practices.'' In other words, one must establish protective boundaries.
They asked,
''And how do we cultivate this?''
I replied,
''The Armor Protection Practice…
The Four-layered Boundary Protection Practice…
The Guanyin Body Shrine Dharma…'' ~
********************

This book discusses:
What is the only path to liberation?
How did the Buddha reply to someone who asked ''For what purpose are we alive?''
Under what conditions does the ''real treasure'' will reveal itself?
What is considered to be the absolute and the most important?
What must one have prior to sitting in meditation?
What is the connotation behind Samadhi?
Tactile sensations arising during meditation
What is ''true meditation''?
Is ''empty mind'' meditation the correct meditation?
Pre-meditation preparation
Ten types of mindfulness that aid in meditation
The experience of enlightenment arising from samadhi
Can one be possessed by demons during meditation?
And more…


Books will be available for purchase on-site during the two-day ceremony weekend of 8/24/19 - 8/25/19. On the morning of Sun. 8/25, Living Buddha Lian-sheng Sheng-yen Lu will be available at Rainbow Temple to autograph Book 252 for readers. Come join this once yearly event and have a lot of fun.

Interested readers who are unable to attend the 8/24-25 ceremonies may contact the following Dadens:
Readers in Malaysia may order books through Malaysia Daden.
Readers in Singapore may order books through Singapore Daden.
Readers in Indonesia may order books through Indonesia Daden.
All other readers may contact US Daden by email, us.daden.culture@gmail.com, for book purchases
After the fall ceremony, these three must-read books will be available for purchase on Amazon. Just search Sheng-yen Lu on Amazon and all Grand Master's books will appear. However, due to shipping costs and availability, ordering from US Daden by email, us.daden.culture@gmail.com, may be a better option than Amazon for overseas purchasers other than the three areas listed above.

Disciples who are interested in joining the True Buddha Translation Team - English, please contact the team by email, tbtts.article@gmail.com. 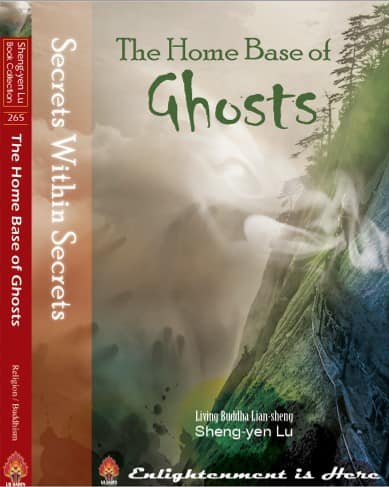 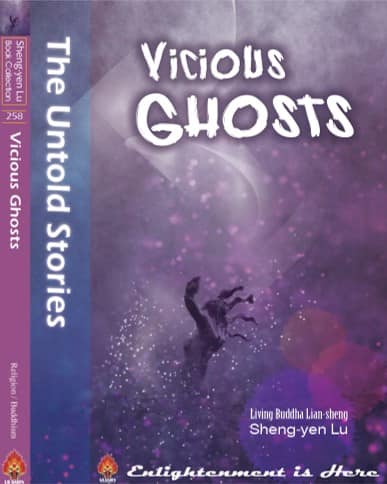 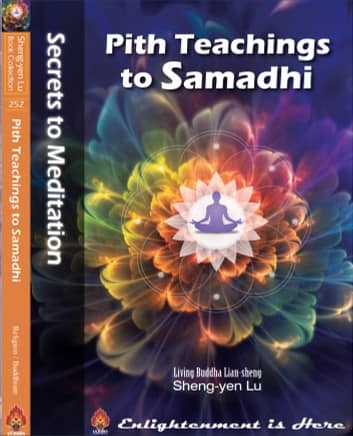