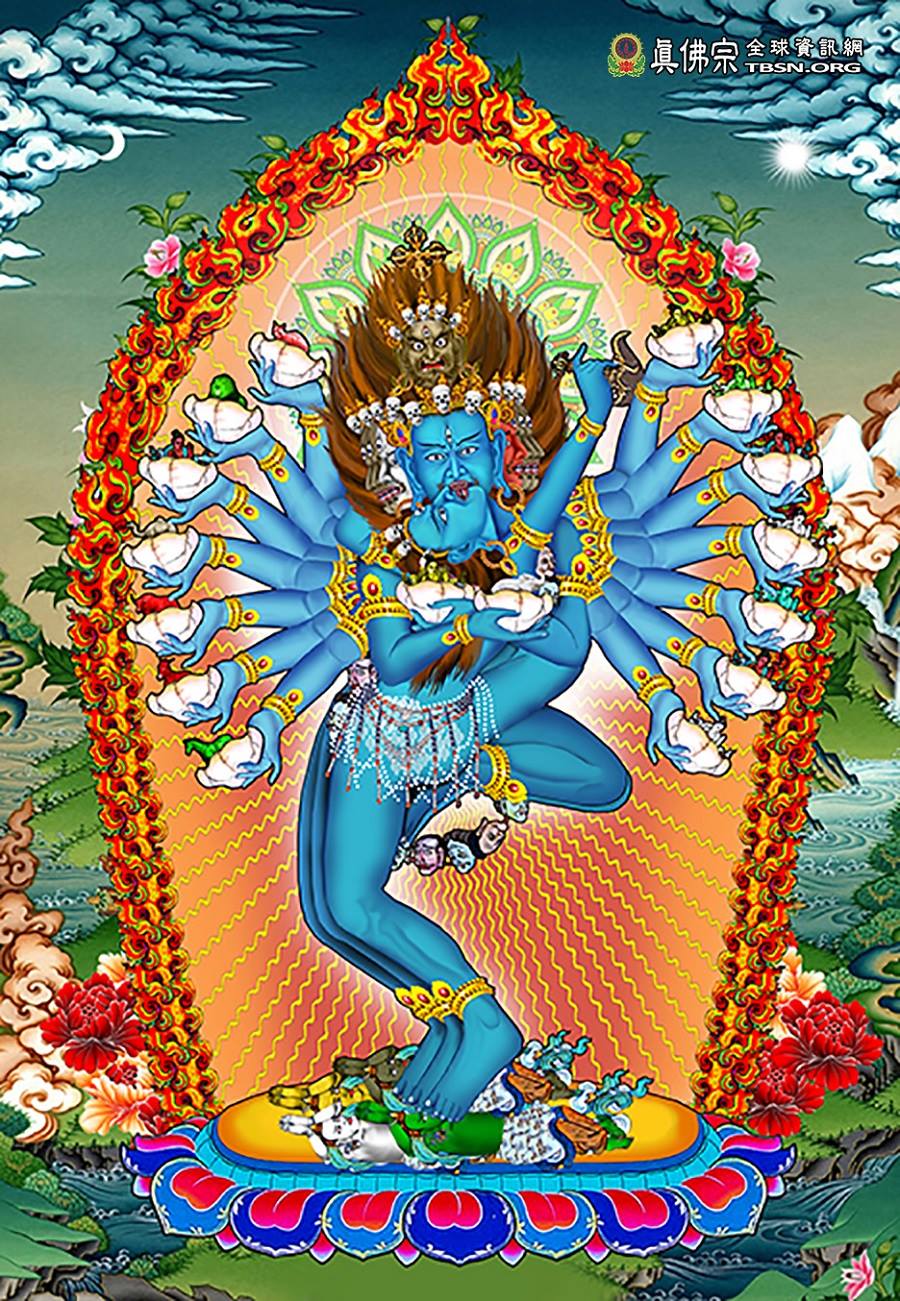 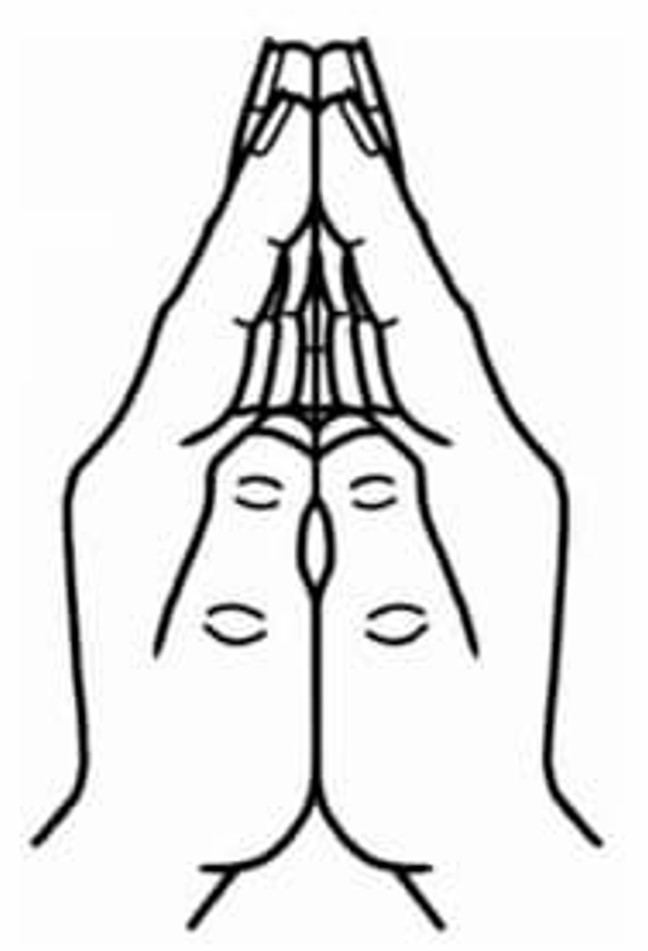 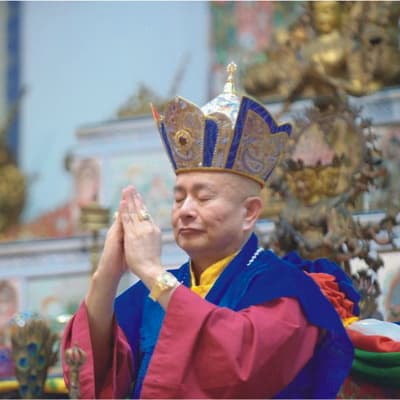 Bend each thumb to place under the ring finger and put both palms together.

The blue Hevajra has eight faces, sixteen arms, four legs, and looks wrathful. With each of his four legs stepping on a mara, and each hand of the sixteens arms holding a dharma implement, he is embraced with his consort Nairatmya.
His three round red eyes are widely opened with his blond hair intertwined up. He wears a head ring, earrings, necklaces, bracelets, and belts, with great wisdom flames emitting all around his body.
The dharma implements that Hevajra holds in his sixteen hands are: a white elephant, a yellow-earth deva, a cyan horse, a white-water god, a red donkey, a red-fire god, a red cow, a cyan-wind god, a grey camel, a white-moon deva, a red human, a red-sun deva, a cyan lion, a cyan yama king, a red cat, and a Yellow Jambhala.

The implements symbolize: 【Living Buddha Lian-sheng Sheng-yen Lu Dharma Talk - Hevajra extraordinary Background】
Hevajra, also referred to as Blissful Vajra, is the earliest appearing Vajra protector [Heruka] who represents wisdom and belongs to motherly side of Herukas.
Hevajra owns earth, water, fire, wind, the Sun God, the Moon God, the Death God, and Fortune Gods. They are all under his control.

His image symbolizes:One who has achieved yogic union with Hevajra can trample on four maras, control heavens, earth, the sun, and the moon, and has also attained eight self-masteries.

The subdued four maras are: The eight forms of self-masteries are:One who achieves the attainment of Hevajra body mandala earns great dharma merits and two accomplishments. The two accomplishments are:The practice can allow one to accomplish an indestructible body which is unbreakable by evil practices. One will not be afraid of any black magic or evil spells.

Living Buddha Lian-sheng Sheng-yen Lu was the first Chinese dharma king who transmitted Hevajra sadhana in history! His Hevajra discourse is based on following:
!!Please be aware that before engaging in any True Buddha Vajrayana practices, one must first take refuge and receive the respective empowerment.!!