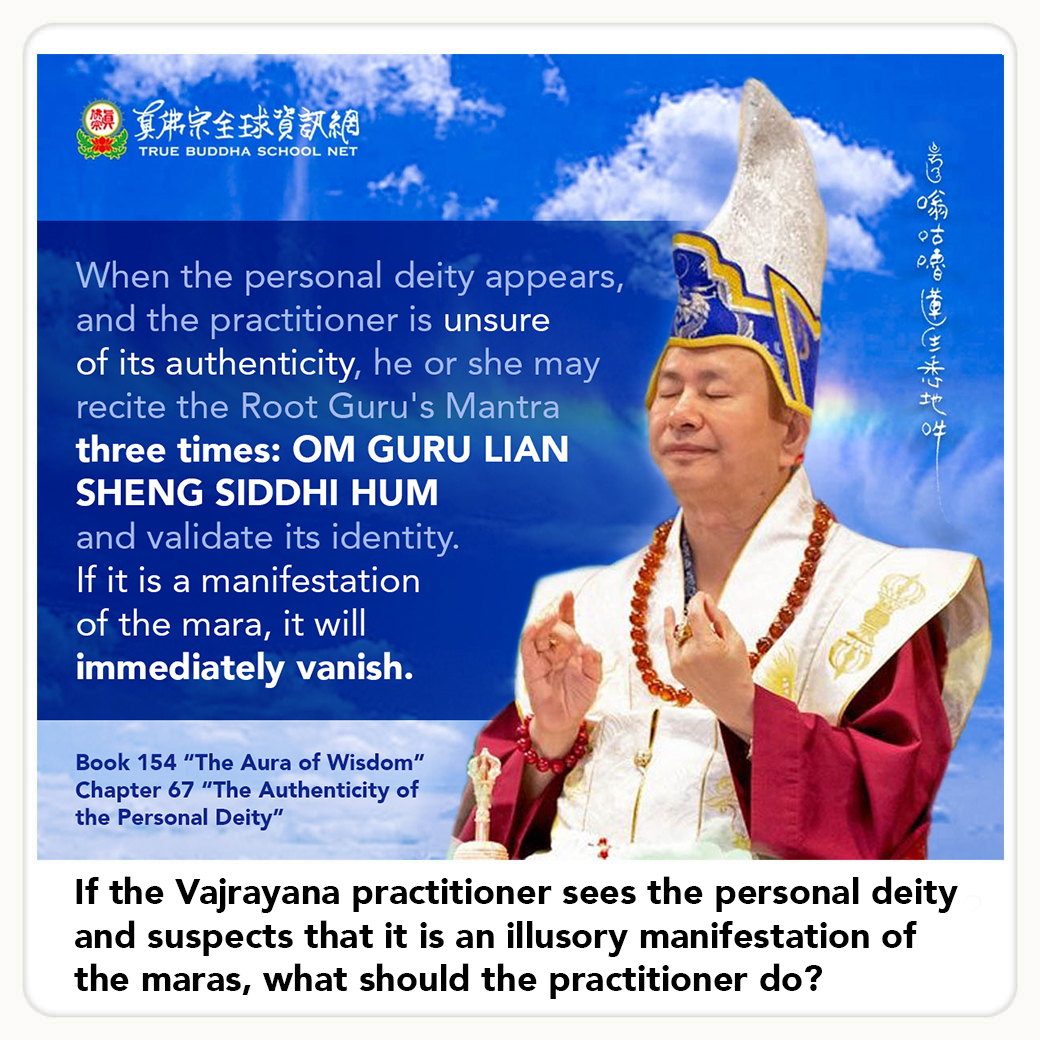 Those who follow Zen Buddhism often have the notion that during meditation, if you see the Buddha or any patriarch approaching, you should regard it as the presence of an evil being or simply an illusion, which must be dismissed as falsehood. Thus, there is the saying "When you meet the Buddha, kill him. When you meet the mara, kill him."

Zen Buddhism regards the Vajrayana approach to establishing mandalas, forming mudras and chanting mantras as attachment to form. Zen Buddhism views itself as the formless Dharma gate, and upon seeing a cultivator of mantra, the Zen practitioner often slanders the Vajrayana cultivator as Zen does not see mantra recitation as proper cultivation.

Yet, this is what I have to say. In the endless Dharma Realms, there already exist infinite Dharma gates, and the formless gate is but one of the countless gates. The Dharma gate of Amitabha Buddha's Western Pure Land of Ultimate Bliss is one, and Maitreya Bodhisattva's tower shall be the Dharma gate of the future. In the view of Vajrayana Buddhism, every Buddha who attains buddhahood and delivers sentient beings accomplishes this through the practice of mantra. This is the gate of "revealing truth through respective manifestations of activities" as described in the "Ten Mysterious Gates" [of the Huayan School of Buddhism].

Therefore, in the view of Vajrayana Buddhism, if you see the personal deity appearing in your meditation, dream, or in the waking hours, and the personal deity radiates light towards you, touches your head, gives precious objects, or offers medicinal pills, these are signs of enhancement of your blessings and wisdom. Thus, you should not have doubts, for these are auspicious signs. We are here to teach you not to be attached to what you see, and to refrain from developing thoughts of taking and rejecting, as we need to view these spiritual occurrences as means of encouragement. In this way, the practitioner avoids being drawn into the mara realms due to attachment.

If it is a manifestation of the mara, it will immediately vanish. If it is an authentic personal deity, it shall appear even clearer than before. Another way is to empty yourself of the attachment to the self, and at this point, the mara's manifested deity should vanish as well.

To read more articles from Book 154 “The Aura of Wisdom”, please visit

English translations published by US Daden Culture are available in print from www.amazon.com.

Note: Please be aware that before engaging in any True Buddha Vajrayana practices, one must first take refuge and receive the respective empowerment.
Date posted on ch.tbsn.org 2020.12.26