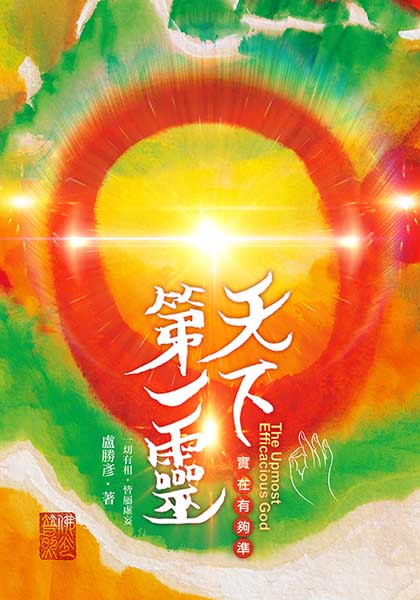 
Preface
About 50 years ago, at the Jade Emperor Palace in Taichung, Taiwan, the Golden Mother of the Jade Pond opened my divine eyes and ears. After this I became psychic.

One day, while I was on a train with a young man seated beside me. I suddenly had the odd thought to test my supernatural ability since I was very curious about its accuracy.

I closed my eyes to focus my mind. This young stranger beside me was the object of my experiment. On completing the experiment, I took out a pen and piece of paper to jot down the following few lines:

Feeling that this was enough information, I turned my head and handed the note politely to the young man.

The young stranger was stunned after reading the note. He looked at me with amazement and asked, “Who are you? How do you know me?"
I responded to him by asking back, "Is it correct? This was my clairvoyant reading about you.”
He replied, “It was exactly correct!”

I told him that I was psychic and was experimenting with my paranormal ability. This stranger was not angry at all. He validated that his family name indeed was Hong, and he was indeed the third child and graduated from NCCU.

He then became even more curious than myself and asked, “Do you see anything special in my house?”
I closed my eyes and concentrated; I replied, “You raise a parrot at home.”
He jumped up from the seat and asked again, “What else?”
I answered, “You have a shrine at home and the center deity is Fazhugong [Taoist Li Hong].” He was by now totally awestruck. He told me that, although he did not believe in gods, his wife did. She was the one worshipping those deities.

Our conversation had changed his mind about deities! He was incredulous about what just happened. He said to himself, “How can it be? Two strangers who did not know each other before happened to sit together in the train. Yet, Sheng-yen Lu, the neighbor assigned randomly to me by a train ticket, is able to know so many things about me. How could this be possible?”

He then said, “I will pay you a visit whenever I encounter difficulties in the future.”
I replied, “It is my supreme deity, the Jade Pond Golden Mother, who is behind my abilities. She is the one who empowers me to be supernaturally accurate, extremely accurate!”

Bingo!
Hooray!
Victory!
In my life, the Jade Pond Golden Mother is the deity who I revere the most. She is the utmost efficacious divine, the most effective at divination!!