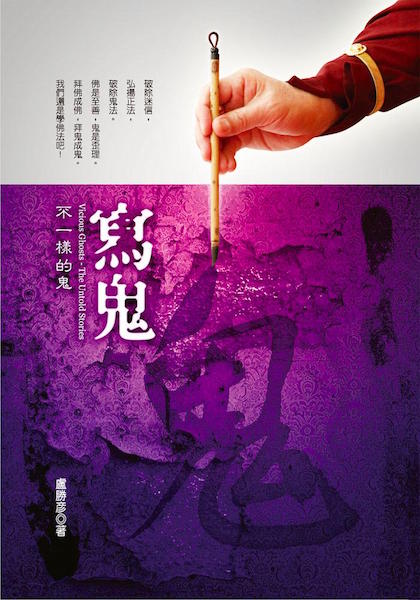 Note: The full English translation of book 258 published by US Daden Culture is now available on www.tbboyeh.com, do visit the link above and log in or sign up for an account to continue reading.


Chapter 19: The 2nd Question from Three Board Directors

The 2nd question:
''XX says she will give up some years of her lifespan to Grandmaster. Is this true?''
Grandmaster's reply is the following:
I truly don't know.
I can honestly tell this to everyone:
I began my retreat in 2000. Before the retreat, XX Chapter looked normal when I interacted with them. Since the retreat from 2000 to 2006 and all the way up to 2016 now, I have had virtually zero interaction with them.
XX had never paid homage to Grandmaster.
XX had never made any offerings to Grandmaster.
Within the 16 years, I had never blessed XX.
Neither had XX ever requested any blessings [from me].
She did attend my ceremonies. However, she disappeared immediately after the ceremonies. During the 16 years, she never sat down and simply conversed with me. This master was always in and out in a hurry. I did not bother to worry about her.
I did not know what she had been up to at all.
On one occasion, Dharma Sister Xu Yaqi accompanied Zhou Huifang, an attorney,to see her. She told Zhou Huifang that, ''It would be better for Grandmaster to stay in retreat forever!'' Master LJ also made the same statement, ''It is best that Grandmaster not come out from the retreat. Even if he does come out, it will be useless. We can do it all alone.'' These two masters were in harmony.
In addition, XX went to Xu Jiaxin's Zunping Chapter to preside over a ceremony about ten years ago. She said to the Xu Jiaxin, the chapter's chairperson, ''What I regretted the most was having taken refuge in Grandmaster Sheng-yen Lu.''
''Why?''
''I already had supernatural abilities before taking refuge!'' What she meant was that she already had the ability to take a living soul to the nether world on a spiritual journey.
Dharma Sister Lianhua Chunfei, who was once XX's attendant, was sitting next to XX on a plane. From the take-off all the way to the landing, XX talked about Grandmaster's faults. Shimu and True Buddha Foundation (TBF) were also continually attacked in this scolding.
Honestly speaking,
Master Lianxiang had never mentioned XX's name and she could not understand why XX had bad-mouthed her. TBF did not say anything about XX either, and yet still, they were unable to avoid criticism.
I of course already knew these things:
1. Long ago, XX had already wanted to have her own organization.
2. XX had always been fighting for more territories.
3. They had been ''recruiting soldiers and buying horses.''
4. They installed ghost tablets wherever they went.
5. They relied on ghosts for spiritual consultation (where they had success in minor events.)
6. Many believers sold their family properties and donated the proceeds to XX.
7. XX indeed received spiritual union with ghosts.
8. XX conducts homas diligently because there is a great demand from the ghosts; the sheer number of ghosts cultivated by her is enormous.
9. XX is ambitious in her pursuit of wealth.
10. Through the connection with ghosts, she deludes people about cause and effect throughout the three times [past, present, future].

I have to question, ''Would someone like XX reduce their lifespan just for the sake of Grandmaster? I doubt it!''

Chapter 24: The 7th Question from Three Board Directors

XX claimed, ''This time the removal of XX Chapter from the True Buddha School (TBS) by True Buddha Foundation (TBF) was strategized by Grandmaster. Common people lack adequate wisdom to make the proper judgment. Grandmaster made this decision to protect us.''

Grandmaster's reply is:
First I have to laugh out loud: ha, ha, ha. This little associate is truly good at conjuring things.

I noticed this about XX:
She is a selfish person, which I had been observing all along without saying anything. She started to establish private groups.
She began to distinguish the founder of XX Chapter,
the reverends of XX Chapter,
XX siddhi, her own pure land, and
XX House of XX Chapter.

She has covetously attempted to take over the entire TBS, and expel Shimu and TBF.(She imagines herself as having surpassed Grandmaster, waiting for the right moment to take over Grandmaster, so that she can be the person in charge.)

She distinguishes purple light from white light, and says that the purple light is winning over the white light. She is delusional in her belief that the ghosts that she has been cultivating have successfully transformed into virtuous deities. In the future, they will advance by transforming into bodhisattvas, who will later become buddhas eventually.

I have perceived the following:
With the obsession of building her own pure land, she applies ghost practices, spreads ghost connections, and collects wealth through attracting clusters and clusters of believers. She smashes lotus flowers in all other colors. She attacks Shimu and TBF. Her goal is to remove Grandmaster and to accomplish ''True Ghost School!''

Let me tell this to everyone truthfully:
I don't establish any temples for myself.
I don't demand money from anyone.
I don't threaten disciples.
I am not attached to anything at all. I don't discriminate, don't have any delusive thoughts, and am not even partial towards Confucianism, Taoism, or Buddhism.

I do my best to help sentient beings. As long as I am able to do so, I will help.
Although I am inclusive, I can't tolerate her selfishness. I did not plot anything to cut out XX Chapter. She was the one who demanded the separation on her own.

Will I protect the XX Chapter?
No!
Why?
I believe in the oneness of heaven and humanity, of the buddha and humanity, and of the principal deity and oneself, whereas XX believes in the unity of ghosts and humans. What makes things even worse is that the ghosts [cultivated by] XX are fierce. They have harmed many innocent beings, causing them to commit suicide, to die suddenly, to get sick, to be disturbed, to have their qi stolen, and so forth.

How can I tolerate this? Let alone to protect this!